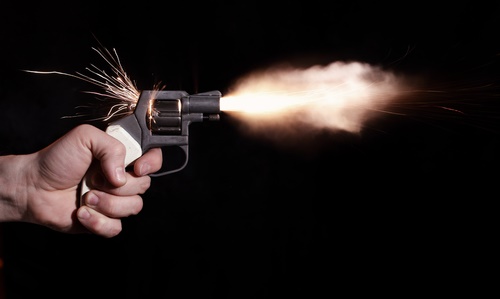 The month of December was expected to be a volatile period for the NZ dollar and global currency markets with the RBNZ Monetary Policy Statement on 10 December and the US Federal Reserve FOMC meeting last week on 17 December causing the market uncertainty and exchange rate swings.

As it has transpired, the responses by the financial and investment markets were more muted than anticipated and other developments such as the collapse in the oil price and credit market carnage have overtaken as influencing events over the markets.

However, there were some surprises here in NZ for the FX market to digest and react to.

The decision by the RBNZ to cut the OCR to 2.50% was not a major surprise, but the stronger than expected messaging that the 0.25% reduction was likely to be the last cut via the forward guidance for future 90-day interest rates was not something the markets were really contemplating.

As a result the Kiwi dollar moved higher on the announcement, not downwards as the RBNZ were clearly anticipating and hoping for.

It appears like another case of the RBNZ miss-reading the likely financial market’s reaction to their words.

The OCR bullet was fired with no resultant impact, and now the RBNZ has less firepower in their arsenal if the economy does get into problems over coming months from the summer drought climatic conditions.

In hindsight, the RBNZ would have been better advised to not cut the OCR, maintain the “easing bias” of future likely cuts, kept the NZ dollar down and preserved some bullets for when the might be really needed in the New Year.

As this column stated a few weeks back, who was going to actually benefit from an OCR reduction to 2.50%? Investors and exporters are worse off, the majority of home mortgage borrowers are already fixed and thus not benefiting from lower variable interest rates and the RBNZ themselves now have less flexibility with future monetary policy options.

The economy does not need any additional stimulus, it is going gangbusters with manufacturing, services, tourism, construction and retail sectors all enjoying robust growth already. The monthly ANZ business confidence survey results last Friday confirmed the upbeat economic environment and thus do not be surprised that this economy is back to 3.00% GDP growth rates a lot sooner in 2016 than most expect.

By contrast, Federal Reserve Chief Janet Yellen did not miss-read the markets with the first US monetary policy tightening in nine years last week. She played the doubting Tom’s, the doom-sayers and the protagonists superbly with the accompanying signalling designed to prevent market volatility and uncertainty. She achieved the desired outcome with the US dollar stable, the bond market not selling off and equities not over-reacting.

Plummeting oil and commodity prices have since weighed on sharemarkets as investors worry that it is weaker global demand driving these price slower. However, it appears to be more of an over-supply problem in energy and commodity markets at this time.

From current exchange rate levels of 0.6725 the NZD/USD rate is expect to move lower in the short-term for three very good reasons:-

Whilst these market conditions/forces should pull the NZD/USD rate back into the 0.6400 to 0.6600 range in the short-term, the longer term fundamentals for the NZ economy just continue to improve. The WTO Nairobi agriculture deal and the NZ/Korean free-trade agreement over the weekend just add to the other positives, such as the TPPA, recovering dairy prices, superior GDP growth and interest rates still well above other western economies.

The mid-year spike down in dairy prices that caused the Kiwi dollar to plunge from 0.7200 to 0.6400 now appears to be the aberration. Outside the anticipated summer drought turning into something nasty for the economy, the NZD/USD exchange rate is fairly valued in the mid to high 0.6000’s.

Exporters need to have FX orders in place to enter higher levels of long-term hedging.

To all our readers, have a wonderful Christmas and prosperous New Year.

So lets wait until things get bad and then adjust? or lets move a little to build support so things dont get bad and maybe better, a buffer if you will.