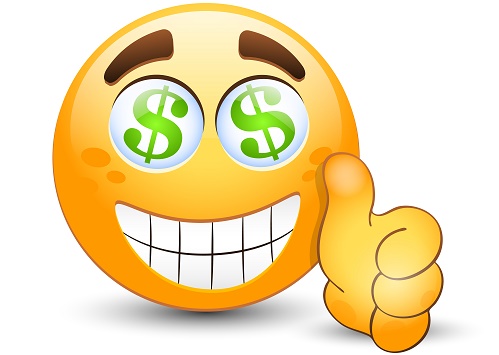 Yet again the NZ dollar has succumbed to selling pressure at rates above 0.6700 and has returned to 0.6625.

Over the last eight months a major resistance level has been established between 0.6700 and 0.6800 and each time the Kiwi has been pushed higher it has not been able to sustain the gains and attract any follow through buying interest.

On the technical charts both the 50-day and 200-day moving averages for the NZD/USD exchange rate have converged just above 0.6700 and this has added to market perceptions of the impenetrable cap.

Equally, on the bottom side of the Kiwi dollar’s well established 0.6400 to 0.6800 trading range, the support level 0.6400 has held firm with market speculators not prepared to sell the Kiwi dollar below this level as they clearly do not see it as a profitable trade. Market sentiment therefore has proven to be evenly balanced between the positive and negatives for the NZ dollar and therefore there is nothing to suggest that the rate will move out of the existing 0.6400/0.6800 band over coming months.

The negative variables that consistently hold the Kiwi dollar below the 0.6700/0.6800 barrier continue to be a stronger US dollar on global forex markets and the lower dairy commodity prices.

As anticipated, the USD sell-off in January to $1.1300 against the Euro could not be sustained and the greenback has returned to $1.0900.

Expectations of further monetary loosening by the ECB and improvement in more recent US economic data have caused the turnaround in the EUR/USD direction.

Global equity markets have also stabilised and settled over recent weeks after the ructions in January resulting in the earlier safe haven capital flows into Euro and Yen reversing over this last week.

However, confidence does soon return and the markets settle down when it becomes apparent that the transformation of the Chinese economy from infrastructure/capital investment to a consumer spending economy does not pose a massive threat to the overall global economy.

The US dollar should continue to improve against the Euro to the $1.0500 area over coming weeks and this will naturally pull the Kiwi lower to 0.6500/0.6400.

The US Federal Reserve may not necessarily lift their official interest rates another 0.25% in March, however the US economic data remains sufficiently robust to justify at least two further 0.25% increases in their short-term interest rates this year. Three weeks ago the US moneymarkets had priced-out any increases by the Federal Reserve, which was an overly pessimistic position on the US economy and market volatility.

It is very instructive for the medium term direction of the NZD/USD exchange rate that the FX markets have not sold the Kiwi down on the two large price decreases for wholemilk powder (WMP) at the last two Global Dairy Trade auctions. The current WMP futures prices for April and May point to an improvement in the WMP price at this Tuesday night’s auction, potentially an increase of around 5%. Given the close historical correlation between the NZD/USD rate and WMP prices, the current WMP level of US$1,890/MT suggests a 0.6400 NZD/USD exchange rate. A recovery back above US$2,000/MT in WMP leaves the NZD/USD rate fairly valued at the 0.6500/0.6600 area.

The longer term economic fundamentals of the New Zealand economy continue to strengthen. GDP growth has returned to annualised rates above 3.00% after the dip in confidence/activity levels in mid-2015. Outside of the challenges with prices in the dairy industry, the rest of the economy is buoyant and certainly boosted by the lower interest rate and exchange rate environment. The economy certainly does not need any additional monetary stimulation by the RBNZ in 2016.

The benefits of being in an enlarged regional trading block like the TPPA are clear to see for the NZ economy. The 10% crash of the UK Pound from $1.5500 to $1.3800 against the USD over recent weeks is seen as a swift and vicious verdict by the global FX markets that an economy like the UK is better off inside the tent of Europe than outside the tent. Economically speaking the UK’s exit from Europe makes no sense at all, however the June referendum result may well reflect the general public’s dissatisfaction with more emotional immigration and social benefit issues.

The RBNZ will have a tricky job to communicate the right tone in their upcoming 10 March monetary policy statement. They will not want to project a more bullish outlook on the economy as that would only send the NZ dollar higher and make it harder to get annual inflation into the 1% to 3% target band again. Therefore, they will need to maintain their “easing bias”, which is increasingly hard to justify when the latest ANZ Regional Trends survey to 31 December 2015 points to GDP growth well above 3.00%.

The NZ dollar is not going to depreciate too much when the economy is outperforming most others and our dominant commodity (WMP) is more likely to increase in price over the remainder of this year.

It's Monday. Roll out two articles regurgitating the same one-eyed view. Roger J Kerr is *nearly* enough reason to stop frequenting the site. Check the read count, comment count or any other engagement metric you use and tell me I'm wrong.