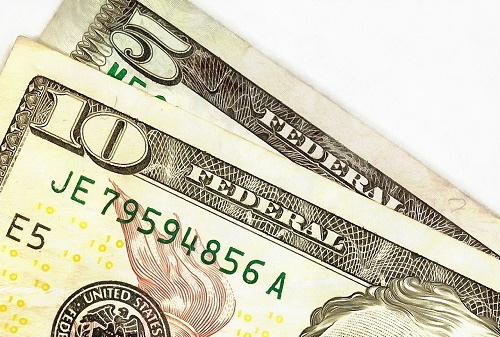 However, the subsequent currency market price action does not instill a lot of confidence that the Kiwi dollar can hold onto its gains and shift permanently above 0.7000. Already a weaker AUD against the USD over recent days has pulled the Kiwi dollar back to below 0.6800.

The US dollar remains under pressure in global FX markets, particularly against the Japanese Yen which has moved dramatically from 120.00 against the USD a few short weeks ago to 108.00 today.

The Yen strength is something of a real surprise as the Bank of Japan continues to print money with super loose monetary policy and the US are slowly raising their short-term interest rates.

Some commentators see the Yen in demand from funds coming out of China, these investor flows preferring the Yen over the USD for the meantime.

Measured against all economic fundamentals the strength of the Yen should prove to be a very short term blip and a return to 120 against the USD seems more likely in the medium term.

Local NZ exporters selling in Yen should be taking advantage of the spike down in the JPY/NZD cross-rate to below 74.00 by increasing forward hedging levels. There are media reports that the Japanese monetary authorities are contemplating direct intervention in the foreign exchange markets to reverse the direction of the Yen. Currency market intervention cannot be ruled out as the Yen strength is the exact opposite of what the Japanese money printing is attempting to achieve.

Evidence is accumulating that the recent rallies up in oil and hard commodity prices may have already run their course.

The Australian dollar has retreated very quickly from highs of 0.7720 on 31 March to current levels of 0.7550.

The RBA Governor Glenn Stevens jawboned the AUS down a few days ago by commenting that the higher AUD value would ‘complicate” things in terms of Australian monetary policy management.

Further reductions in commodity prices due to a general US dollar recovery against the Yen and Euro over coming weeks would see further depreciation in the AUD/USD rate to 0.7400.

The rapid AUD increases from 0.7100 to 0.7700 over the last two months appeared to be “too far, too quick” with the AUD buying coming from speculators front running the rally upwards in commodity prices. The global economic and industrial demand and supply situation for copper and iron ore has not changed, so the commodity price increases were never sustainable.

The economic evidence is also mounting in the US that Federal Reserve Chairman, Janet Yellen’s current dovish and overly cautious approach to lifting US interest rates may lose credibility and support as US growth and inflation continue to increase.

It may take two or three months of consistently good economic data to convince Chairwoman Yellen that further US interest rate increase are required this year.

Global financial market volatility that Yellen was so worried about as representing risks to the world economy has significantly reduced since the end of January. Ms Yellen will soon be forced to refocus on the US domestic economy as the offshore risks have subsided substantially. The key indicator to watch in this respect is US moneymarket pricing for short-term interest rates. Expected movements higher in the short-term interest rates will be positive for the USD, negative for the Kiwi dollar.

In respect to New Zealand-centric influences on the NZD/USD exchange rate, the CPI inflation data on 18 April for the March quarter may prove to be positive for the Kiwi as the quarterly increase is anticipated to be well above the RBNZ’s forecast of just +0.20%.

Dairy prices have stabilised despite media reports of increased European production if milk powder. The dairy price debate now centres on how long the recovery from the current US$2,000/MT price level to above US$2,500/MT will take. The Kiwi dollar downside risk of further falls in international dairy prices is much reduced and now behind the market.

However, potential future media headlines of lending banks ultimately taking a harder line on defaulting dairy loans will be negative for the NZ economy and NZ dollar. It would be in everyone’s combined and separate interests that those potentially damaging media headlines on the dairy industry never eventuate.

This must be the first time I've read Roger talking down the NZD and predicting falls. Down to 65 is a pretty big drop as well.

The Yen strength is something of a real surprise as the Bank of Japan continues to print money with super loose monetary policy and the US are slowly raising their short-term interest rates.

Surprise - I doubt it.

“I don’t think this situation will change in two or three months,” said Tokyo-based Inadome. Read more and more