Participants in the Reserve Bank's household expectations survey are forecasting inflation of 3.2% over the next year, while over half of them are worried about losing their jobs

Participants in the Reserve Bank's household expectations survey are forecasting inflation of 3.2% over the next year, while over half of them are worried about losing their jobs 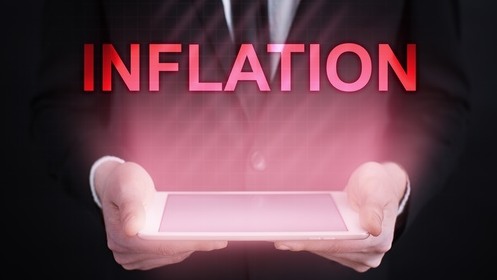 Economists and business people are telling us inflation is going to plummet - but householders think it's going to rise.

Participants in the Reserve Bank's household expectations survey are forecasting inflation of 3.2% over the next year, while over half of them are worried about losing their jobs.

The inflation results are markedly different to what economists are suggesting and indeed what was suggested by the RBNZ's recent survey of business leaders, which posted a record fall in inflation expectations.

On house prices, the householders are a little more on the same page, predicting a fall in the next year. However, they are picking a fall of just 0.5%, while many economists are picking around 10%, and the RBNZ itself expects a 9% drop over the rest of this year.

The RBNZ said the householders expectations of one-year ahead inflation increased to 3.2%, (weighted mean) up from 2.6% recorded last quarter.

"...There was more variation in one-year ahead inflation expectation estimates provided by respondents this quarter," the RBNZ said.

"This could be due to uncertainty surrounding the future impacts of the Covid-19 pandemic."

The weighted mean expectation for one-year ahead house price inflation decreased to -0.5% from 4.6%.  Respondents who expect house prices to decrease were most likely to be from the Wellington region (47%), followed by Canterbury (40%). The net proportion of respondents expecting higher house prices has fallen to 0.2%, down from 73.9% last quarter.

The survey put in some extra questions this time around in response to the impact of Covid-19.

"Over one-half of workers are worried about their job security, particularly among younger people," the RBNZ said.

"Around 60% of respondents usually in paid work reported feeling at least slightly worried about having a job in 3 and 12 months’ time. Those aged 18-29 years old were more likely to express feeling at least slightly worried about their job security compared with those in older age brackets (e.g. 73% of respondents aged 18-29 reported feeling this level of concern compared with 58% of those aged 45-59 years old).

"Looking at the situation for mortgagors, just under one-half (46%) of mortgagors reported feeling at least slightly worried about missing 1 or more mortgage repayments in the next 3 months. Most said they would take a mortgage holiday (46%) and/or shift to interest-only repayments (41%) if they were at risk of missing a repayment."

The data is sourced from UMR Research’s nationwide omnibus survey, which is an online survey of a nationally representative sample of 1056 New Zealanders aged 18 years and over. The fieldwork for this quarter was conducted online from 21st April to 1st May 2020.

Fascinating.
Shows how deluded most of the sheep are.

So true. It'll be an interesting few months ahead.

On the one hand more than half are worried about their jobs, on the other they don't think house prices will drop

Quite breathtaking isn't it

Be aware this survey was taken in the final 2 weeks of last month. When you consider the significant shift in house price expectations the last 1-2 weeks (as per todays headline article) you could conclude this survey is already well out of date.

If this is a bubble, then its certainly in the denial phase.

I think it shows how effective the constant stream of "property always goes up" propaganda they are subjected to.

They should probably put another question on the survey: "Do you know what deflation is?"

Is that when rents go up?

"On house prices, the householders are a little more on the same page, predicting a fall in the next year. However, they are picking a fall of just 0.5%, while many economists are picking around 10%, and the RBNZ itself expects a 9% drop over the rest of this year."

I honestly can't think of a more crystal clear data point to illustrate that the NZ housing market runs on pure delusion.

Speechless
I agree
Banks and . . . "many economists are picking around 10%, and the RBNZ itself expects a 9% drop over the rest of this year."
Meanwhile posters on this site predict a fall of 50% plus.
I honestly can't think of a more crystal clear data point to illustrate that the some of the posters on this site run on pure delusion. ;)

It's cute how you think you have a point

Speechless
We will see.
Cheers

Oookaaay... see what? If you're implying house prices not dropping by 50% means you have a point then nope, you still don't have a point.

House prices won’t fall by 50% in nominal terms. Inflation could very seriously rise to 20-30% year on year for a year or two, with the government looking the other way via the maximum sustainable employment clause.

The effect of injecting extra money into a system that effectively couldn't spend. Mortgage payment holidays, wage subsidies, that's a lot of money in deposit, just waiting to be spent. The supply chains being affected, reducing supply, like potatoes, going up 18%. (And they're the base staple!).
And now no lvr, and dropping interest rates.
Even worse, all those kiwi saver funds, investment funds etc, all seeking higher and higher returns, no doubt going into riskier, and riskier assets. Then the Aussies want to call point of order on China, bad news being they (Australia) are still one of our biggest trading partners. The list simply goes on. Those in the central banks, the banking system full stop, have created this perfectly enormous storm. Who would have thought? Certainly not those that are still waiting to hear about the latest increase in house prices.
Incredible!

Its possible over time if more manufacturing and services are onshored because they will have a slightly higher cost base due to wages, legislation and lower cost of scale advantage that off shoring enjoys which has been a key factor innthe low inflation of recent times.

They have never heard of or dont understand DEFLATION , probably because the RBNZ refuses to use the word in public , and the mainstream media dont have a clue WTF is going on .

The poll results show me one thing .........the average person knows he/she is facing a very hard time ahead , is staring down a cliff , but its covered in fog , and they cant see exactly what they re facing .

The general public seem significantly more clued in than the RBNZ. We are looking at a contraction of global productive output. The last time anything like this occurred was the OPEC oil shocks which resulted in inflation everywhere irrespective of demand. We are going to be hit by inflation and it is just a matter of how much, of course the RBNZ is cranking up the printers.