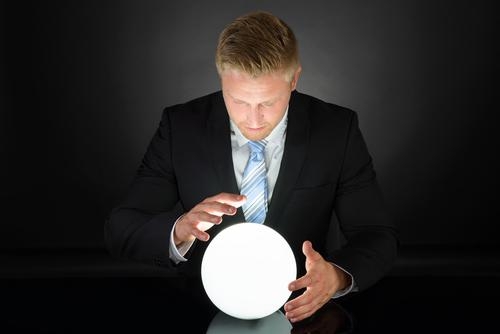 It will be a major surprise among economists and in the marketplace if the Reserve Bank DOESN'T lower official interest rates to 2.75% from the current 3% at the next scheduled review on Thursday, September 10.

The bigger point of contention among the economists is what the RBNZ will come up with in its economic forecasts - it's educated version of crystal ball gazing - in the latest Monetary Policy Statement.

Much has changed since the central bank issued its last set of economic forecasts in June and many of the principal assumptions are now looking, well, wrong. That's the hazard of trying to forecast the way the economic winds are blowing when the global economy's volatile and the New Zealand economy's starting to slow down much more quickly than was expected.

So, the RBNZ will have reworked a number of its main forecasts and our economists will be poring over these new projections come next Thursday.

ASB chief economist Nick Tuffley cites a number of reasons why the RBNZ's growth outlook will come under added pressure, including:

"The former will reflect economic indicators pointing to weaker forward momentum than had been assumed previously whilst the latter will reflect the expected direct pass- through of a materially weaker exchange rate than assumed previously. Heightened international economic and financial risks, together with the possibility of a summer drought, will likely leave the RBNZ more focused on possible downside risks to growth and inflation, rather than upside risks," Gibbs said.

ASB's Tuffley is picking that the Official Cash Rate will be dropped to 2.75% next Thursday, with another - and final - quarter of a percentage point drop in October, taking the OCR to 2.5%.

"The risks lie to a lower OCR than 2.5%, despite the RBNZ’s recent view," Tuffley said.

"In his July 29 speech the RBNZ Governor implied a minority of forecasters (e.g. those picking a 2% low in the OCR) were forecasting an outcome consistent with a recession.

"However, we can easily see scenarios in which the OCR needs to drop to 2%, either through the inflation process remaining surprisingly subdued or through further shocks to the growth outlook. The lesson from Australia’s and NZ’s tightening cycles after the Global Financial Crisis is: it is far easier to inadvertently set interest rates too high than too low.

"The RBNZ has also recently acknowledged that the ‘neutral’ interest rate for the economy may be lower than previously assumed. Our working assumption is now 3.25%," Tuffley said.

He said while the RBNZ had indicated it wasn't seriously considering a sub-2.5% OCR, if it did "an about turn" and hinted the OCR could go lower than that, it would likely "take the market off the current 2.5% leash".

"So, even though current fixed rates are very attractive for borrowers, we see some risk they fall slightly further - but patience beyond the September MPS may be necessary."

Deutsche Bank's Gibbs had a slightly different opinion. He said given the "benign outlook" for domestic inflation, a desire to maintain downward pressure on the exchange rate and the RBNZ’s likely assessment of the risk profile, Deutsche expected the central bank would retain an "easing bias" following the expected rate cut next week.

"However, we expect the RBNZ will be keen to avoid giving the impression that a rate cut at the next review on October 29 – or indeed any subsequent meeting – is fait accompli."

Gibbs said the decision whether to ease policy further on October 29 would depend on the information flow in the intervening period, including developments in the global economy, local economic data, and the behaviour of commodity prices and the exchange rate (the latter dependent in part on reaction to the policy decision that the Federal Reserve will make on September 17).

"At this point we continue to think that the risk profile around the New Zealand economic outlook will evolve in a way that favours the RBNZ easing by a further 25bps at the October 29 meeting. That easing will become more likely if signs emerge to suggest some easing of price pressures in the (Auckland) housing market as some very recent anecdotes suggest."

The bigger point of contention among the economists is what the RBNZ will come up with in its economic forecasts - it's educated version of crystal ball gazing - in the latest Monetary Policy Statement.

Doubt it, all eyes are on the money.