Co-operative Bank CEO Bruce McLachlan says it's 'quite telling' that no other bank has yet followed HSBC's 3.95% mortgage rate

Co-operative Bank CEO Bruce McLachlan says it's 'quite telling' that no other bank has yet followed HSBC's 3.95% mortgage rate 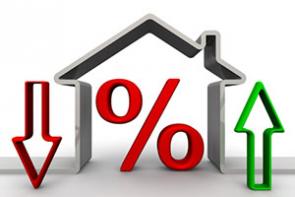 The fact no other bank has yet matched HSBC's recent 3.95% mortgage rate suggests other banks are saying they can't make money at 3.95%, says the Co-operative Bank CEO Bruce McLachlan.

"HSBC's move was a little surprising because there has been a lot of commentary out of the banks about how wholesale funding costs have risen circa 30 points in the last couple of months. So if wholesale funding rates have risen that much then it's surprising given where other funding rates are that they can do 3.95% and make any money. I think it's quite telling that no one has followed them yet," McLachlan told interest.co.nz.

HSBC's "premier" customers require at least $500,000 in home loans with HSBC in NZ, and/or a minimum value of $100,000 in savings and investments with HSBC in NZ. Overseas HSBC premier customers automatically qualify for the same status in NZ.

McLachlan said with nine month retail deposit rates hitting the 3.60% mark and the yield curve pretty flat, banks can't raise retail deposits at 3.50% or 3.60% and lend it out at 3.95%.

"You just can't do that. (Because you're) not even close to being able to generate a return on your capital. Good luck to them (HSBC). They know what they're doing and they may have a cheaper funding source which others don't have access to," said McLachlan.

The Co-operative Bank is 100% retail funded.

As well as being the Co-operative Bank's CEO, McLachlan also has good understanding of how the big banks operate given he's a former Westpac NZ executive, where he was acting CEO for nine months in 2008-09.

Meanwhile, McLachlan said although the Reserve Bank was under pressure to cut the Official Cash Rate (OCR) from its record low of 2.5%, the broader economic environment doesn't need a cut.

"I do think the general New Zealand environment is not one where there's rate cuts needed to support demand. There's plenty of demand across New Zealand right now and it's based off some strong fundamentals. (There's) a lot of confidence, some reasonable economic growth, strong migration, good tourism numbers, etc etc."

"It's not an environment where you'd normally be inviting rate cuts. But obviously the whole inflation picture is one that not many people have called and if you believe inflation's going to be staying low, then obviously rates go lower," said McLachlan.

"But I challenge people's ability to look at what is the real long run rate of inflation once these commodity price reductions have gone through."

Economists from ANZ, ASB and Westpac are calling for OCR cuts with 2015 fourth-quarter Consumer Price Index inflation just 0.1% year-on-year, and expected to remain below the Reserve Bank's 1% to 3% target range for some time.

The Reserve Bank's next OCR review is on March 10.

Bank were so profitable only they and Insurers could afford to buy high rise office blocks in the CBD and pay outrageous wages and bonuses .

Now there is deflation , ( helped I suspect by money printing or QE)., and things have changed .

This is the new normal , the shoe is on the other foot , tough it out !

What the Coop needs to do is offer a mustang V8 as a monthly prize like the TSB, actually they should just give them away. These banks will engage in whatever antics to maintain market share . If it means two or three percent mortgage rates irrespective of current wholesale funding then that will be the outcome.If the housing market goes south short term funding/profitability issues will matter none

I guess Bruce will be surprised when HSBC lowers further which is expected I've heard - direct from the source.

Why would they lower further if they already have the lowest rate on offer?

Excellent question. I didn't pursue that line of questioning though. It wouldn't be in my best interests.

Depends, as that "lowest rate" comes with many terms and conditions. One example, you are required to have $100 thousand in deposit I believe.They may create other levels of T&C to offer even lower rates.

No way they are going lower any time soon. Would need OCR to be cut by 50 before they change.. even if other majors matched, there is very little incentive for a public rate below where it is currently.

Thank you Bruce regarding your observations about HSBC funding .

What did I say on this site about HSBC funding last week that was taken to task by David Chaston.?

Of course HSBC has some "other" funding model, as Bruce suggests , we are all in the dark , and would be interested to know ( and also to be sure they not taking too -big - to -fail risks and are compliant with New Zealand law in the process ).

I said I suspected there was offshore funding at close to "zero", and they would carry the currency risk .

HSBC don't give away much , so until we know, we can only speculate.

He was right to take you to task, because there is no way that HSBC is funding at close to zero and taking the currency risk. The regulator wouldnt allow it, and it would be incredibly risky banking. What he meant by lower cost of funding was their credit spread. They are an international name, with a global balance sheet. HSBC 5 year CDS is 123 points, which is less than our banks (CBA, Australia's biggest and most profitable bank and owner of ASB has a current spread of 140 for example). A co-ops funding would be higher still..

But to be honest i think HSBC are just trying to buy market share, and as NZ operation is only a very small cog they can afford to do loans at a very low ROE and just ride it out.

The regulator wouldnt allow it

Oh yeah? .. so you think our regulator would withdraw their NZ banking licence?

and it would be incredibly risky banking

Nothing would surprise me where this industry is concerned.

Well with high mortgage rates and house prices, you won't attract new migrants would be interested in moving to NZ. Especially when they're use to much lower mortgage rates at 1 to 2%.

So a vseted interest who admits he cant make money at 3.95% says there isnt the need to go lower, yes of course there isnt.....really.

As the tide goes out, than banks will be left having to stop hiding behind the RB and take the flak they deserve.

No way that the big banks could say "we can't make money at 3.95%" when they are each making billions.

I reckon all the big banks in NZ will be offering sub 3% mortgages by year end!

for that to happen NZ would really be in strife, why would you wish that

sharetrader ..... one answer, total self interest and greed .... so bb borrows more and we get further and further into debt ....wonderful

Note it is the Co operative bank saying this and they are 100% retail funded. Other banks, eg HSBC, has multi sources of funding and a lot more angles to work. Their situation is different from Co operative.

Several ways to take this; what is the bank's cost structures? Is he trying to influence the market (how and which way)? How secure is the Cooperative Bank? Bank profits to date generally results in a lack of sympathy.

Using fractional reserve banking surely they can make money even at these slim margins? Remember, for banks, mortgages are assets and deposits are liabilities.

Yup. You will never get a clear answer on the fractional reserve stuff. Nobody likes talking about it.

It was once said " a man who need not work.....won't unless burdened by his debts". Banks only produce DEBT and the facilitation of debt, yet this is glorified when their profits are announced rain or shine. My question is this. Do banks do us good as a society? Do they enhance it, make it more efficient, make it fair and just? Or are they the biggest burden overhanging any real progress made by the human race? Are they why no human has yet stepped on Mars for example.
I often contemplate such thoughts. Am I alone

Although the lenders have become institutions (Banks) they have been around since the potential to finance a small war was fashionable. Enhance ? probably not, Exploit absolutely! its what they do best at both ends of a trade........as to Mars Justice , I'm sure if they can find an angle to exploit they'll finance that too.
Fair and Just ? now that's not a credo for the machine....It has no face, nor thoughts of contrition for its greed.

Welcome back Christov ! We missed you.

Thanks David , I will hopefully get to spend some time back here Cheers

Thanks for the opinion.

So nice to see you're back on here Christov. Hope you are well.

Cheers Notaneco.....still battling but hoping things will improve.......all the best

Dude where have been, hope we get regular posts again.
http://thesaker.is/capitalism-requires-world-war/

been missing you boy

I've always wondered what would happen if you went to an auction and you say to the group ' you can have this one mate, I'll not bid against you, I'll get the next one (or the one after that)'. Together as a society we could systematically push prices down. Down to a point were there is little to know lending to banks. Of course why would you want a large mortgage? No one does. Yet that is exactly what we are achieving by counter bidding against each other at auctions...Madness really. We're systematically destroying each others lives by pushing house prices through the roof. Why, so that we can live a life of debt?

Humans often make very little sense. Either that or they're far more fearful than I realised (fear of missing out that turns us into greedy, self-centred beings).

Yes IO the problem is the person who buys the first property cheap will want to buy the next one as well, all backed by a banking system who have a strong self interest in never lertting the ponzi colla[pse.

Yes and when the Ponzi collapses (which Ponzi's always eventually do, some last longer than others) and prices are tumbling, it's amazing how generous we become. We would go to an auction and say, 'You can have this one mate, I'll get the next one (at a cheaper price)'.

Aucklanders and property investors may suddenly become 'generous' over the next few years if prices start falling.

so the European banks with mortgage rates at 1-2% don't make money?? NZ will see lower rates, that is just what happens around the globe. Is NZ not part of that globe, we want to be part of the globe in every other aspect.