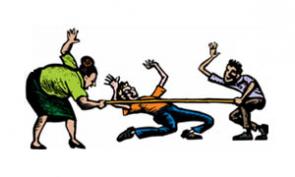 There was no case to not pass last week's 25 basis points Official Cash Rate cut onto floating mortgage rate customers in full, and those borrowers shouldn't have to pay for pressure on bank margins elsewhere, Co-operative Bank CEO Bruce McLachlan says.

McLachlan told interest.co.nz he was surprised other banks didn't pass through the full 25 basis points.

"We are because we didn't believe that there was any case not to pass it on. That was our view. I know others have different views and that's fine they're allowed theirs. But we didn't think there was any case to not pass it on. We considered it for a few minutes and said 'no we can't withhold any we don't have a basis to,' and really why would we?"

"We're really happy with where things have ended up for us," McLachlan said.

'A gap in that logic'

He added, however, that the Co-operative Bank wasn't challenging the view of other banks that margins have been under pressure over the past year.

"We're all experiencing that," McLachlan said.

"But the reason we didn't think there was a reason not to pass the whole lot through is because actually the margin problem is not floating rate mortgages. That is the most profitable part of the mortgage market. And I just don't see if there's margin pressure everywhere else why your floating mortgage customers should be the ones that bear that cost. Because in a sense they've already been wearing a cost having a substantially higher rate than other mortgage customers."

"So when you look at the conscious decisions that banks have been making which have affected margins, cash contributions, broker costs and low fixed rates, it just doesn't seem to me rational to then say that because of those decisions that floating rate mortgage customers should bear that cost. I just think there's a gap in that logic."

As reported yesterday, SBS Bank CFO Tim Loan noted a factor in his bank's decision to pass on just 15 basis points of the OCR cut was concerns about a new low for the OCR and the flow on impact to deposit rates.

"We saw the same thing occur in late 2008. We have real uncertainty around domestic depositors reaction to low interest rates. We therefore have to be careful when reacting to the OCR as we need to be mindful of the effect on our retail deposit base. We are not at all convinced that the funding issue is isolated to wholesale or offshore," Loan said.

ANZ and BNZ both blamed rising wholesale funding costs for their decision to only pass through 10 basis points of the OCR cut to their floating mortgage customers.

McLachlan said deposit rates were the other side of the bank margin compression story over the past year, saying retail deposit rates haven't fallen as far as they probably should have.

That said, lower interest rates for depositors are a global phenomenon, he added, saying overseas in this low inflation environment people are prepared to have zero or even negative bank rates "just for the certainty that they're going to get their money back at the end."

Interest.co.nz received a promotional email yesterday from TBK Capital's John Paine saying: "I was talking to Augusta Managing Director Mark Francis yesterday and he told me the recent - and unexpected - lowering of the New Zealand Official Cash Rate has resulted in over 100 new enquires about the Augusta Value Add Fund No 1 (property syndicate) offer."

McLachlan acknowledged some yield chasing savers/investors could move money from bank deposits to property, but suggested the evidence from overseas is that most people aren't wanting to take more risk in the current environment.

"I think some of the evidence might be that people have been willing to take less risk and actually capital preservation in a low inflation environment becomes really critical. So I think it's right to call that there's a big adjustment process going on. What that's doing is affecting people who are in retirement, but it's affecting more those people who are thinking they're going to enter retirement because they're now realising they're going to have to save a lot more money to actually earn an income. And there's a real depressing effect of lower rates which I don't think the Reserve Bank's really accounting for," said McLachlan.

"They drop rates to stimulate the economy, and I think this is what you've seen in places like Japan - really, really low rates have actually stopped spending rather than stimulated it. Because if you've got older populations their spending habits are driven massively by their income and their prospects of future income. So the reality is all of us now need to save a lot more for our retirement." (Also see John Mauldin's ZIRP & NIRP: Killing retirement as we know it).

Peer-to-peer lenders could also attract yield chasers, he acknowledged, but added that although these could be "reasonable flows" relative to their current size, this wouldn't put a dent in bank balance sheets.

"System deposit growth is still over 10% and we've had pretty low interest rates by New Zealand standards over the last year, (and) that's still growing at a rate above credit, (which is) about 8%," said McLachlan.

What has accepting a lower deposit interest rate got to do with getting your money back? In fact it better reflects a tendency of banks' reckless lending decisions being socialised by domestic savers because it is clear professional foreign wholesale lenders recognise as much and demand a risk premium up front for risk endured today.

What has the growth mismatch between designated household bank liabilities (deposits) and general bank credit growth got to with the level of interest rates paid to retail depositors? The same liabilities ledger could easily be balancing another another growing, but small segment of higher interest asset loan type. For example, a retiring farmer sells to a mortgaged up corporate agricultural entity and places the proceeds in his personal account. And lets not forget household deposits represent just above a third of total NZ bank claims Furthermore, RBNZ reported total domestic funding growth around 8.8% and conveniently cannot report the foreign funding contribution.

This article represents the arrogant, but nonetheless erroneous justification, of the worst aspects of central bank wealth redistribution polices, generally executed by incompetent unelected academic fools and their acolytes seeking the approval of the unseen beneficiaries pulling the wrong strings behind the veil.

I would say it just got a whole lot more expensive to raise USD funding.

Investors at home and abroad can’t get enough 10-year Japanese government bonds, driving the yield to an unprecedented minus 0.135 percent.

The negative yen basis swap acts like leverage where even yields on the interim “investment” are negative. Any speculator or bank with spare “dollars” could lend them in a yen basis swap meaning an exchange into yen. Because you end up with yen you are forced into some really bad investment choices such as slightly negative 5-year government bonds, but that is just part of the cost of keeping risk on your yen side low. Instead, the real money is made in the basis swap itself since it now trades so highly negative. The very fact of that basis swap spread means a huge premium on spare dollars; which is another way of saying there is a “dollar” shortage. Because of the shortage and its premium, you can swap into yen and invest in negative yielding JGB’s in size and still make out handsomely. There has been, in fact, a rush of foreign “money” into Japan to take advantage of this dollar shortage; the fact that there has been such enthusiasm and it still has not alleviated the imbalance proves scale and intractability. Read more