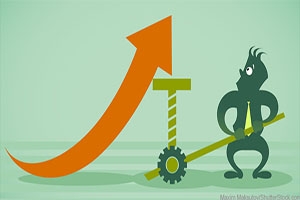 Mortgage rate rises are spreading to other banks quickly now. And some are coming back for rapid-fire repeat raises.

ASB is raising rates again today having previously raised them on November 5.

BNZ is back raising mortgage rates as well. In this cycle, they first raised them on November 8, and then again on November 21.

Both banks are also raising term deposit rates at the same time.

This combined change mirrors what ANZ did yesterday (Thursday).

ASB has raised all mortgage rates from 18 month fixed terms for both standard and special offers.

BankDirect has made the same changes, as has Sovereign.

Update: ASB has now confirmed it has increased its floating rate as well, raising it by +10 bps to 5.65%.

Sovereign however has also sneaked in a +10 bps hike to their floating rate which was already higher than its parent, taking that to 5.75%.

ASB rate rises range from +16 bps for 18 and 24 month 'specials' through to +30 bps for four and five years rate offers.

However, over the same timeframe as the ASB changes, the BNZ rises for 4 and five year are +30 bps, and for 7 years are up +44 bps.

We will have a separate report on the parallel term deposit changes soon.

These changes follow the sharp rises in wholesale swap rates for terms of three years and longer. In fact, the steepening of the rate curve has been quite marked over the past two weeks.

Borrowers should expect other banks to respond in similar ways for similar reasons. The availability of low long term fixed rates is closing quickly.

A snapshot from the key retail banks is:

In addition to the above table, BNZ has a fixed seven year rate which has been raised again today by +10 bps to 5.99%

It is going to be a risky time for NZ the higher interest rates go. Many people may be unable to service borrowing for real estate at higher rates, so can't pay the mortgages they have. It's likely to weigh on property prices. Also banks bad debt levels and credit ratings are likely to be affected. This could turn nasty.

That's why you should be looking for higher yielding properties.capital growth secondary.and pay down debt in the good times.I'd hate to be holding onto a few houses with a four percent yield.

Higher yields will come from lower property prices or higher rents. Which will give first?

Unless there's a sudden rise in wages rents wont go up.

Rents are going up.eight percent in waikato and fifteen percent in bay of plenty.they've been going up for ages.

Not everywhere they haven't.

Wow. The OCR drops and the banks raise rates.ASB has big ones to raise their floating rate. So glad I don't bank with them.

How is this not just straight profiteering?

Because the banks cannot borrow at the OCR to provide mortgage lending. They are not allowed to. Why else do you think the BNZ is so desperate for term deposits they are offering 4%? If they could borrow at the OCR of 1.75% to fund their lending, believe me they would not be offering 4% for a term deposit. The margin for BNZ is very skinny if they are offer 4% on a 2-year term deposit and lending the money out again at only 4.45% for a 2-year fixed mortgage.

These interest rate rises are microscopic really.
These so called hikes aren't worth talking about.
The rates for under 3 years are under 5 per cent and bearing in mind that most people will still be fixed at over 5 per cent when their fixed rate expires then they will be paying less than they are now.
Rates won't ever see 6 per cent again, and you can quote me on that!

I don't know if you are naive or foolish saying that interest rates won't ever see 6 percent again - more like wishful thing. Westpac in Australia has just announced increases of up to 60bps in home loans.....

Coming to a New Zealand bank near you.....

Rates in Oz are still under 5per cent which is under 6 per cent.
You can get 30 year loans in U.S. For just over 4 per cent fixed.
If rates dramatically increased over there there will be another problem with owners paying which the U.S. Can not afford to have and so high rates will not occur.
Maybe naive but can't see it happening anytime soon.
High rates high deposits just means no first home buyers whatsoever in Auckland anytime soon!

The US is not New Zealand, as far as I am aware New Zealand has never had 30 year mortgages. Currently most mortgages are fixed for up to 5 years. Checking the interweb earlier in the year US mortgage rates were @ 3.85% for a 30 year mortgage , now that has increased to @ 4.30%. You are assuming that the market has human characteristics - it doesn't - the market doesn't care - it's a socio path - it will eat your equity for breakfast.

...or maybe it will give The Man 2 even more equity because...it doesn't really care.

Bad Robot, if they are able to borrow still for 30 years then they obviously aren't thinking that rates are going to leap anytime soon.
Doesn't affect me unless they hit double figures and if that is the case either inflation is flyingand capital gain will be huge or the world is stuffed and then everyone is affected including you!