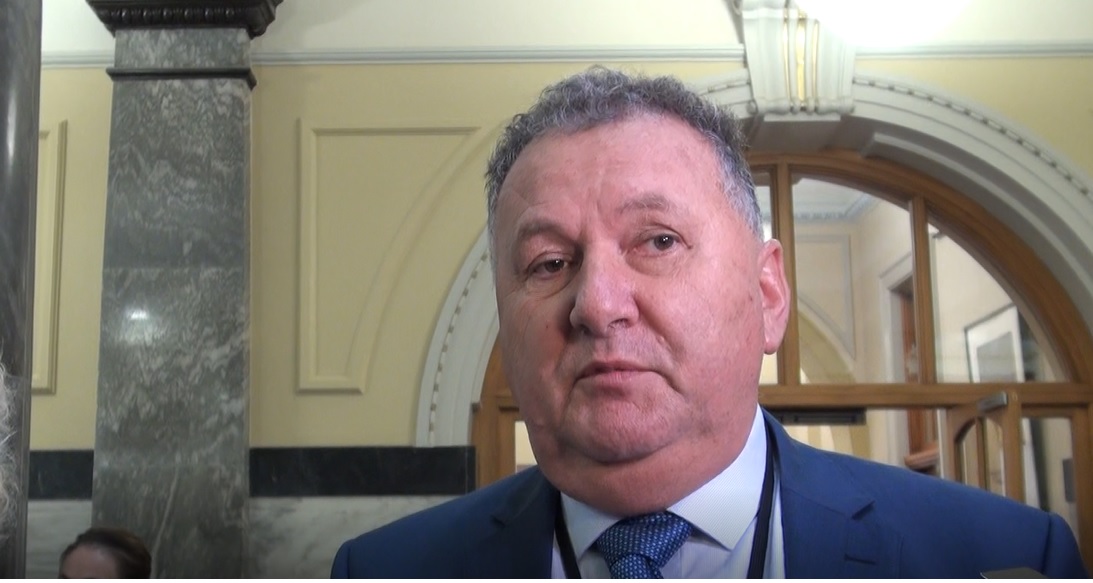 NZ First MP Shane ‘the Provincial Champion’ Jones has taken yet another swing at big corporates, this time taking aim at the Aussie owned banks operating in New Zealand.

Jones, who is also Minister of Regional Economic Development, has taken issue with the banks closing branches in the regions while continuing to make record profits.

“I have been approached by people who are pissed off that the range of banking services in the regions are being dialled back at a time when their profits are stupendous,” he tells Interest.co.nz.

According to the Reserve Bank, the major retail banks, ASB, BNZ, Westpac and ANZ made a combined profit of $4.9 billion in the year-to-December 2017.

Meanwhile, the bank workers’ union says some 50 Westpac, BNZ, and ANZ branches have closed across the country.

Jones is taking this complaint up the chain and has made an appointment to meet with Reserve Bank Governor Adrian Orr within the coming weeks.

“He’s the regulator; I know the banking licence regime largely relates to prudential considerations and I’m going to find out from him ‘is there any scope for bringing forward amendments that require the Australian owned banks to observe the principals that once [the banks] set up, to maintain a level of service.’”

He says MPs are entitled to go and see the Reserve Bank Governor “any time of the day,” adding that former Governor Graeme Wheeler always made time for politicians.

Jones says the banks could “quite easily” meet the costs of the staff and maintain the services in a lot of the regional branches.

He knows this does not fit the banks fiscal model, but he says kiwis should expect the Australian owned banks to offer a certain level of service.

“This is a policy issue and I’m going to bring it forward as the first citizen of the provinces.”

But a spokeswoman for ANZ says the bank continues to have a large presence in rural New Zealand and “provides more banking options to customers than ever before.”

She says more ANZ customers are choosing online banking over visiting a branch.

“From the end of 2010 to the end of 2017 the number of people going into branches has declined by 68% as New Zealanders have chosen to use smart ATMs, phone, internet and our GoMoney smartphone app to do their banking.”

Jones’ comments are the most recent in a series of attacks against big business.

He took aim at Air NZ in March, calling for the sacking of its Chairman Tony Carter after the airline cut some of its services to provincial parts of the country.

A month later, he was attacking The Warehouse and in June he called for the head of Fonterra’s Chairman John Wilson for overseeing the co-op’s investments in China.

Next initiative: bring back the manual telephone exchanges in every rural town - think of the Employment Opportunities and Lookit what them Rich Pricks in the telco C-suites are raking in....

I struggle to see why a bank branch is necessary in this age of electronic banking. It would have been appreciated if the banks had passed the cost and efficiency savings on to their customers. I joined BankDirect on that premise but unfortunately ASB rolled it back into their normal operations.
The only reason I go to the bank is because NewsCorp still insists on sending me my 70c dividends by cheque from the US. BankDirect offered a freepost cheque deposit service but ASB does not.
Shane Jones's constituency probably do not have reliable internet, are suspicious of technology, and work in a cash economy. I'm not sure how big this constituency is though?
Where I think there is a gap in the market is for a frictionless e-bank that charges no fees. The capital we provide to the bank should easily cover the running costs.

There is still a digital divide out there, with some rural places still not having reliable internet and cell phone, and some elderly people not able to grasp the technology.

Some creative solutions would be good - shared spaces are a good idea.

"is there any scope for bringing forward amendments that require the Australian owned banks to observe the principals that once [the banks] set up, to maintain a level of service"

I think the short answer is no. A bank is a business and it needs to operate like one. Let's face the facts, despite all the ghasts and handwringing, people use the Big4. There are other options such as credit unions and Kiwibank but people won't move. I don't think Mr. Jones should be planning the economy.

The first citizen of the provinces" that would make people in Taranaki laugh. Also, wasn't Caesar the "first citizen" before Brutus ended those ambitions.

IF there were no worthy customers in regions, there would not be worthwhile to keep bank branches.

What do the staff in these outposts do all day when customers don't go through the front door?! But, easy answer Shane....
Set up a MultiBank counter ( the same desk services all the bank brands) in the offices of Government that are already in these far-flung places; like in the Post Office ( make Kiwibank the MultiBank customer face); the Dept of Social Services, and ( think laterally, Shane), even the Police Stations!

Practice their armed hold up procedure.. "would you like your money in a plastic or paper bag?.. oh, hang on, plastic's been banned, paper it is."

The government has banned plastic bags, next on the list is plastic notes.

Fine by me.. make all currency digital and see how many lunchbars and tradies suddenly see a 100% spike in turnover. Might make it hard for the gangs to run a tinnie house undetected too.

Maybe he could fire a shot at NZ Post next and get their once decent service levels reinstated?

Jones is the thinking man's Trump - the transgressive idiot. He's doing a role.

I'd like what I had in childhood in the 50's: a leetle store, right next door, bread handed out with no wrapping, milk dipped out of the unrefrigerated can, flour scooped out of the bulk bin to a paper bag. A few mousy smells, mind you, a few spiders in the flour but it's left me with an immune system to die for. Or for lesser mortals, Of.

Perhaps the Minister For Pork should open an account at Kiwibank, or is that not flash enuff?

Banks are a business and should not have any influence by Government, times are changing just like NZPost cutting down delieveries another stupid Jones/Col idea.

Very shallow thinking. Put your Late down and think what he is trying to achieve

Buying votes. Nothing more nothing less. Look at the man himself, he’s a poster boy for excess and lack of self discipline.

What do banks actually do for their $1000 or so creamed from every man women and child every year?

Redcows - they invest 10’s billions of capital into the NZ economy to provide you with your house, car, and luxurious excesses - not much - lets have them leave right ? Actually the only big NZ bank, the BNZ, did in the 80’s when it went broke. We need more of them

Common guys think outside of the square. Shane Jones is!!!! other wise we should all be living in New York or London.

How about really thinking out of the square?

Is interest-charging a valid part of what we have to turn society into? Exponential growth is now up against physical limits - interest has been a contributor to that. Is there a business model for banks beyond that?