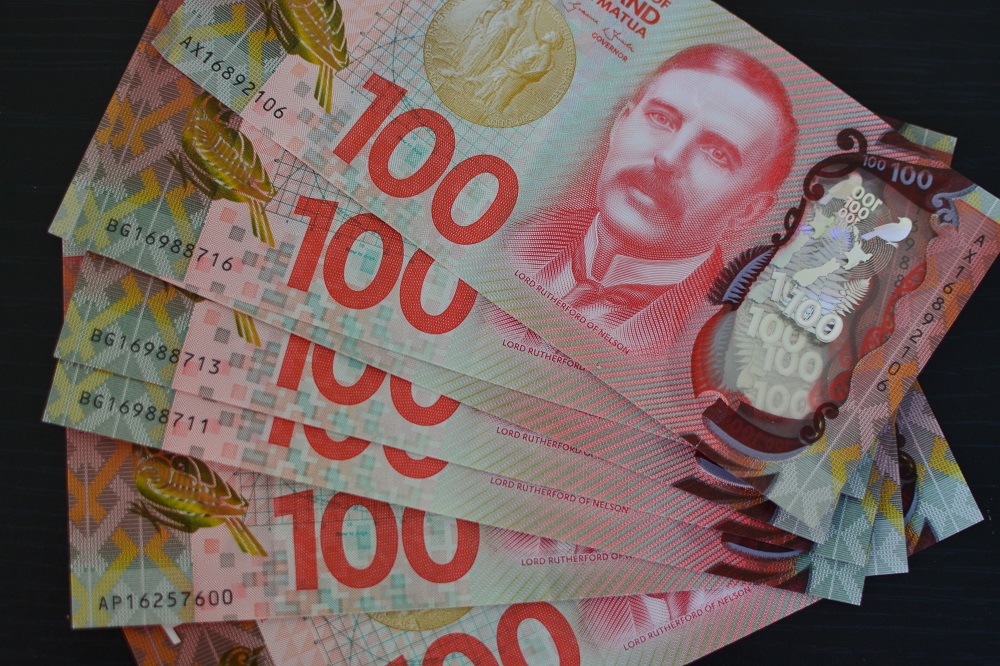 Economists are concerned that Treasury's economic forecasts are too rosy and that the Government might get into trouble with its spending plans in future years.

And ratings agency S&P Global Ratings, while not changing its view on NZ's strong credit rating, notes that the forecasts for NZ are weaker than it expected due to the increased spending.

"There is going to be tension over the coming years balancing fiscal discipline with spending demands," Cameron Bagrie of Bagrie Economics said.

"The spending demands are heading one way and the Treasury’s growth forecasts still look on the high side.

"... If spending continues at the current pace the books will be in the red in two to three years. The fiscal position is strong enough to absorb it. The focus needs to be on the quality of the spend and investment and less about the debt metrics, though respect still needs paid to the latter."

Westpac senior economists Anne Boniface and Michael Gordon say they see downside risks to the Treasury’s growth forecasts, "which were unfazed by the weaker than expected starting point for the economy".

"This could have implications for the affordability of the Government’s spending plans in later years."

"We are surprised that the Treasury has not made larger downward revisions to its growth forecasts since the Half-Year Update.  For our part, we continue to see capacity constraints and low business confidence as limiting growth prospects relative to the Treasury over the forecast period.

"As such, we suspect that the Government may be at risk of missing its net debt target," Penny said.

"Indeed, the Government has committed to extra spending, investment and borrowing, assuming that it will have the tax revenue to do so.  Of course, time will tell if the they do."

BNZ head of research Stephen Toplis said the data clearly shows future fiscal surpluses will come under increasing pressure from the combination of rising expenditure, slowing GDP growth and the lack of an obvious way to meaningfully enhance revenue.

"Nonetheless, New Zealand’s positive aggregate fiscal positioning, relative to the rest of the world, is not yet under any great threat."

He said he feared that downside risks to Treasury’s growth forecasts and upside pressure on future expenditure "present the very real possibility that the Government will soon return to deficits".

Toplis reiterated the view that at first glance Treasury’s GDP growth forecasts "are a little optimistic".

"Like the RBNZ there seems to be a strong view that we are nearing the trough in the current cycle and that there will be a decent bounce in activity in the second half of this year. We are not so convinced."

He was also not convinced that Treasury’s corporate tax forecasts will be achieved.

"We are cognizant that the profitability of the corporate sector is currently under significant duress from rising costs  and the inability to pass them on through selling prices. Leading indicators of profitability (such as NZIER’s Quarterly Survey of Business Opinion) are poor too."

"However, the sovereign's forecasts are weaker than we previously expected due to new spending initiatives aimed at improving residents' wellbeing.

"New spending on health, housing, education, defence, and general welfare will increase core crown expenses by about 1% of GDP per year compared with December's Half-Year Economic And Fiscal Update (HYEFU). Based on our definition of the general government budget, which includes local governments, this will delay a return to surplus by one year to fiscal 2023.

"We believe there are some downside risks to these projections because of rising global trade tensions, slower domestic and international growth, and weaker inflationary pressures that could weigh on the revenue outlook in the near term. The forecasts incorporate falling expenses as a percentage of GDP in fiscal years 2022 and 2023 as the government continues major investment in housing, health, education, and infrastructure to improve residents' wellbeing."

Specific fiscal risks
Matters are incorporated into the fiscal forecasts when they meet the following criteria:

the matter can be quantified for particular years with reasonable certainty, and
a decision has been taken, or a decision has not yet been taken but it is reasonably probable[13] that the matter will be approved, or it is reasonably probable the situation will occur.
Matters are disclosed as specific fiscal risks if the likely impact is more than $100 million over five years and either:

So, to my budgetary eye, the Firearms Buyback risk is probably north of a cool billion, and RoVE plus the latest incarnation of Tomorrow's Schools risks are gonna chew through munny in the billions, reputations and much else. I mean, just think of the new Signage that'll be needed.....

Labour's pre-election estimates for growth were comically high too. Guessing they'll get a reality check from June 20th GDP figures.

Now, now fellas. That's a bit tough.
They're young & trusting & kind & fair & progressive(ly) social & everything is going to end up just fine. Right?
If that fails then by 2030 the Yanks will have bought us out of bankruptcy & we'll be the 51st State of The Union. And then everything will be wonderful!

Forget about the Yanks mate , its more likely we will have been bought out by the Yings or Yangs

As the world's economies begin to slow, we will soon find out how stupid we have been flogging off the family silver.
Our shortsightedness is legendary.

Who would've thought selling off major productive assets would turn out to have been a shortsighted policy...?

scroll down to the conclusion
https://croakingcassandra.com/2019/05/29/economic-failure-the-reluctance...

Some economists have forgotten what they learnt in economics 101. New spending in the 2019 fraternity budget of 25b over 4 years will generate 75b of economic activity from the multiplier effect. Some of this will make its way back into the tax take over this period