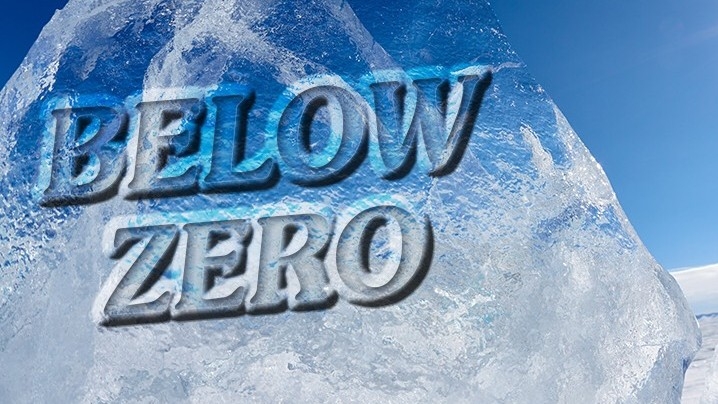 Reserve Bank Governor Adrian Orr clearly appears to favour the idea or at least the option of negative interest rates, through an Official Cash Rate (OCR) of below zero. (The OCR is currently 0.25%.)

However, at least some of the big banks and their economists are, as is becoming clearer by the day, far less convinced.

The subject of a potential move into minus territory for interest rates next year gets a lot of space devoted to it in the weekly newsletter updates from the major bank economists this week.

Given the very strong indication that Governor Orr gave about future negative interest rates at the last Monetary Policy Review on August 12, most of the big banks now think interest rates will go below zero next year.

In the far-from-convinced category, come the Kiwibank economists.

"Should the OCR go negative? For a number of reasons, no," they say.

"Current economic conditions don't justify it, the supply of credit is not an issue, and people are likely to save harder with ~0% deposit rates. Going negative also depletes the RBNZ's armoury."

They cite a number of reasons why the OCR should not go negative. Firstly they don't think the state of the economy is going to warrant it. "We have reason to be more upbeat about the economic rebound."

Secondly they believe a negative OCR might not fuel demand for credit. "Businesses are simply unwilling to load on more debt in highly uncertain times (when is the next lockdown?)"

Thirdly, the profitability of the banking sector will fall as interest rates fall into negative territory,  the economists say.

"Banks will keep retail deposit rates positive, reducing their margins. And the sovereign assets (Govt debt) banks hold will have a negative yield. Bank's returns on liquid assets turn into a tax (paid on these assets).

"The problem of negative yielding Govt debt will also hurt the returns of all superannuation funds and insurance providers. It's harder to grow a pool of assets to meet future obligations (retirement funds, insurance payouts), when the assets dwindle with negative rates. To get to the same end point, savings increase."

And the economists say, lastly that evidence suggests that deposit rates close to 0% cause a "perverse" rise in household savings.

"Saving for a first home or for retirement is more difficult in a negative OCR world. Households are forced to spend less and save harder. The Swedish experiment is one example. A 5-year fling with negative rates dropping as low as -0.5% ended in December 2019 with a rate hike to 0%. During that time, however, the gross household savings rate rose from 14.5% in 2015 to 17.6% in 2019. Sweden remains one of the Eurozone's highest savers."

ASB economists, who last week changed their call and expect negative interest rates now next year, nevertheless "retain some reservations around the effectiveness of a negative OCR and remain unsure the benefits outweigh the costs".

"In our Economic Note released last week, ASB Senior Economist Mark Smith commented that the jury of experts remains out, with the international central banking community split on the effectiveness of using a negative OCR. Furthermore, Mark noted that the European experience does not inspire a lot of confidence.

"If the RBNZ does cut the OCR into negative territory it will be in direct contrast to the Reserve Bank of Australia, which, so far, remains staunchly against using a negative cash rate.  This contrasting position is likely to have some currency implications, and we have also tweaked our FX forecasts as a result."

In their weekly newsletter the Westpac economists (who also believe the OCR will go below zero) stress the point that they don't expect any of the interest rates paid or received by New Zealand households and businesses to go below zero when the OCR does.

"In overseas jurisdictions with negative policy rates, retail interest rates have almost always remained at or above zero. Banks have generally been reluctant to charge customers for their deposits," they say.

Taking the OCR below zero would work in much the same way as a ‘conventional’ OCR cut, they say.

"However, we don’t expect that it would transfer through to retail rates one-for-one. The lower the OCR goes, the less additional impact it has on retail lending rates. That’s because a growing share of bank deposits already earn zero interest, or close to it. For example, the interest rate on transactional accounts, which now make up about a quarter of bank deposits, dropped to zero years ago."

The Westpac economists say when the OCR is already low, further cuts reduce only a portion of banks’ overall funding costs, and therefore banks reduce lending rates less than one-for-one with the OCR.

On the RBNZ raising the possibility that a negative OCR could be combined with a Term Lending Facility (TLF), the Westpac economists say this would involve the RBNZ directly providing long-term funding to banks at an interest rate close to the OCR, lowering banks’ overall funding costs. It would also indirectly reduce funding costs by lowering bank demand for term deposits and wholesale funding, thereby reducing the interest rates on these products. However, we note that the TLF would face a similar constraint to a negative OCR – around a third of bank funding is sourced from deposits that already pay zero interest or close to it.

"It could be useful to introduce a TLF at the same time as reducing the OCR below zero. As the OCR gets lower, it tends to have a diminishing marginal impact on retail interest rates, so the spread between the OCR and mortgage rates tends to widen.  A TLF could partially offset that. However, the TLF is a separate policy from a negative OCR, and could just as easily be used without lowering the OCR."

...Which is probably a good place to bring in the Kiwibank economists again:

"We believe a negative OCR is economically unjustified (to date) and the efficacy is debatable," the Kiwibank economists reiterate.

"But we need to ask: where would the RBNZ go next, after the implementation of a negative OCR? If the Reserve Bank goes negative now, what tool(s) do they reach for if/when things deteriorate? Aside from foreign exchange intervention, a negative OCR may become more negative. Our economic recovery is inextricably tied to with our Covid situation. And so long as we continue to grapple with Covid, the risks remain to the downside. There's every possibility that another outbreak could occur that requires another lockdown. And lockdowns lengthen our recovery. Greater stimulus may be needed. And if the OCR is already negative, does greater stimulus come in the form of an even more negative OCR, and retail rates below 0%? In such a world, the cons would only be exacerbated."

In saying that they remain in the 'no negative OCR' camp, for now, the Kiwibank economists say they are keeping a close eye on how the data unfolds in the next month or so. They say that patterns in household spending for one, will be indicative of the hit the second lockdown has had on consumer confidence. Activity in the housing market will also inform whether the current (low) interest rate settings continue to keep the market afloat.

"It is still our firm belief that the funding for lending programme alone is sufficient to lower retail rates. We believe it would be a far better, and safer, approach to first introduce the bank funding facility, and then assess its success.

"If retail rates have not been lowered enough, the RBNZ may then consider taking the OCR negative. A 2-step approach not only lowers rates, as desired, but also ensures the Reserve Bank's armoury remains well stocked for when true danger arrives."

The overall funding costs are being increased by the capital requirements that the RBNZ is imposing. If they want to promote lending they should scrap them, like practically all of the feedback suggested.

Kiwibank are right in saying it's about the demand for credit. I doubt there's many people out there who aren't borrowing because of the interest rate. Even the dumbest of the dumb know that in such an uncertain environment you don't load up on debt.

Exactly right. As you said, even the dumbest of the dumb know that in such an uncertain environment you don't load up on debt.
But Orr & Co. do not appear to comprehend it, hellbent as they are on trying to keep the housing Ponzi inflated, at all costs.

Kiwibank are dead right. But Orr and Co don't care about evidence and reasoning. They only care about one thing: keep the property market party going for as long as possible. Hence why the first thing they do is guarantee LRH's and drop interest rates at the first sign of any trouble (or even just as BAU when it starts looking like the property market is turning). They can, of course, do this under the pretense of "their mandate" (which they don't advocate to change) and COVID and whatever other reason you can think of.

The sign of impending doom will come when we start to get resignations at the Reserve Bank from their seniors. That will happen as they realise their tools are no longer effective (never have been?) and will get out before the crash so they can falsely claim they aren't responsible. When that starts happening, property bulls beware. It's potentially a couple of years away yet.

Talk of negative interest rates is one way to jawbone the Kiwi dollar, but not a very bright way to do so.

Banks nearly negative on the savings accounts at 0.05% interest.
Now they are softening the public up for a very minimal drop in mortgage rates when the RB takes the OCR negative.

Better to be Negative on Covid test and Positive on Interest rate for the good health of the economy.

Obviously it will come. The long-term trajectory of inflation rates is relentlessly lower, and therefore interest rates will follow with asset purchases thereafter. Eventually RBNZ will own a higher proportion of national assets so further asset purchases wont have any substantial effect on inflation (it would only be self-enrichment.)

Then what tool? Government bonds of course, drive their rates heavily negative to keep government spending. Eventually government will introduce UBI and inflation will finally begin to normalise.