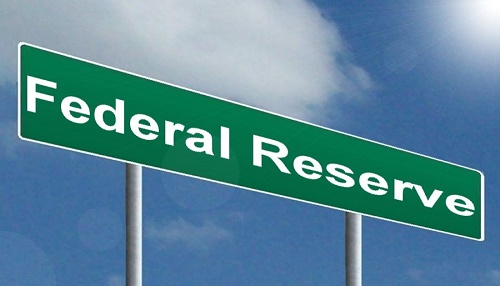 The thing about being in a country as small as New Zealand is that we are a very small boat swept on the global currents.

We can decide what we might think is right for this country - and then see events thousands of kilometres away change the game.

That has just happened with the US Federal Reserve indicating determination (the key paragraph's at the bottom of page 10) to go ahead with a rise in American interest rates in mid-June.

Just a month ago I didn't think the Fed would be able to muster the ammunition to do it - but the US economy does seem to be performing well enough to justify a further Fed attempt to 'normalise' the financial system.

What does this mean for New Zealand?

About everything, I think.

I was convinced the Reserve Bank was going to have to cut the Official Cash Rate at the next review on June 9. Now I'm just as convinced it won't - although to say that it has been hard to read the actions of our central bank recently is to massively understate. The RBNZ has been truly contrary.

But one thing that seems to have been consistent with the RBNZ and current Governor Graeme Wheeler is that it has been (arguably more so than the RBNZ in the past) a huge watcher and follower of the the US Fed.

The Fed will be announcing the outcome of its June deliberations a week after our central bank has to make its latest call on rates. Given the huge likelihood that the Fed will move rates up, that's a huge cue for the RBNZ to sit and wait.

One of the biggest reasons for the RBNZ to keep cutting rates has been the stubbornly high New Zealand dollar. Rising US rates should take care of that. Just the suggestion of the a US rate rise emerging today slammed over half an American cent off the value of our currency straight away.

So, if you remove the stubbornly high Kiwi from the equation, you remove a big part of the impetus for further rate cuts here.

The other thing to consider is that the RBNZ is in a strangely luxurious position at the moment in that, as it is changing to a new OCR release timetable, both the June 9 review and the following August 11 one will both be done in conjunction with releases of full Monetary Policy Statements.

The RBNZ has shown a preference for making interest rate moves in conjunction with MPS releases. The logic is sound enough; an MPS document is about 40 pages and provides plenty of room for explanation. On the normally alternate OCR release dates the RBNZ has just a single page press release to articulate its position. It is doable, but the chances of the market misinterpreting the central bank's position are greater.

So, that's one advantage for the RBNZ in the current situation. The other is that the Fed has its mid-June meeting and then will actually have another in late July BEFORE the RBNZ has to decide again about our rates.

What that means is that if the Fed puts rates up in June and is still looking strong on holding the line, or maybe being able to raise rates further, then our central bank will for sure hold off in August as well.

This being the case, it is now just possible that the record low OCR of 2.25% we've got now could prove to be the low point - and I know I've certainly said much different (I previously picked a low of 1.5%).

It is not just all about what is happening in the US. Our economy, boosted by strong migration inflows, has continued to truck along pretty well, to the point where there are now finally expectations that we might see some wage growth, which will fire up the long dormant inflation.

The houses had their say

Governor Wheeler's public pronouncements have portrayed him as a very reluctant cutter of interest rates. The hot housing market certainly added to that reluctance, though I would argue it should not have, because its a financial stability rather than (at the moment) monetary policy issue.

I think if the RBNZ had new macro-prudential policies ready to go against particularly the Auckland housing market at the moment then it would have dropped the OCR to 2% at the last review in April. However, it didn't have any new card up its sleeve to play against the Auckland market in its Financial Stability Report release last week, so it sat on its hands. Now, courtesy of the Fed that non-decision-decision looks like coming very good.

Much could still happen and go wrong for the RBNZ, of course. The Fed will no doubt now be watching financial markets like a hawk to see what they do. Any previous murmurings about 'returning to normality' have given global markets a serious case of the vapours. They've grown very accustomed to cheap easy money and don't like the idea of someone taking it away.

But if the markets don't fall completely out of bed again, maybe we are finally witnessing a turning of the corner.

As for what lies around the corner when we eventually get to it, we'll have to wait and see.

The Fed is overly optimistic in their recent announcements. As you say we are a small boat and there are rough seas ahead for our CPI. Don't be fooled by the number of people talking up oil and other commodities. Watch what happens over the next 6 months.

The RBNZ following the actions of the US FED? no, surely...... not. When is Wheelers next trip to Washington DC? David Chaston? You found out yet?

Soon it will be time to put the popcorn in the microwave and snuggle up for the big Fed financial magic show.

"Look at my left hand, don't notice what my right is doing.." TADA

Are you sure that you are not Roger Kerr in disguise? So, recently you thought that the OCR would fall to 1.50%(presumably in 3 stages), but now it won't fall any lower,because the Fed. is about to raise its rate,presumably by 0.25%.
Surely we have all known that the Fed. would raise rates this year,but while some thought it there could be up to 4 rises,most now expect 2 increases at most. I would have thought that the tone of the Fed's statement would be more important than the increase itself,in determining how our Dollar might react.
Keynes once said that; "When the facts change,I change my mind", but here I don't see that the facts have changed at all.

If and when inflation comes back it’ll surprise. Credit fuelled spending and a strong USD could see the RBNZ on the back foot. The way some are leveraged is scary, and if the RBNZ does have to play catch up there’ll be pain. I cant see any reason to be screaming for a rate cut, if he can Wheels should take a pause.

America has a real problem which could affect us , firstly a 1% increase in the Fed rate could double the cost of US domestic borrowing and then send us all into a tailspin as all this easy money rushes back there to :-
* Chase yield , or
* Settle debt ,or
* Seek a safe haven