In just 12 months, we have gone from a time when all the OCR change was passed on to borrowers, to now when none of it is. Oligoply power wins a stunning reversal

In just 12 months, we have gone from a time when all the OCR change was passed on to borrowers, to now when none of it is. Oligoply power wins a stunning reversal 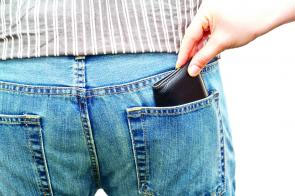 Back in July, I wrote an open letter to the bank CEOs highlighting the extent of their margin grab from floating-rate mortgage borrowers.

I followed that up, pointing out that it is not principally home owners who are funding this margin grab. Rather it is small business and farmers who borrow based on the floating rate benchmarks

The margin grab continues and we can now extend and update our tally of how much the banks have withheld.

Two banks have said what they are doing, but most are hoping it won't be noticed.

These grabs are cumulative and they are mounting up, as the table below shows.

In a year, the RBNZ has lowered the OCR by -100 bps. The money markets have repriced the 90 day bank bill rate -77 bps lower over that period.

But banks have only passed on -44 bps of this to their customers. Recall, a year ago, it was normal for them to pass on all of it.

Now they hold all of it. How the tables have turned !

Here is the track record so far:

Now all banks are holding on to the all benefits of the OCR reduction, includng Kiwibank and the second tier banks.

And this time, there is not even a whisper of increasing the term deposit rates as a 'reason'.

More interestingly, there is now no public discussion about the issue.

The banks have won. Period.

The only thing bank customers can do is ask/plead (vigorously) for the 25 bps reduction. In the past, there has been some evidence they will respond.

OCR reductions are there to bolster bank positions. They no longer flow through to customers.

All bank CEOs claim their margins are under pressure. But the public evidence does not support the claim.

No bank, or their industry lobby group, has yet revealed any data to support the "under pressure" claim.

Even the RBNZ's own monitoring shows that bank margins are rising, and far from "under pressure".

Banks are reporting marginally lower profits, but that is more due to rising provisioning for rural lending and little to do with residential lending.

Banks have pulled back on some types of residential lending, especially where overseas income is involved, and elsewhere in line with RBNZ signals about the risks of high LVR "investor" activity. This is lowering the number of new mortgage transactions.

The irony here is that those borrowers who remain are the stronger ones, and it is they who face the higher-than-necessary floating rate costs, the very ones the RBNZ policy was not aimed at.

Even RBNZ governor Wheeler said he is comfortable with the situation.

Bankers will bridle at this review and interpretation. They will point to the higher costs of the US funding market (true), the necessity for keeping bank balance sheets strong (also true, but it should be shareholders doing that, not extracting oligopoly profits from NZ customers as the mechanism), and the idea that the RBNZ is a follower here because the interest rate and inflation outlook has changed with a rising expectation (debatable but possibly correct; but this actually won't show up until some time in 2017 and well after the next RBNZ review).

The main impact will be higher-than-necessary costs for farmers and SMEs.

The irony is that an elevated OCR keeps the base rates high - and then the banks raise their risk premiums for those farmers and SMEs. They get it twice, in some cases (this end of the market is so opaque that it is impossible to know - but we do know that overall NIMs are rising, not falling. (NIM = Net Interest Margin.) (And that judgment is from a big bank auditor.)

Banking is an unusual business. Tax-paid profits greatly exceed their total payroll. Shareholders expect higher returns without the need for additional capital. The only push-back comes from regulators, and the Aussie ones are far more aggressive in this than the RBNZ.

On November 30, we will get to hear the RBNZ's view of our banking system's financial stability. Given their track record, the banking industry will get off lightly there too.

But the extent of the banks power will next be shown when the OCR starts to rise. My bet is that our banks will pass on any increase immediately, and in full.

If floating rate is determined solely, or largely from OCR, then should banks be near forced to pass this on. If it is all overseas borrowing etc then OCR is largely irrelevant right?

From where I sit... Banks seem to be creaming it with their floating rates..??

Of course they are creaming it, and banks are loathe to disclose their WACC , weighted average cost of capital as it is "commercially sensitive" .

"The banks have won. Period."

are they ever gonna lose under a neoliberal govt?

Oh c'mon mate , you cant blame the Government for the commercial decisions of banks

You could, however , ask the Government what they intend doing about this rort .

Isn't that a bit contradictory?
If the government has power to do something ("You could, however , ask the Government what they intend doing about this rort ."), they can't be blameless..

Don't complain, just put all your bills on the house.

Those overseas lenders you talk about want a fair return on their money...not a dip sticking it to them in our market.

They have had to put up with downward pressures too from all around the globe.

But, perhaps enough is finally enough.

Perhaps you think you are entitled, if a home owner, but the title is not yours, until all debts are paid. Those gambling on beating the housing market have to contend with extremes. Banks have to take what they can get, they are just the Big piggy in the middle.

Leverages work in both ways. But a balance has to be taken at times. And if all balances outweigh a sensible return, then some idiots will want their money back...not stacked up in houses...that do not stack up, money wise. ..except those running for cover from abroad with a lot of loot...mainly in Awkland it seems.

Banks can put up with multiple returns due to the current lines of credit prevailing, but they have to have at least a portion stored to cover others ....negativity.

And that is what the Banks have to adjust, as they can go Bankrupt....too.

This is an inaccurate analysis. The key funding reference is not the OCR, but the typical term deposit special rates for shorter terms (ie. less than 1 year) as that is where a high proportion of bank funding comes from; The last 2 Official Cash Rate CUTS totalling 50 basis points saw term deposit rates actually RISE about 40bp (from round 3.2% to around 3.6% now). Why? Banks are competing for retail deposits as they lent $6 billion more than they borrowed from consumers in the 6 months ended Sep16. The RBNZ should actually be RAISING interest rates to slow the market. But at least the banks are doing this job for them.

Reserve Bank regulations don't allow banks to borrow money anymore at the OCR and use it provide mortgage lending. (see "Liquidity Policy" on the RBNZ website). Banks are forced to obtain funds from term deposits (note that these rates are currently double the OCR) or in international markets which are even more expensive again. If banks were allowed to finance loans by borrowing at the OCR this article would make logical sense, but they are not so it does not.

Maybe i was looking at the wrong figures, but in the recent annual results released by BNZ/ANZ and Westpac, all banks had lower NIMs than the previous year. This was also at the lower end of margins internationally.

Why does someone not ask Graeme Wheeler directly , what he intends to do about this unsatisfactory state of affairs ?

And while about it , ask if he had any inclination that the banks had no intention of passing it on ?

People seem to complain about not getting an interest rate cut and accuse the banks of engaging some sort of self interest, yet they are engaging in self interest behaviour themselves.

Personally I find it satisfactory. If individuals have that much debt they should probably have a good hard look at themselves and their speculative strategies.

Lower interest rates aren't a god-given right. I see no problem with this.

Maybe not. But being expected to be treated fairly and openly should be a right. It is not operating as a competitive market, more like a cartel of collusion.

Just got 4.67% for 5 years fixed on $200,000 from Westpac as a current Westpac customer. after much negotiation, Thoughts?

I thought it was a good rate?

Despite a few bad reviews I often hear about them, Westpac has always treated me well.