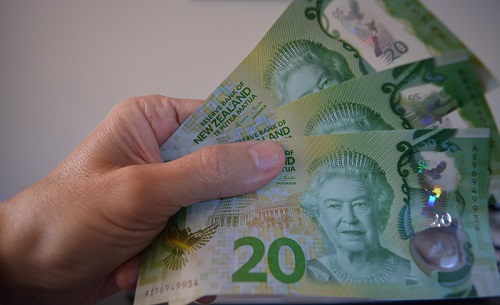 The focus of economists and others on when and whether the Reserve Bank will raise official interest rates again is rather overlooking a key point at the moment. Banks are increasing rates anyway and have been for a little while.

The RBNZ has recently seriously upgraded the information it collects from banks through the new balance sheet survey, replacing the old 'Standard Statistical Survey'. This new information, published monthly, gives a more detailed picture than before of who's borrowing money and for how much and how much various parties are lending to the banks.

So, this information provides some valuable insights into the nitty gritty of what is going on.

A key component of the current dynamic driving banks is the flagging rates of deposits. The historic low rates of interest have seen investors looking elsewhere for places to park their funds.

After seeing double-digit growth in household deposits through 2015 and early-2016 the banks saw the inflow of funds drying up in the latter half of the year.

Moving on to this year, the official data for March showed that there was something of an upsurge in the amount held by banks for household deposits.

In March the amount held by banks for household deposits increased by nearly $2 billion, which outstripped the $1.2 billion increase in the total amount advanced on mortgages.

But all things need to be put into perspective. If you look at the three months to March - admittedly including the Christmas period when saving is not on everybody's minds - household deposits have risen by just a little over $2 billion; that's how flat the previous two months were.

The total amount outstanding on mortgages, however - albeit that the pace of growth is now slowing - increased by some $3.5 billion over the same three months. So, basically a $1.5 billion shortfall during that period. Problem.

Of course the banks can and have been making up for the shortfall between what they get in deposits and what they lend out by borrowing offshore.

But lines appear to be being drawn now.

When releasing the RBNZ's latest Monetary Policy Statement last week, RBNZ Governor Graeme Wheeler talked about the current market dynamics, including the banks sourcing money offshore. He said while it was still easy enough for the banks to borrow offshore, the cost of these funds had gone up, and, additionally, some of the banks were getting up against their treasury limits on offshore funding.

“...So that means they have to look at domestic market for their financing and that’s leading to an increase in competition for deposits and we are seeing an increase in deposit rates. So the banks have essentially been faced with higher costs of funding and that’s been reflected in the adjustment or the increase in mortgage rates that we’ve been seeing so far. And I would expect that competition for deposits to continue quite significantly in coming months.”

Okay, so, we know what this leads to...If banks are having to pay more to get money in, they'll look to get more for the money they are lending out.

Borrowing rates started rising appreciably in around September, and more noticeably from about November on. And they have continued to rise. Interest.co.nz tracks the changes and collates what the banks are currently charging.

The RBNZ's new residential mortgage interest rates figures, albeit that the latest figures available are just up to March, demonstrate how average rates have edged up since September. Any special rates or discounts offered to borrowers with conditions (eg 30% equity) are excluded from the results.

Now, these figures are rising from an extremely low base, and the increases don't look too much. But a bit of casual arithmetic on interest.co.nz's mortgage calculator shows that even these increases will have had a discernible impact.

Should have fixed for five-years?

Five-year fixed rates have not been particularly popular, but you do wonder if some people will regret that they haven't been. Based on our example, if you had climbed into a five-year term back in September you would be paying $597 a week versus $639 a week as per the prevailing rates at the end of March. It's actually a 7% increase in payments, meaning $2184 more a year. That's a nice airfare-sized amount more you would have in your pocket if you had signed up in September.

Nobody's suggesting this magnitude of increases is going to make anyone destitute. But if you look at these rises, plus the fact that rates have continued to edge up in the following two months, and the fact the banks are promising more rate rises...well, it all has to make some difference, given the amounts of money some people are having to borrow just to get into homes - particularly in Auckland.

For the moment then the OCR is strangely irrelevant. It is all about the banks' own funding dynamics.

But borrowers will need to keep their eyes open.

And the final point is, if there are some shocks (most probably external) that do force the RBNZ to move on official interest rates much earlier than it's currently signposting, then the consequences for a heavily indebted nation of homeowners could be fairly stressful.

Watch this space. And be careful out there.

Deposit rates are not going up significantly

ASB and others have just dropped their deposit rates

If you fixed for 5 years you have still paid thousands more than if you had fixed for 1 year.

Most that fixed 2 or 3 years ago have exited their fixed term and are paying lower interest rates. Worth nothing even though the focus is new buyers.

The only new home buyer that I know that fixed for 5 years is regretting that decision. Fixing long term in an environment with declining interest rates isn't a good idea. Now they're going up I'm struggling to see a reason to fix beyond 3 years. The 5 year rates are above the floating rate for FHB and staying 1-2 year fixed plus floating would cost them less in interest. If it looks like rates are going to go up a lot then the floating portion can be fixed at that time.

No need to pull the trigger too early.

I believe that, as housing is stalling in NZ, there's about to be less borrowing and more deposits, which is exactly what the banks need. We'll see at the end of 2017 if that's the case.

So, if the borrowing slows down, won't the banks lower the rates to induce more people to borrow ?

Is the financial system infinite or finite? Is there an end to the road you can kick the can down?

the financial system is infinite in theory... But the viable energy system underlying the real economy is not.
Bankers are not aware of this.

On the contrary, I've heard from some in the industry that banks - having their ability to write more loans being limited - will be looking to instead make more money from their existing borrowers.

What's not to love about rising mortgage rates.

Banks have been falling over each other in the crazy property market to lend on mortgages, even giving away TV sets and holidays to get business. They have been lending money like drunken sailors as part of this property frenzy.
Now that the market has stalled and there has been a report about a crash in the next 2 years they are worried.
They will put up interest rates to cover all the default borrowers that will eventuate from the irresponsible lending that fuelled the frenzy.

Its been low for years and the only way is up now. Deposit rates for the long term are only down 0.5% now on the 5 year rate from what I invested 2 years ago from when it was on a high. A couple of OCR rises and just watch the banks begin to jack up the rates. I should think the banks are now beginning to realise they need some "Real Money" from depositors and we can expect increases over the next year.

I fixed rates at 3.06% on a UK property in 2013, because I was about to do a major renovation, I didn't know how much that would ultimately cost month to month and I thought surely interest rates would go up again soon? Within 18 months, mortgage rates dropped and could've got something below 2%.

Interest rates are not going to i crease very much at all over the next 10 years.
Your 5.75 per cent seems to be very high and if you decide to sell you will be hammered with penalty interest.
Not worth the effort fixing for that long as people's circumstances change.

I would be happy on 5.75%, it gives you certainty and its a whole lot better than what fixed it at 10 years ago. Managed to get 4.7% on a 3 year term deposit with one year left to go so that defiantly paying off now. My hope is that its over 5% in a years time. My prediction is even the shorter term mortgage rates over 6% come May next year.

Im not a banker or economist. So Im happy to defer to smarter people on here.

Im not sure I get that.

The world has been awash with cheap money all over the world with quantitative easing in some countries, it was a good time to borrow money for the banks. This quantitaive easing must stop at some stage, so the cheap cash will go.

Banks will raise money from more expensive sources overseas\deposits and look to be increasing the rates they pay to get money, the BNZ just said recently their margins are squeezed and their year on year profits are being reduced.

So if the banks cost of borrowing is increasing, margins are being squeezed, and profits on current mortgage rates are dropping. There can only be one outcome. Im sure their are other levers involved, but those are the few that I glean from the papers.

This is what grinds my gears. Record profits year after year and on a finite planet of course this can't go on. But the bankers don't seem to realise that and now squeezing everyone around the country to sustain that. Of course we NZers just love being fleeced by the aussies. Who cares about rugby when they are making billions off us. Don't even mention we can buy bank shares. We don't have economy of scale to even make a dent to the hole in the bottom of the bucket.