With Steven Joyce set to present his first Budget this week, Brian Fallow looks at some of the Finance Minister's options given the cyclical tailwind at his back and the looming election

With Steven Joyce set to present his first Budget this week, Brian Fallow looks at some of the Finance Minister's options given the cyclical tailwind at his back and the looming election 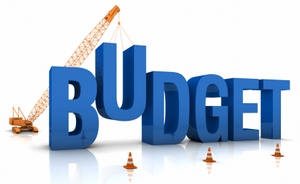 The economic growth forecasts underpinning Thursday’s Budget are likely to be pretty cheerful.

The Reserve Bank’s latest forecasts have the economy growing 3.4 per cent on an annual average basis over the year ahead, and the consensus among forecasters when NZIER surveyed them in March was 3.3 per cent. The latest official read, for calendar 2016, was 3.1 per cent.

More relevant for fiscal purposes is growth in nominal GDP which reflects not only real growth but also inflation and export prices. It is a rough proxy for the tax base.

By the end of 2016 it was growing at an annual average rate of 5.6 per cent, compared with an average of 4.4 per cent over the previous 10 years.

This cyclical tailwind at Steven Joyce’s back is showing up in the tax take. Three-quarters of the way through the current fiscal year tax receipts were running 7.3 per cent ahead of the equivalent year-to-date level a year ago.

Core Crown expenditure, on the other hand, was up 3.5 per cent and the operating balance before valuation gains and losses (Obegal) was running $1.3 billion ahead of forecast.

So at this hump in the cycle, there should be more money on the budgetary table than we have seen for years.

What factors will the Government have to weigh as it allocates it?

The first is demographic: a rapidly growing, and relentlessly ageing, population.

The population is expanding at a bit over 2 per cent a year, boosted by net migration gains which forecasters in recent years have consistently underestimated.

Then there is the underlying structural issue of an ageing population putting upward pressure on two big-ticket items: health and superannuation. Between them they account for 38 per cent of Government spending and 90 per cent of the increase in spending over the past six years.

As a rough guide overall government operating spending would have to rise by about 4.3 per cent (around $3.5 billion) to remain flat in real per capita terms.

The second major issue the Budget will have to confront is the pressure on household incomes coming from the dire state of the housing market.

Every indicator there is bad: rampant house price inflation, the household debt-to-income multiple at a record high and a negative household saving rate.

The pressure is greater in the lower reaches of the income distribution. Statistics NZ’s household living costs price indices, which unlike the CPI include mortgage interest costs, recorded a rise of 2.1 per cent in the cost of living for the lowest 40 per cent of households ranked by income over the year ended March, compared with 1.9 per cent for all households.

“We remain committed to reducing the tax burden, and in particular the impact of marginal tax rates on lower and middle income earners, when we have the room to do so,’’ Joyce said in a pre-Budget speech to the Wellington Chamber of Commerce.

He did not elaborate but he has made it clear that any adjustments foreshadowed in the Budget to the income tax scales will be to thresholds, not rates.

Changes to Working for Families?

The reference to marginal tax rates suggests, however, that one thing that might change is the income-testing surrounding Working for Families tax credits which cost the revenue upwards of $3 billion a year.

The abatement rate which determines how the credits are whittled down once incomes rise above a certain level creates a zone of relatively high effective marginal tax rates, which might be a candidate for adjustment if battler families are the target group.

As for adjusting the income tax thresholds themselves, it is high time fiscal drag was addressed. That is the stealth tax increase by which the combined effect of inflation and a progressive tax scale pushes more and more of people’s incomes into higher tax brackets over time.

Since the income tax scales were last changed in 2010 the CPI has risen 10.4 per cent and the average wage 17.3 per cent.

The revenue cost of those adjustments would be around $900 million, according to a helpful tool the Treasury publishes.

It factors in the revenue clawed back from any income tax reduction, through GST and some increase in company tax as people spend that extra disposable income.

Clearly, restoring the tax thresholds to their real level in 2010 is only one of many possible adjustments.

Opportunity cost of $3 billion a year

Another key aspect of fiscal policy, but one which gets zero attention on Budget day, is the debt target.

New Zealand’s net government debt is $62 billion or 23.4 per cent of nominal GDP.

That is very low by international standards. The International Monetary Fund puts average net government debt among 35 advanced economies at 71.4 per cent of GDP.

If the Government were prepared to leave it at the 24 per cent level (and assuming nominal GDP rose at a cyclically adjusted rate of around 4.5 per cent) as a matter of arithmetic it would be able to run an annual cash deficit of around $3 billion.

Right now it could borrow that money quite cheaply by historical standards, and invest it perhaps in infrastructure, social housing, education – useful things like that.

The Government's policy is not to do that but instead to drive the debt ratio down to 20 per cent of GDP over the next three years, and then to between 10 and 15 per cent of GDP by the mid-2020s.

A case can be made for doing that, particularly as a matter of intergenerational equity. The young get a raw deal from current policy in enough ways already -- over climate change, housing and superannuation -- without sticking them with a higher interest bill on Government debt.

And the very low net debt the present Government inherited – around 5 per cent of GDP – was helpful in dealing with the double whammy of the global financial crisis and the Christchurch earthquakes.

Even so, the opportunity cost of $3 billion a year and mounting, is steep.

*Brian Fallow is a former long serving economics editor at The NZ Herald. This is the sixth article in an election year issues-based analytical series on economic policies he's writing for interest.co.nz.

The current method of Govt spending 'initiative' goes like:
Announcement: "We have allocated 300 million for Health or Police or ...". Then it turns out this is mainly the normal operational budget anyway with a small tweak, and it will run over 5 years or so,
This is how our schools, hospitals, police, universities, infrastructure, etc is dripfed while inperceptibly underfunded / defunded.

How many hundreds of millions have they budgeted for emergency accommodation in motels for the people their idiotic housing policy failures have displaced?

$2 billion per year into accommodation supplements by their own admission. As most pollies own investment properties this is nothing more than rank corruption as they subsidise the housing crisis while they have raked it in!

Yep that needs to go.

not supplements, but emergency housing cost. I'd like to know that as well as a number. Even if its only $700 a week, that is $36k a year per family, that is simply madness.

The second last paragraph in Brian's article needs to be highlighted as a major reason for keeping debt down.

"And the very low debt the govt inherited..."

'and then along game the GFC which saw average advanced economy debt rise to 71.4%of GDP but NZ's was kept at 24% by prudent management'

not to mention the a major earthquake or two !

Not that i am adverse to some major infrastructure investment - but currently there is not enough labour to deliver - 4.9% unemployment coupled with the highest ever labour participation rates means virtually no skilled workers out there available and willing to work.

Maybe time to pay off debt, invest in research and innovations, reduce the tax burdens on the middle class professionals - teachers, social workers, nurses and focus on increasing productivity.

But give the GFC, earthquakes, ongoing lack of a global recovery NZ seems to be doing a dammed sight better than most of the world in the same economic climate ...

.... ..nah. all they have done is kick the can down the road and left us with the same tired old housing stock now encumbered by zillions of debt, chronic third world type overcrowding and envrionmental vandalism. Fail.

yes kicked down the road - as with every government in history - but fact - Housing NZ built less than 100 new homes in 2007/08 and 72 in 2008 - the last year of a labour government - in 2016 it built 871 new properties - not enough i grant you but still about 12 times the level of investment Labour were making in housing - sorry if the facts get in the way - ps did you know labour policy is to increase debt levels despite the it being a great time to lower debt and still increase investment ....

Sort of agree, not so much all prudent management but also cuts in real terms. Now it seems they are starting to show signs of panic as Labour and the Greens look almost electable. I am stick between a rock and a hard place do I vote L/G and see them throw money at the problem but not fix it but at least do things about CC, or not bother voting or vote TOP.

time to ditch the 'intergenerational' confusion. Goverments should not borrow for infrastructure. The rest of us borrow for big lumpy expenditure - like a house - and likely we are not going to do it again for many years. Things that cost multiples of our yearly income. ( and yes too many multiples - but not the point of this post).
Infrastructure for Governments is almost like buying the groceries. Small compared to the annual income and a multitude of projects. And tomorrow and ongoing there will be other projects.
Government should just fund this as daily expenditure. So much a year and queue them up.
For me, I am happy to accept the benefit of infrastructure built by our forebearers, sometimes more than a hundred years ago. And very happy in turn to build infrastructure to be used by our decendents.

I'll be interested to see how much they have allocated for buying international carbon units in the budget.

Our carbon obligations that we agreed to is the unspoken, forgotten liability that is yet another cost of population growth.
Our now gridlocked overcrowded cities are huge carbon producers. We have to pay for this. Who gets this money and what do they do with it? I hope we use the money to purchase and protect large tracts of tropical rainforest from third world countries. I somehow don't think this happens. I suspect most of the money will evaporate into the bureaucracy that has been built up around carbon credits.

Na, it will be lining some financiers pockets as they laugh over their bubbly at us.

Income tax bracket levels should be indexed to the CPI.