Don't hold your breath if you're waiting for floating mortgage rate cuts from the big four banks. But do haggle with 'em if you want a lower rate

Don't hold your breath if you're waiting for floating mortgage rate cuts from the big four banks. But do haggle with 'em if you want a lower rate 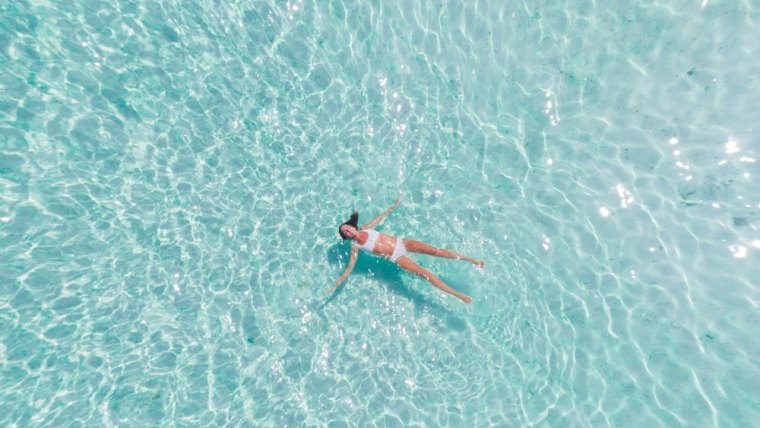 The big four banks may have all kicked-off 2021 by reducing their one-year fixed-term mortgage rates to 2.29%. There's little sign, however, of movement in their floating, or variable, mortgage rates.

As Kiwibank made its cut in June, the bank's CEO Steve Jurkovich told interest.co.nz the difference between fixed and floating mortgage interest rates had "felt uncomfortably large for a while."

The interest.co.nz charts below show the bank average margin of floating mortgage rates over one and two-year fixed rates has not declined since Jurkovich made those comments, In fact, the floating rate margin over one year rates is now at 1.88%, the highest it has been in the 19 years covered in our chart.

Of course a much higher portion of home loans are currently fixed rather than floating, which isn't unusual for New Zealand. According to Reserve Bank statistics, as of November there was $297.668 billion worth of outstanding loans fully secured by residential mortgage. Of this, $255.099 billion was fixed, and $42.570 billion floating. That means just 14.3% worth was floating, and 85.7% fixed.

However, with such a big gap between fixed and floating loan interest rates it raises the question, as Jurkovich noted in June, of whether some customers are choosing fixed rate loans when they might be better off floating. Or perhaps more borrowers would choose to float a portion of their loan and fix the rest if the rates were lower? And what about business lending rates with many of these based on variable rates? Apart from an ANZ corporate indicator base rate of 2.47%, and an ASB one of 4.08%, all business base rates from the big five banks, displayed on interest.co.nz, are north of 6%, with one at nearly 14%.

Bank funding costs are at record lows. The average one-year term deposit rate is just 0.88%, and the average two-year rate is 0.90%. Against the backdrop of COVID-19 related uncertainty,  the Reserve Bank's Funding for Lending Programme is offering banks up to $28 billion of three-year funding priced at the 0.25% Official Cash Rate (OCR). So far one of the major banks has tapped this for $1 billion.

Last year's annual KPMG Financial Institutions Performance Survey (FIPS) showed banks' funding costs at their lowest level in the 33-year history of the survey at 2.59%. When this year's (FIPS) is issued next month, there'll be a noticeable drop from there.

Interest.co.nz asked the big four banks a series of questions about their floating mortgage rates. Their answers are below. It'd be fair to say it'd be advisable not to hold your breath if you're waiting for a cut. However, banks will sometimes match rates offered by rival banks if you ask. So, as ever, it pays to haggle. See all banks' carded, or advertised, mortgage rates here.

Note, ASB has yet to respond to requests for comment.

Question 1)  Does ANZ plan to reduce its carded, or advertised, variable lending rates in the short-term?

Question 2) If there's no plan to reduce them, will ANZ match the market if customers ask it to match lower rates offered by rivals?

Answer: On a case by case basis, we may offer discounts to ensure our pricing remains competitive.

Question 3) Does ANZ believe its current carded variable/floating rates are justifiable, and if so why?

Answer: We’re constantly reviewing our home lending rates. Customers usually choose a variable loan as part of their loan structure for more flexibility to utilise and manage their lending than fixed rates offer. The interest rate differs as a result.

Question 4) Has ANZ been changing margins on business lending over summer at all, and if so have these been increased or decreased and why?

We’re keeping a close eye on rate changes and developments and always reviewing our own pricing, but we don’t have any changes to announce at the moment.

All our home loan pricing is based on a variety of factors, such as the OCR, the cost of funding and capital, the risk, and so on. Fixed and floating rates are different products and their different pricing reflects the different make up of those inputs. New Zealanders overwhelmingly prefer the certainty that fixed rates bring them, with around 85% of borrowers on these rates. At the beginning of the COVID-19 pandemic, the Reserve Bank cut the OCR by 75 basis points and this was passed through immediately and in full to our floating rate.

The home loan market is very competitive, however each deal is assessed on its own merits, taking into consideration the security, the borrower, and their goals and ambitions. If someone is in the market for a new loan or a refinance we welcome the opportunity to talk to them about how we can help them on their home ownership journey.

On business lending, this is a fundamentally different product to home lending. Pricing is based on the benchmark BKBM rate [this 90-day Bank Bill Benchmark Rate was at 0.28% at the time of writing] as well as taking into account a range of factors, such as the risk, the business, its industry, the economic conditions, and the outlook for all of these. Prices therefore vary, and as the underlying benchmark rate naturally changes, so too does the rate a customer might be paying.

We regularly review our rates to ensure they provide good value for our customers. To help our customers manage their home loans better we offer a great range of variable products and features including Choices Floating, Choices Everyday and Choices Offset. We may offer discounts on our advertised lending rates on a case-by-case basis.

The majority of our housing customers prefer fixed-term to variable loans and we’re supporting them with our 2.29% one-year special rate which we announced on January 11, and competitive rates on longer terms.

Large margin also means large discounts available.
I’m just a lowly first home buyer (builder) and ASB made my floating rate for my construction loan 3.99% without me even asking for a discount. This was mid last year so I imagine they should be sharper again now.

Agree that discounts are available, but even after the discount the Aussie banks are still making huge margins on their floating mortgages. Kiwibank can still make a good margin at 3.4%, so come on Big 4, cut us floating clients a break!

Banks trying to lock people in with fixed rates and discourage them from making additional repayments and/or refinancing with break fees. The people that do want flexibility pay the premium. Win win for the banks.

My observation of Bank Replies - ANZ - total non reply, BNZ partial reply with a bit of empathy, Westpac partial cut & past of BNZ without the empathy.

There have been times when floating was lower than fixed - e.g. 2000, 2010
When the reward was for taking the risk of floating rising into the future.
Now there must be little risk of rising rates. Its more about the "lock-in" factor.

Have they reduced the credit card interest rates ? Nah. Why should they reduce the home loan floating rates when the margin is tight on fixed rates ?