Despite recent interest rate rises, Kiwi home loan borrowers are still getting a good deal compared to those offered to Australians. We update our trans-Tasman comparison and find we are batting on even terms still

Personal Finance / analysis
Despite recent interest rate rises, Kiwi home loan borrowers are still getting a good deal compared to those offered to Australians. We update our trans-Tasman comparison and find we are batting on even terms still 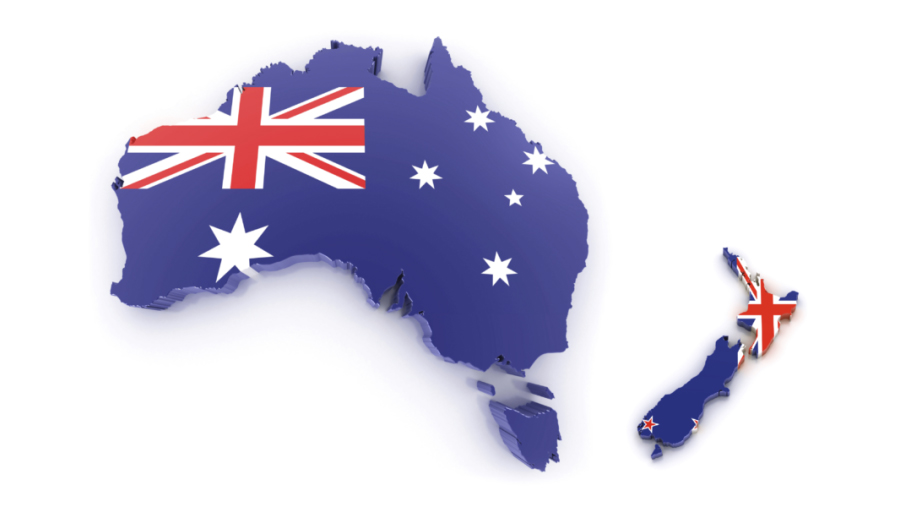 It has been more than a year since we last looked at the difference between the home loan rates Kiwis pay compared to those in Australia.

Over that period, the somewhat unusual advantage Kiwi home loan borrowers had over their Aussie counterparts has switch back to a small disadvantage. It is a disadvantage that magnifies the longer the term of the interest rate fixed contract.

The most striking thing about the changes over the past eighteen months is that the Aussie rates are very similar whereas the Kiwi rates have risen sharply. None of this is 'news' to Kiwi borrowers, but it is now accentuating the differences between the two countries.

This Kiwi rise doesn't seem to be coming from a rise in margins, the key margin being the difference between wholesale rates and retail rates. In both countries the margins to swap have decreased over this longish period, even as rates have moved up here. They seem to have in Australia as well, although the movements there are actually quite small.

The mortgage markets in each country are quite different. The New Zealand market is 80%+ based on fixed rate contracts. The Australian mortgage market is similarly dominated by floating rate arrangements.

We have been tracking a New Zealand - vs - Australia mortgage comparison for more than five years now, publishing the shifting penalty that Kiwi home owners pay compared to Australians. We last did that eighteen months ago.

Despite rising New Zealand rates, we still are matching Australia's one year fixed home loan rate offers. But that is solely because challengers like HSBC and Suncorp are reducing their average. For the main banks we have significant advantages here for that one year term, and are more or less even for the two year term.

So, our recent benchmark rate rises only take up back to 'average' Australian levels.

The real commercial reason home loan pricing doesn't reduce in Australia is that the Aussie operations are cost-heavy. Taking ANZ as an example, they report a group NIM (net interest margin) of just 1.6% whereas the New Zealand ANZ operations were still achieving 2.0%. So despite charging higher effective rates to customers of the largest component of their loan book (mortgages), the Aussie bank ended up with a smaller NIM.

Overall, margins to swap are tightening in both countries and have been for about two years. As rates reduced, that limited the practical options banks have to 'maintain' their net interest margins. But in rising markets, they have more options. And the combination of the recent CCCFA restrictions, and other official measures to restrain house price growth, banks may be dealing with less business in 2022, so seeing margins grow may be a way they can keep their financial results from backsliding. Getting margins back to what they had in 2017 to early 2020 would do that.

Lol have relatives in Aus they are nowhere near paying "AU average" rates listed here.  This is like putting lipstick on a turd and saying NZers aren't getting screwed badly.  How about we set the OCR to 5% to "fix" inflation caused by supply constraints rather than economic growth?  Other than committing suicide would that fix the supply problem in a country that primarily imports most of the "stuff"?  Would setting the OCR to 10% fix the problem?  It's like killing yourself to fix climate change :D

I agree with the comments below.... I live in Aussie and if you are paying over 3% then you are basically being ripped off. Interest.. check out mozo.com.au or ratecity.com.au or any bank site.  However... it also depends on if Interest are taking the "comparison rate" which is a reflection of all ongoing costs per year associated with servicing your mortgage.

regardless.... NZ doesnt have state based stamp duty which in some states is an additional 5% of your purchase price - depending on the value of the dwelling you are looking to purchase. So if you are buying for 1M then look forward to finding an additional 50k to cover that cost. And typically stamp duty will be taken out of any deposit you may have saved, and affordability is based on the balance of that deposit.

Yes, we used the comparison rates in each case. The advertised rate in NZ is actually what you get. In Australia it is for suckers, a rate on to which fees and bundle packages are added. Their 'low advertised rates' trap a lot of unwary people. But both brokers and banks like to use them for an easy sell. That is why 'comparison rates' were forced on the industry.

Just refinanced a house upgrade through ANZ.  Interest rate offer was 4.95 % for 5 year fix.  They provide a discount off the carded rates whenever we refinance.

It's not fair to compare a large first world country with a small third world country. The NZ economy and NZD is on a downward trajectory even with rising interest rates. The world has woken up to calamity Janes' shut show. Time for her to move along. She has succeeded at nothing but personal enrichment. Aroha!

I’m assuming you are calling NZ a third world country? I’ve been to third world countries and trust me NZ is not one. Yes we have issues and yes we are heading in the wrong direction but I feel what you are saying is coming out of anger. I feel for the young of NZ, they are getting royally screwed by people drunk on cheap credit and limited investment options. I still hold faith that the government will and should turn this around. I’d like to have this conversation in 12 months and see where we are all at. If it’s the same as it is now or worse. I’ll join you all in OZ 😊

This sort of comment is sadly reflective of a decline in the standard of discussion on these forums.  Nothing positive to contribute?  Don't know what you're talking about?  Then keep your fingers off the keyboard eh?

It's not just that, it's the added flexibility you get in a more diverse market with different products (e.g. pay off 10% of your loan in any given year, lump sum payments under a fixed rate, etc). Here, one of our majors will let you change a repayment amount in a fixed term but then you're stuck with it until your term expires or your break. Not only are we paying over the odds, but our products here are so basic that banks don't even try and compete on their actual offer. They don't have to, so they don't.

Westpac nz you can adjust repayments on a fixed up 20% or back down as many times as you want via online banking.

Many others I've done 10% lump sum no issues, just a bit of manual paperwork

Aus also has an approved split loan for rental investors in an effort to encourage more rentals. Basically if the rate is 3% then you can split the rate so it's 0.5 on your owner occupied and 2.5% on the rental and that way you get more tax advantages too.

Aus still have income offsetting and interest deductibility with no end date. For investors Aus is now the better option. You can also set up a self managed super fund, make a non concessional lump sum contribution, use your fund as a deposit for rental property and the rental never incurs capital gain tax if bought within a smsf.