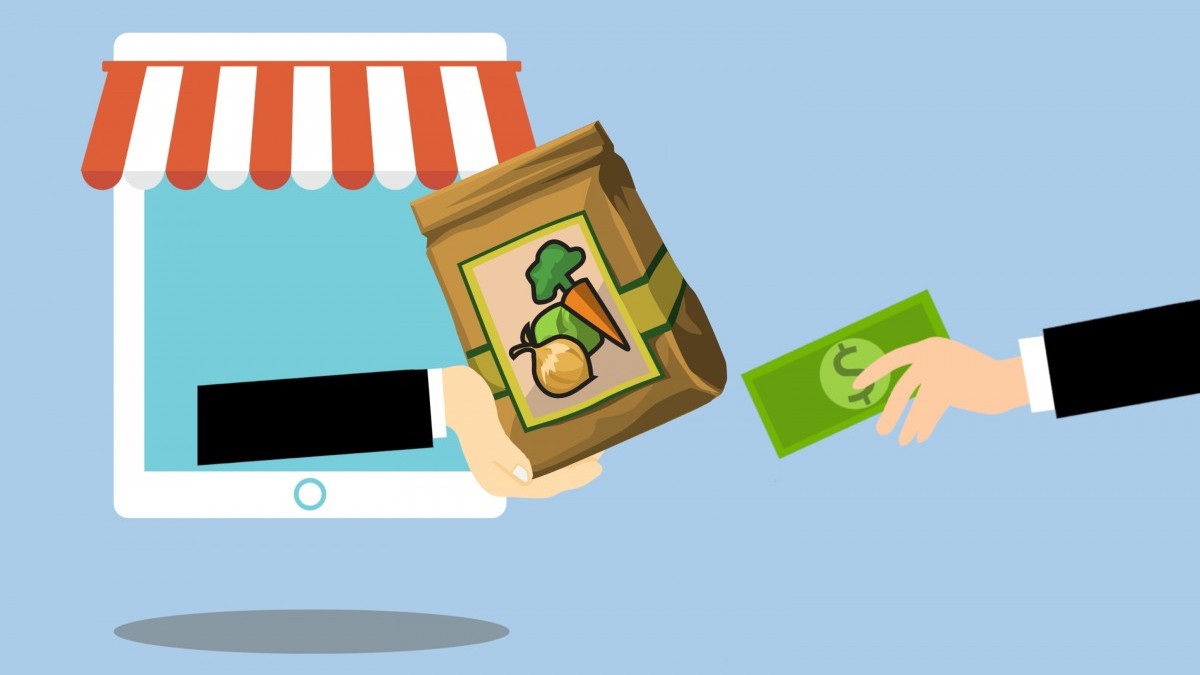 Food price inflation has fallen from the 11-year highs it hit a month ago, but remains elevated - with an annual rate of 6.4% for the 12 months to April.

The reduction in the annual rate of food price inflation from 7.6% a month ago comes primarily from dropping out the figures from April 2021, when prices had a month-on-month 1.1% surge.

However, the dip in the annual rate of food price inflation is unlikely to ease concerns about the current cost of living problems.

During April the prices of ready to eat food and restaurant meals had their biggest rise for a decade.

Ready to eat food and restaurant prices surged 1.4% between March and April, which could be attributed to the rise in minimum wages.

Offsetting this rise was a 3.1% fall in the price of fruit and vegetables.

These were the main monthly price movements:

And these were the main annual price movements:

The Government's coming under increasing pressure to rein in the supermarket operators in the face of rising food costs for consumers.

The supermarket operators have recently responded by in some instances reducing prices of certain goods.

After annual food price inflation hit 7.6% in March - the highest level in 11 years - Commerce and Consumer Affairs Minister David Clark then immediately put out a pro-active press release, obviously designed to head off public outcry, in which he said the Government was "committed to taking action to pave the way for additional players to enter the New Zealand grocery market in order to increase competition".

Referring to the recent Commerce Commission inquiry into the supermarket sector, Clark said then: “Given the importance of healthy levels of competition in our retail grocery sector I have not ruled out going further than the options that the Commission tabled in its final report.”

In that report the commission recommended a series of tweaks to the operation of the supermarket sector, but stopped well short of some of the tough measures it earlier contemplated.

... please please please keep David Clark & this ridiculous government away from my groceries   ... the last thing  we need is them buggering up this as well ... 6 % inflation is not gonna send me to starvation nor penury ... let the supermarkets have their profits  , I dont care , I can shop around ... and mostly , the supermarkets satisfy my needs  ... something I cannot say about Ardern & her boofheads ...

Could ban loyalty cards and tell the supermarkets to just reduce their prices accordingly.

Nothing to see here , David Clark !

There's been alot of anger by the government  & the media that supermarkets are making $ 1 million in profits per  day  ...

... now ... I'm guessing that figure is all supermarkets in Godzone combined  ...

Very disingenuous - maybe you work for the NZ grocery duopoly mafia? The supermarkets are making $1 million EXCESS profit per day - which means profit ON TOP of the MAX profit that can be reasonably expected for this industry. Just give a quick look at prices in AU, and you will be shocked by how much cheaper groceries are in AU compared to us. It is no surprise, as in NZ there is no competition and the duopoly can charge customers much higher prices than would otherwise be the case.

Let's incentivize, facilitate and remove barriers to entry of hard-discount stores into the NZ market, and the consumers can sit and enjoy the duopoly suffer and be forced to grant reasonably prices to the average Kiwi consumer. The rort has lasted for too long and we have been ripped off for too long.

Ready to eat food and restaurant prices surged 1.4% between March and April, which could be attributed to the rise in minimum wages.

Here we go again, the economists' insidious narrative of inflation being caused by poor people getting too much money.

What NZ Stats actually said is that the increase 'coincided' with the increase in the minimum wage. They might also have reported that restaurant and takeaway food has been increasing at well above the rate of CPI for the last couple of years - without wages changing much at all. Perhaps having less available tables due to physical distancing might have caused restaurants to increase prices to breakeven? Or maybe food prices have been going up quite a lot - anyone noticed? Or maybe demand for takeaways has been booming and this has enabled companies to charge a bit more and make hey whilst the sun shines?