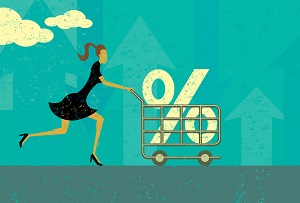 While it didn’t take most banks long to announce cuts to their floating interest rates, following the 25 basis point OCR cut to 3% last Thursday, existing customers are having to wait weeks before being able to enjoy the benefits of the changes.

New customers on the other hand, have been able to take advantage of the lower rates within days of the changes being announced.

As shown in the table below, all the major banks are making their existing customers wait at least two weeks from the time their rate changes are announced to the time they come into effect.

Even though BNZ has outdone the other banks with its 35 basis point rate drop, its customers still have to wait 19 days for the cut to come into effect.

HSBC is the only bank that’s made its rate change effective immediately.

Even though HSBC was four or five days slower than the other banks to cut its rates, its customers are still reaping the benefits of the cut sooner than other banks’ customers.

Nonetheless, it’s a different story when it comes to banks attracting new business.

Co-op, Kiwibank and HSBC made their rate changes effective for new customers on the same day they were announced. Unusually, Co-op announced cuts to its rates three days before the Reserve Bank's OCR announcement.

For new customers the likes of ASB, Westpac and TSB allowed their new rates to be effective within three to five days of them being released.

Interest.co.nz asked the Commerce Commission whether it monitored this differing treatment between new and existing customers, and the time lag between rate changes being announced and taking effect. It said no, and referred us to the Reserve Bank.

The Reserve Bank said it regulates banks’ financial stability, not how they interact with their customers.

Meanwhile, a spokesman for ANZ said the bank had followed the same timeframes as it did in a rising interest rate environment with these changes.

“We give existing customers notice and it enables us to send letters notifying the specific changes. Our approach isn’t dictated by any legal requirements. The point is that we take a consistent approach in a rising as well as falling interest rate environment," the ANZ spokesman said.

And a Kiwibank spokesman said; “This is consistent with our process when we increase variable interest rates as well. This gives us time to communicate the change to our customers so they can adjust any repayments if required.”

Nothing new then , this always happens , the OCR goes up and the letter to homeowners is already printed and dispatched in the 6.00 pm mail ............ same day, with the rate increase often immediate.

The oil companies do exactly the same thing .

And they get away with it because of a total lack of real free market competition and zero consumer activism .

Not sure why anyone would still be on a floating rate that is up to 1.5% higher than a fixed rate with the downward trend over the last few years. Expect another rate cut in November then I would suggest fixing long term. We have historically low rates and seriously how much lower can you expect it to go ?

If the OCR drops to 2.0% as Westpac is suggesting, then the floating rate will be less than my sub-5% 2yr fixed rate.