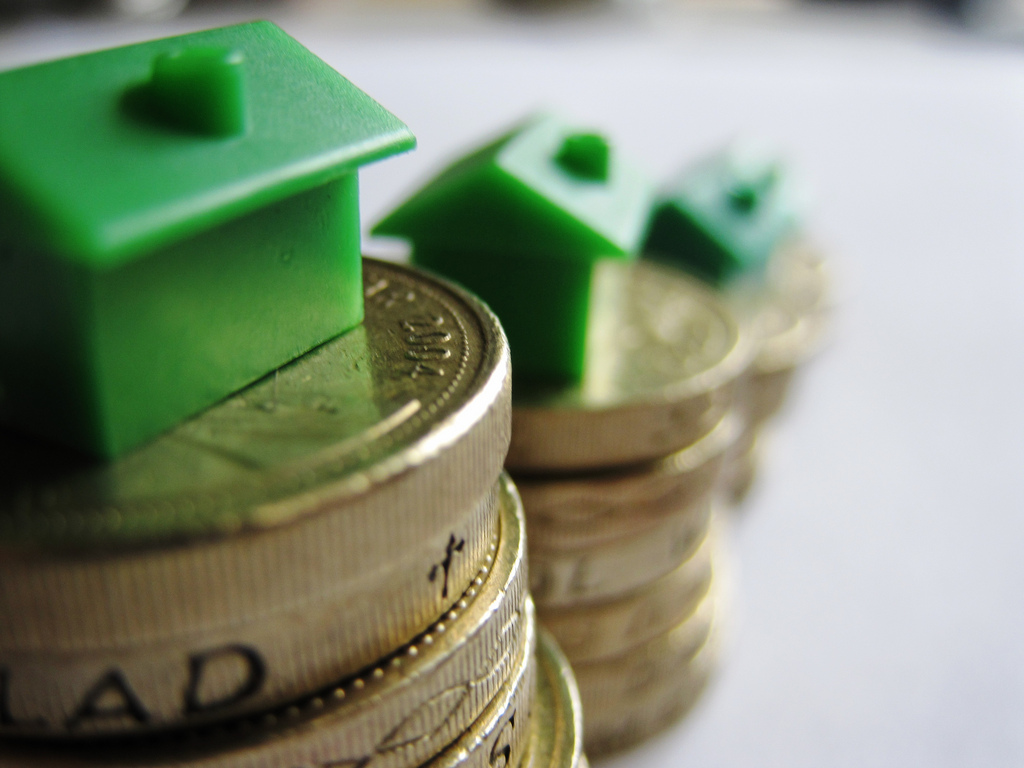 New Reserve Bank (RBNZ) figures show that in the September quarter household debt as a percentage of disposable income slipped off its record high – just.

Low interest rates saw the cost of servicing debt slip back a notch, with interest payments equivalent to 8.3% of households’ disposable income.

The RBNZ has repeatedly expressed concern over high indebtedness making borrowers more vulnerable to a sharp rise in interest rates or a fall in incomes.

Yet keeping the OCR on hold at 1.75% earlier this month, Acting Governor Grant Spencer said: “Monetary policy will remain accommodative for a considerable period.”

The RBNZ only expects to start hiking the OCR in June 2019.

This does not mean to say retail banks won’t increase rates sooner, as they noticeably did in 2016 and at the beginning of 2017, in the face of shrinking deposits relative to loans.

Coming back to the RBNZ’s data, household net financial wealth (which doesn't include land or housing) rose to $615.6 billion in the September quarter – only a 1.4% increase from the previous September quarter.

Jenee , is it possible to give a regional breakdown as household debt is somewhat skewed across New Zealand.

Good question. We are not aware of any current, publicly available data of this sort. Will be worth looking in to though. No doubt we can all make a pretty educated guess as to what this would show about the contribution Auckland households have made to national debt levels.

Taint just Household debt that is the problem.....There is something even more tainted.

Here is a very pointed item I just read from 2 years ago....I did not write this...But I agree with every word.

For some strange reason, there are people sitting in high towers that do not believe debt must be repaid, and can be continually accumulated into infinity - especially GOVERNMENTS that cannot stop their spending binges. They actually believe they can magically make the cost of borrowing disappear, and it's this psychosis that is the reason for our current economic woes. This is the reason the founding fathers mandated that only gold and silver be used as currency, and not worthless paper notes, as the 'cost' to create new money requires effort to mine it out of the ground, and to pay back debt involves a great cost. It is this cost that protects the society from endless debt by imposing the pain of it. Effortless money = a destruction of the economy. Have we learned this lesson yet? Apparently not.

Exactly. There is a culture, an innate one it seems, that cannot perceive the difference between money borrowed and money earned. It is now embedded in our society simply because of how easy it is to get credit, or more accurately, incur debt. Appreciate NZ had to modernise one day but before rogernomics it was almost impossible to get personal loans from a bank at least, & credit cards were yet to really take hold. People got by on HP or lay by.While no doubt the level of bad debts that the banks have to write off now has soared that is well and truly taken care of by the compounding nature of lending which is virtually collecting interest on interest. So guess in very simple terms, if the greater percentage of debt is able to be continually serviced, then what’s the problem, as the financiers might say.

"if the greater percentage of debt is able to be continually serviced, then what’s the problem.."

because as Tim Morgan states
"a functioning market in futurity has been undermined – indeed, virtually destroyed – by monetary policies geared solely to the management of existing debt. ..Artificially low rates, therefore, destroy the equilibrium between the present and the future. (They also block the essential process of “creative destruction”, miss-price risk, and manufacture bubbles).
Moreover, artificially low rates mean that our provision for the future deteriorates at exactly the same time as our future obligations to repay debts increase. If you add to this a third ingredient – an inability to organise the provision of care for an ageing population – the result is a potentially lethal cocktail"

If only my debt could be forgiven.!!
Japan is probably a precursor to what will happen elsewhere.??

Well, not all the founding fathers...Obviously not Alexander Hamilton. But his reasoning was sound at the time, in an agrarian country of almost boundless land and resource, and a population ready to start manufacturing if it could get the capital to do so.

The problem is as you note, when the promise (of future growth) that gets you that debt funding begins to look unrealistic. What then?

So across the country debt is almost 7 x income, which is bad enough. There must be a fair proportion who are a lot higher than that up around the 10 - 12 x income which is concerning. The people in those types of situations are virtually slaves to the system with almost no disposable income.

Its a worrying situation, but hopefully we are turning the corner to rectify the situation

Lets hope all the boomers are mortgage free right now given they're about to leave the workforce and have had perfect conditions for paying down debt (not taking more on.....) on what should have been relatively low lending amounts compared to what is required now

Note that when Jenee refers to the $41B, she is referring to quarterly income for Sept 2017.
The yearly income to the end of the Sept quarter is $162.2 B.

Hi guys, on reading your comments and re-reading my piece, I think it was (unintentionally) a bit misleading for me to use that $41b quarterly figure, so have changed the story to use the yearly one instead. Cheers.

We need to see the true metrics.

All debt is "bad" - it has to be repaid which comes from future consumption. Saying that mortgage debt is good is only true if there is capital gain.

I wouldn't call those bad debts (no pun intended). Many fortunes have been made on borrowed money.

Taking apart your two examples - the diamond example is just pure arbitrage and not long term debt and most arbitrage situations are where large institutions are trading in differences measured in cents (also your seller is fool - why would they sell at price lower than the market price). .

Your second example - never borrow money on a deprecating asset. The asset has cost the buyer effectively $5200 but the asset is not worth $5200. While the interest and depreciation will be tax deductible - the book value and the market may differ greatly. It also makes an assumption that the digger is used continually, if it is not it is capital tied up in a depreciating asset . If the asset is only used infrequently , periodic rental makes more sense as it is wholly rental sum is tax deductible.

...and many fortunes have been lost on borrowed money

It would be a good idea to reduce household debt .

We have no debt , but I just received our property revaluation for our almost 2 acres in Greenhithe , and I think we could be in for a rates increase of shocking proportions.

Its noteworthy that council staff have been on TV with all manner statements to put our minds at rest , but lets not be fooled by these platitudes. There will be more than a fire-storm when the rates bills come out.

If it is painful for us, then its likely to be very painful for many low and middle income families with mortgages to service and annual household Rates bills north of $5,000 per annum .

What is really annoying , is that we are paying for Local Council cock -ups that has restricted land supply and forced prices up , and central Government cock-ups compounding the problem with an open door immigration policy .

Its time Auckland Council started living within its means , like the rest of us have to do.

If rates increases become onerous , than lets hope there is a backlash from Aucklanders and that august body of bureaucrats gets the message and does something about it

"It would be a good idea to reduce household debt ."

The theory is simple - increase incomes.
The practice (as energy surplus declines) is impossible.

Look at a global city such as New York. Your annual payment would be $16k on a $2 million property. Aucklanders don't know how lucky they are, apparently.

And Auckland rates per property are some of the lowest of any city in NZ. Aucklanders are just more worried as they also have million dollar mortgages to pay.

Hi Batman. I live in Greenhithe as well. Most rates in Greenhithe have increased by 35%, so hopefully we get a rates decrease:). But rates are excessive all over NZ.

A very interesting article that obviously divides a number of people when discussing good and bad debt. We've seen the explosion in P2P lending, and it would be very interesting to see how many of these borrowers are actually using the money 'productively' and putting it into businesses, as such a large number of small NZ businesses do. Surely this is good debt if it creates a return for the business owner? I imagine there are also businesses that borrow money from fintech companies for the pure speed and convenience. I see that some lenders offer 9 minute guarantees., which one would assume makes them high cost. But when comparing their annual interest rates to bank personal loans, they're actually cheaper. And given that bank personal loans take days, with business loans taking weeks, you can see why some business people use these second tier lenders. It's easy for people who aren't running businesses to criticise all debt and lambast it as 'bad', but there really is good household debt that is used by small businesses (the backbone of our economy) to create a genuine long term benefit for the borrower.