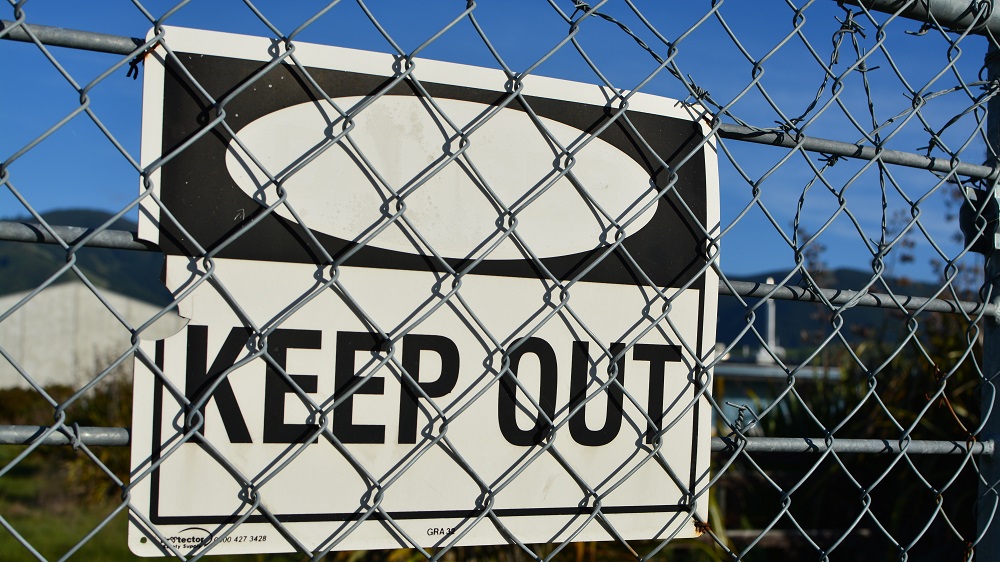 ASB economists say restrictions on non-resident house buying in NZ are "biting" and this supports their view that there will be only a "modest" uptick in house prices in the second half of this year.

ASB senior economist Mike Jones in an ASB Economic Weekly says "there has been a fair bit of attention" on the impact of lower mortgage rates on the housing market recently and talk of "an interest rate driven boost" to the market has become louder.

"We are more circumspect," he says.

He points to the latest Stats NZ property transfer figures that showed plummeting levels of offshore house buying in NZ.

"Restrictions on non-resident house buying in NZ are biting, particularly in Auckland and Queenstown-Lakes

"These regions are underperforming the broader, and increasingly patchy, nationwide housing market," he says.

"This supports our view for only a modest pick-up in house price inflation over the second half of the year, despite plunging mortgage rates."

Jones says there is evidence to suggest that the declining levels of overseas buying are impacting the broader housing market.

"...Areas that previously had a comparatively large non-resident buyer component, like Auckland and Queenstown-Lakes, have unsurprisingly experienced the largest falls. The same is true for Auckland data split by region.

"It’s probably no coincidence that the areas where foreign buyers were previously the most active have tended to experience the sharpest slowdowns in property prices."

He says people have previously pointed out that the overall level of nonresident buying is fairly low.

"This is certainly true. Over 80% of the market is transfers by residents.

"But, as our previous research suggests, it is often the marginal buyer that has a disproportionate impact on setting the price.

"And a clear reduction in non-resident housing market participation over the past year appears to be having an impact on parts of the NZ market."

I thought foreign buyers were supposed to be a minimal blip on our housing demand radar...and the banks had previously confirmed Key's view on that.... now they are saying foreign buyer absence is biting, suggests the influence of foreign buyers was of some influence, ey?
And wishful thinking that prices will increase even modestly second half of this year.

Exactly, many spruikers claim it has had no effect, but guess what!

The DGM thought the bottom would fall out of the market with the FBB.......

But, in reality, the FBB had only a small impact. Average/median house prices are still rising in NZ.

But the market is stalling, even a plane stalls and glides a bit before it starts dropping. RV use to be a benchmark for lowest price, now its a benchmark for highest price.

No DGM here, happy days, no FBB, more money for my pocket, more chance of my kids to get on the property ladder. Rejoice TTP, these are great days indeed.

Maybe it was foreign "borrowers" that were a minimal blip on the banks radar. Because they're typically cash buyers.

Yes – their apparent absence may well be having an effect – and I would suggest they had a far more significant impact at the margin than the simple numbers presented now and as previous - and as the shallow 3% analysis foretold.

In various regions/markets they were wildly enthusiastic price setters at the margin – whatever it took to get the transaction done.

The mass market then blindly followed along as best they could – and as the banks would allow.

So who is the marginal buyer now? To what extent are cashed up immigrants keeping the market afloat?

C31 data is released on 27th. May house sales volumes would suggest weak lending.. but kiwis do love a big mortgage. Could new lending be weak enough for the RBNZ to try and get ahead of the Aussies? Who may be facing a bigger than 0.25% cut next time around.

We live in interesting times.
The remainder of the year - especially the spring period - is going to be telling as to the state of the housing market.

If you read the full ASB report it seems non committal and devoid of a real view. If they are noting the effect of the FBB and the decrease in the marginal buyer at the top end of the Auckland and Queenstown markets why are they not calling these markets to lead the broader market lower ad these slow moving effects come to fruition ?

The 3% of foreign buyers was a total have. When I looked up the numbers at the time, 3% were foreign buyers on BOTH sides of the transaction. The figures for when a foreign buyer was on EITHER side of a property transaction was between 17% and 25%, for all of NZ. Likely far higher in Auckland or Queenstown lakes and far lower in most other regions.

So it is no surprise that property sales have been flat since they have disappeared from the market. The banks have been warned to continue to lend responsibly when the government did a review of the banks after the Aussie banks Royal Commission fiasco. That means they have to lend to mainly NZers who can pay the loans back. With today's house prices... that is a small pool.

There was an interesting link posted yesterday by Joe Wilkes showing data that in Auckland the top end market >2mm was down 43% vs last year over the first 5 months of this year. So not flat volumes. Falling volumes and falling off a cliff.

Yes indeed, Joe posted those facts.
I gave them to him.
They come straight form REINZ website but of course, are not given the promotion act prices are

Mike, are you saying REINZ actually posts raw data on all transactions ? When I looked I couldn't see the transaction price raw data that would allow it to sliced and diced the way you did on the presentation.

A query.
How is a foreign buyer defined?
Is some one living in New Zealand long term on a visa but not taken out residency nor citizenship a foreign buyer?
Is it likely that people in such situations have now formalise their residency?
Correct me if not valid questions.
However it could be that at some of the so called “foreign buyers” could have been intending to be resident in NZ for sometime.

I would imagine some of the buyers were indeed intending to relocate to NZ. Probably not though the majority who bought on Chinese language sites set up specifically to target the mainland community in big urban centres who simply wanted to get money out of China and park it somewhere offshore.

Just looked it up again, you can see the stats here: https://www.stats.govt.nz/news/drop-in-home-transfers-to-overseas-buyers

The oft touted 3% is "No NZ citizens or resident visas". As foreigners coming into NZ have often got residence or citizenship relatively easy (processing time is 6 months), it's a good question. Is an Indian making $25 an hour (who is getting $10 an hour "taxed" by his employee/slave driver) considered a NZer after 6 months? According to the rules - yes.

Of course you also have rich listers from overseas who buy massive properties and "invest" 3m into NZ, then stay for the minimum time required for them to get a resident visa before going back to where they came from. This person is also classified as a NZer.

Or you can just buy your citizenship by making heaps of money through backing a successful NZ company. You barely even have to set foot in NZ. But don't worry, you are also a NZer! https://www.theguardian.com/world/2017/jun/29/new-zealand-gave-peter-thi...

Of course you can also just come in, set up a company, then buy property with the company. Or have your friend in NZ do it for you. Then you can avoid the question completely and fall into the "Corporate Only" group.

I'm no expert, but I'm not sure it's quite that simple:
https://www.linz.govt.nz/overseas-investment/find-out-if-you-need-consen...
"You are an overseas person if you are neither a New Zealand citizen, nor ordinarily resident in New Zealand. A company, a partnership, a joint venture or a trust can also be an overseas person." It then talks about getting expert legal advice to determine one way or the other.

That’s for the replies.
Clearly it could be a little more complex than a simplistic stereotype of it being offshore investors with no presence or connection to NZ.

No doubt ASB also, like so many others, told us that OBB would have negligible effect.
It is so different now isn't it?
Auckland sales over $2m are down 47% in last 5 m compared to a years ago.
Over $1.4m in Albany Ward, down 42%

So, those who bought a house over $1.35m approx, since mid 2015, will have great difficulty getting same price for it from the shrinking pool of interested and eligible buyers at those exalted heights. Course this will have no impact on velocity of money or GDP because, like the OBB, it is all negligible in effect.

This will have and is happening domino effect and now since last few weeks even units price in 700s are being pushed low.

Does anyone else think that our previous prime minister may come to be viewed very dimly over time?

..quite a few of us worked it out after the first 3 years. For some it's taking longer.

He allowed, and indeed encouraged, a very naïve New Zealand to be sold to the world – and some in foreign parts couldn’t believe their luck….

Yep sold his house at the peak, hes a bit like his mate at ANZ.

Nope, not me, I viewed him dimly for most of his time as PM. I was one of those that could see right through him from the get go, just about

I was conned early and voted for him for his first term. But not after that.

Does it mean that you agree that foreign buyers were reposonsible for housing bubble - money laundering.

Like all recent rounds of interest rate reductions, the adrenaline effect at the lower end will be short lived. The finances of many individuals are resting on outdated price appreciation expectations. In a short time, disillusionment will further dampen activity, selling will remain strong and buyer appetite will further wane.

The longer this goes on for, the more you educate newcomers that there is no hurry. Its all self fulfilling. Why should buyers risk being underwater when savings also provide security and financial independence. Even more so with a deposit guarantee!

This has yet to play out.

Absolutely right. But as you know, those with very strong vested interests like some who post on this website won't give up without a fight. They are clearly highly leveraged and worried, otherwise why would they bother arguing with us if they were so comfortable? If you were doing so well out of property you would be travelling, pursuing past times etc.