New research indicates 484,000 people plan to get involved in the housing market in the next 12 months - with most would-be buyers

Property
New research indicates 484,000 people plan to get involved in the housing market in the next 12 months - with most would-be buyers 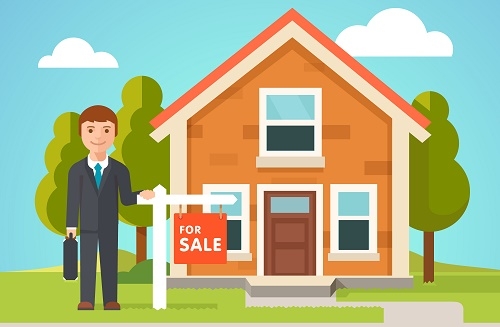 Nearly half a million New Zealanders are planning to be involved in the housing market during the next 12 months, according to new research from Nielsen NZ.

Nielsen NZ research director Tony Boyte said 484,000 people are planning to purchase, sell the property they live in, or sell another property (e.g. investment/holiday home) within the next 12 months.

"Most people in the New Zealand property market are buyers (95%), with a high proportion of this group (38%) being first time home buyers. Over three quarters of market buyers are looking to purchase their primary residence (77%). Seventeen percent are buying for investment purposes – down from 19% in 2015," Boyte said.

The online survey was conducted between August 2 and August 14, 2016, and polled 1200 New Zealanders researching property. The total sample size has a margin of error +- 2.9%. 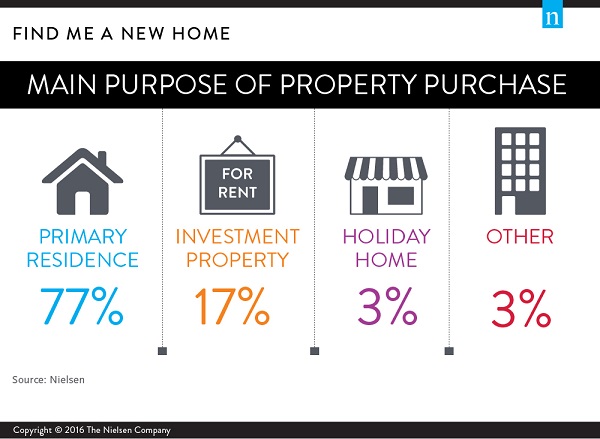 The survey's findings come out just before the October 1 official introduction of new LVR restrictions targeting investors. While the restrictions haven't officially taken effect, banks have been effectively applying the new rules virtually from when they were first announced on July 19.

Reserve Bank Governor Graeme Wheeler said last week he was seeing initial signs that its new Loan to Value Ratio (LVR) controls on landlords announced in mid-July, along with tighter lending criteria and a lack of pass-through of previous OCR cuts by banks, was moderating the housing market.

New Reserve Bank figures for August released this week showed definite signs of a slowdown from investors, but also indicated that first home buyers were somewhat resurgent, suggesting that other buyers may be more than willing to take up the slack from the investors.

Nielsen NZ's Boyte said that with interest rates currently at an all time low, continued migration increases and a housing shortage (especially in Auckland); the demand for property was still pushing up house prices, albeit at a more measured pace.

"Buyers expect to pay an average of $524,671 for a property; the expected price has increased by 3% compared to last year," he said.

"However, this has dropped three percentage points to 44% in the last year. A quarter (24%) plan to purchase privately and the same number are yet to decide."

Boyte said Trade Me Property had the highest overall "brand rating" in the real estate market, followed by Realestate.co.nz. The highest rated agency is Harcourts.

He said more than one in two property buyers do not currently have a mortgage.

"Of those who do have a mortgage, ANZ bank is the most popular holding a 15% share of the market.

"There’s an opportunity for those involved in the home loans market to attract those buyers looking for a mortgage and also those not entirely satisfied with their current provider - 12% of people in the property market say they are likely to change mortgage provider in the next 12 months."

Nielsen NZ went on to say that "29% of those half million people or 145,000 were Students and 40% or 200,000 were looking for an investment, the remaining where FHB who were bloody dreaming."

Where did you get this from?If it's true it's pretty irresponsible reporting when the market is already overheated.

I thought with my last part (a reference to The Castle) people would spot I was joking.
But the title of this article is a joke in itself, 500,000 people? One only needs to look at how many houses are bought and sold each year for that to become clear.

Too funny TimfromTaupo.
If there's anything Dad loved more than serenity, it was a big two stroke engine on full throttle!

Actually TimfromTaupo, if you take somewhere in the middle of NZ, like Taupo, median house prices have gone up from $320,000 to $400,000 over the last decade.

When you consider mortgage rates have halved over the same time, that means it is MUCH MUCH more affordable for first home buyers (or anyone) to buy a house in Taupo TODAY, than it was a decade ago.

It's the same across much of New Zealand, where prices have gone up at or below the rate of inflation over the last decade.

So in much of the country it's significantly easier and much more affordable to get onto the housing ladder than it was ten years ago.

But the Auckland-centric media will devote 100 times more column inches just to Auckland housing, than it does to the other 70%.

Agreed. Many regions comparatively undervalued and at 4% interest rates is actually cheaper to buy than rent a similar property. Palmy the best buy at present, up 10-15% last year, but still only marginally up on 2007 peak, years of flat lining mean lots and lots of cashed up buyers who are all entering at once now that the market is 'lifting', the FOMO will drive another easy 20% gain over next 12 months and prices will still be affordable and under 400k.

Only around 100,000 homes sell in NZ each year so this survey outcome is a joke!
They should run that survey again now that the 40% investor rule has been activated - that will count out many with previous investment intentions.

Yes, I have a background in research, and when I saw 484,000 are intending to purchase and sell property, I thought that seemed a bit far fetched. Standards have obviously fallen off a cliff at Nielsen, but I need to look at this property.

I did a quick summary of house sales in the past 12 months courtesy of the REINZ data. The total # of sales was approx 93,000. The total # of households in NZ is approx 1.7 mio. So based on Nielsen's data, approx 26% of the NZ housing will turn over in the next year. Can I smell a Tui billboard?

Also, based on Nielsen's data, if we assume that 93,000 of the 448,000 transactors are buyers only, that would mean 79% of the transactors will be selling property in the next 12 months--3x the volume sold over the past 12 months.

You're overlooking the difference between intending to buy and actually buying.

4 ppl looking to buy in next 12 months, 1 actually does it, has the balls, is able to etc.

The other 3 get out bid, kick tyres, fail to meet lending criteria.

I need to see comparative data eg previous years before this means anything to me.

Does look like sentiment is still very strong, booming markets outside auckland playing a bit part.

There'd be a few spending the lotto win they had planned for in the next 12 months as well, you didn't factor them in. :D

OK, so if you put the research in the proper context, that means of all people "planning to buy or sell property", approx 1/5 will actually do so, based on recent outcomes in transactions. The research design is flawed in my opinion. I would think that the research needs to include a measure of likelihood of buying to give it some meaning. 484,000 is estimated based on the sample. It doesn't really tell me much.

The survey is done by the same team that says Shortland Street is one of the most popular tv programmes in NZ.
Unbelievable

They did an online survey of people researching property and found that quite a few of them were planning to be involved in property? Well, ain't that a shock result.

Hardly a representative sample. That's so skewed and self-selecting that it's meaningless.

It should be representative of online users.

Where can I get more information on this survey TimfromTaupo/Kakapo?

Just a second, I'll get out my tarot cards ... or you could click the link in the article.

Ahhhh.Amazing what you can see when you clean your screen,.Thanks:).