ANZ economists believe the RBNZ will further relax the mortgage lending restrictions next month, though not by much; they see a 'neutral level' of low deposit loans being about 15%-20% of banks' lending

ANZ economists believe the RBNZ will further relax the mortgage lending restrictions next month, though not by much; they see a 'neutral level' of low deposit loans being about 15%-20% of banks' lending 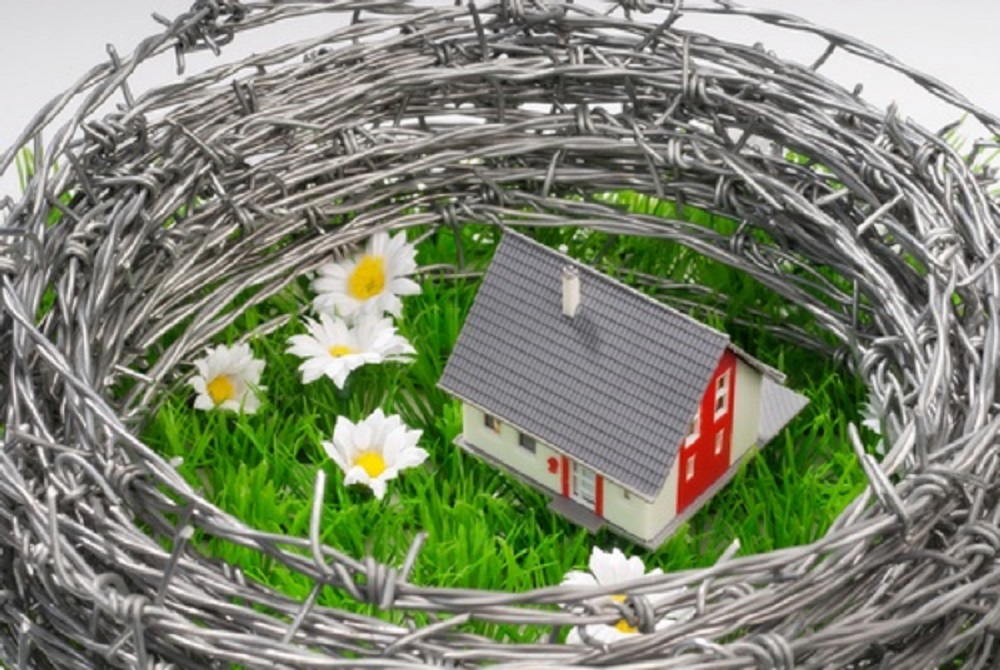 Economists at the country's largest bank are tipping that the Reserve Bank will further relax - slightly - the rules around low deposit mortgage lending next month.

The RBNZ will review its loan-to-value ratio (LVR) limits  as part of its latest six-monthly Financial Stability Report to be released on November 28.

In their view, the RBNZ's criteria for a further relaxation of the rules have been sufficiently met to justify a continued gradual easing in the restrictions at the FSR, "especially since risks around the housing market outlook appear skewed to the downside".

"And given that investor demand appears particularly soft, we expect that any change would involve a marginal loosening in investor restrictions."

The LVR rules were relaxed slightly from the start of this year.

At the moment the rules are that banks must:

"In our view, a neutral level for the restriction – that neither boosts nor dampens the housing market – might be consistent with lower-deposit loans being somewhere in the realm of 15-20% of lending, as opposed to under 10% now. We expect that the RBNZ will ease the restrictions only a little, such that they are still at levels consistent with the restrictions exerting a continued dampening force on the market," the economists say.

They say the RBNZ will want to keep the restrictions “tight” until they are satisfied that the risk of resurgence associated with further easing would be small.

"Given the risks associated New Zealand’s high levels of house prices and household debt, they will want to be sure that there is no more fuel in the tank before taking their foot completely off the brake."

The criteria as previously set out by the RBNZ in order to loosen the LVR restrictions are:

"Currently, housing market pressures are contained and while resurgence would certainly not be desirable, the Auckland market could perhaps benefit from a little more support," the economists say.

"Markets outside Auckland are very tight, but it does not appear that there is a large speculative element at play that could lead to a boom-bust cycle – nationwide house price expectations are fairly contained and rental yields do not appear unsustainably low."

The economists say that high-LVR lending remains low as a share of new loan commitments and lending standards are prudent.

"Credit growth remains stable and has been tracking at a consistent rate of 0.5% m/m for the past year, with no signs of a pick-up. Indeed, given recent softening in market turnover, a softening in the pace of new lending from here is possible. But importantly, house prices and household debt remain high relative to incomes, warranting continued caution with regards to financial stability risks."

The economists say the impacts of changes in the LVR restrictions on activity, inflation and the Official Cash Rate are likely to be fairly small, particularly relative to the magnitudes of other developments that the RBNZ is contending with when weighing up the outlook for monetary policy.

"But even so, at the margin an easing would allow the RBNZ a little more time to watch how conditions evolve – with the OCR comfortably on hold."

The economists say they would, more generally, expect the effect of an easing in the restrictions on the housing market would be small, especially if it is gradual and targeted at investors.

"There would likely be an increase in demand at the margin, as some low-deposit buyers enter the market, which would lead to an increase in sales and prices, all else equal. But the magnitude of the effect depends on how binding the constraint currently is – that is, how many marginal buyers are currently locked out of the market. With the housing market soft, property investment less attractive and pent-up demand appearing to have waned (especially in Auckland), we suspect the constraint is not particularly binding at present."

Is that "PONZI" in the URL mere coincidence?

Given what's happening in Australia, with some Sydney suburbs already seeing around 15% drop, and Melbourne starting to catch up with that, people would be downright foolish to lend a lot and buy in NZ right now.

Buyers stage of life will dictate whether they are keen to make a move and press go. If a couple decide to start a family whilst still renting, that will probably see them stuck in a rental forever. And remember that it is only some parts of nz such as auckland which have the over the top pricey homes.

Some (mostly prime) Sydney suburbs are actually up 5 to 15% year on year, but that doesn't sell newspapers. Regardless, the plunge protection squad are ready and waiting and will prevent house prices falling much further.

Source(s)?
Given that CoreLogic has stopped publicly providing disaggregated constant quality indices, it would be good to get some alternatives.

Those are all median prices...
Given that pretty much all the commentary focuses on constant quality indexes, it's not really fair to point to medians as a rebuttal.

Ok, so where are the constant quality index's to suburb granularity?

You needed to have the Rose Bay/Bellevue Hill trade on

Exactly my point above.

CoreLogic does still do them (not to suburb - perhaps postcode), but they are pay to view.

However you look at it, it's all heading down to funkytown. The show is over, and there are so many people with huge mortgages who will be in negative equity in Sydney as it happens. The decline is accelerating if anything. We can hope it doesn't spread to NZ but it's only hope. We can look at the micro-level Sydney and Melbourne suburbs and split hairs, but really all we need to do is look at the charts of the most historically overvalued housing markets in the world, and be pretty sure they won't stay like that - Australia, NZ, Canada among them. It's not different this time. Australia managed to keep the markets going during the GFC with stimulus, not to mention a huge number of interest-only loans, but the party's ending. The banking royal commission in Australia is kind of the nail in the coffin too I think.

Oh, you mean by the RBA lowering already low interest rates, while the US is raising? Or yet another stimulus package to first home buyers? I think this might be the end of the line, and this is a substantial crash starting.

Voiceofreason, you say:
"people would be downright foolish to lend a lot and buy in NZ right now"
Who would people lend to? Can you or any of the 9 thumbs up explain that statement?

Yvil, sorry if I was unclear. I meant I think it would be very unwise to take out a big home loan and buy a house in Sydney or Melbourne with it at the moment. Better to wait for, how long? Until this crash looks like bottoming out, which could take a couple of years. I''m estimating at least a thirty percent drop, maybe more. Even then Sydney prices wouldn't be cheap, but there will be some real bargains. I made 56% in 4 years on a property in Sydney up to 2011. It looked like declining back in 2011, and really should have. It seemed expensive then! Since then it's been all bubble, pumped up by speculation and various incentives.

LVR's is a blunt tool that is likely to have been replaced by the more subtle 'unofficial' DTI ratio that includes a verified income receipt; loan repayment schedule based on 7.5% interest rate - regardless of actual current cost; real living expenses and real other commitments ( eg; credit card limits unutilised etc). In that light, does any change to LVR's matter? If you can't afford it, you can't afford it no matter what the LVR suggests!

A better tool to make lenders more cautious and responsible is to to make loans 'Non Recourse' as in the US.
This means that the borrowers liability is limited to their equity and if the property falls below this the loaner can walk away from the property debt free and send the keys to the bank - so-called 'Jingle Mail'.
With some skin in the game lenders would act more responsibly so as to preserve their own capital.

The Fannie Mae and Freddie Mac bailout occurred on September 7, 2008. The U.S. Treasury Department was authorized to purchase up to $100 billion in their preferred stock and mortgage-backed securities.

Agreed on 'unofficial' DTI, one shudders to think that the banks are actually looking at income, security of income and debt/default risk (aka doing their job vs padding their bonus). In climbing terms, the leverage ponzi is high on the slopes of Everest and looking for another freshly printed oxygen bottle...but there isn't one. How things have changed.

he RBNZ cannot loosen LVR limits on investors because of the third criterion - "Confidence that an easing in policy will not undermine the resilience of the financial system".
From that perspective the existing settings on investors is already too lax. LVR limits of around 50% (lower than the current 65% LVR Limit) are necessary to prevent the investors destabilising the system. Look to the central bank of Singapore for instruction as to how to properly constrain investors. read more

Even if you do that the Chinese have created so much debt in their private system it pales into insignificance... It needs a proper regulation of residency and annual occupancy level. Everything can be measured through digital passports these days and we only have 1.8 million properties to log on a system against ownership. I could get it set up in 6 months.