Further gains in global dairy prices are prompting economists to push up their milk price forecasts higher and higher - with a $7.50 per kilogram of milk solids price now looking eminently achievable

Further gains in global dairy prices are prompting economists to push up their milk price forecasts higher and higher - with a $7.50 per kilogram of milk solids price now looking eminently achievable 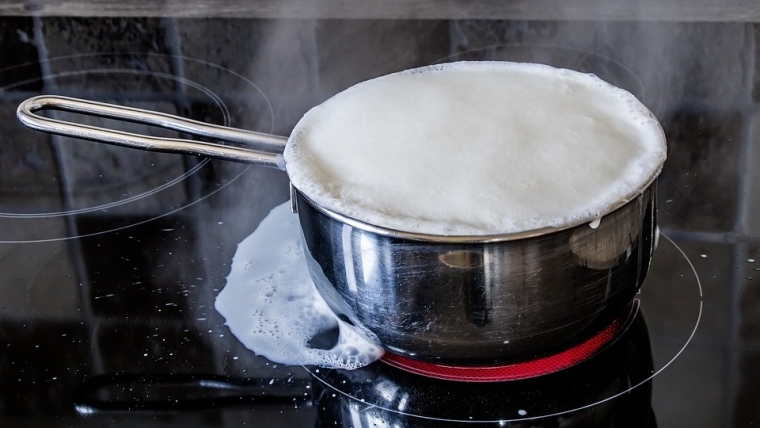 The milk's on the stove and it's starting to boil quite nicely.

And if the 'heat' stays on then Fonterra farmers could be set to get one of their best ever milk price returns for the current season.

And, also, it's now being suggested that there has been a 'structural' fall in milk price volatility and the farmgate milk price is 'moving to a higher plateau' for the future.

The fifth consecutive rise in prices on the GlobalDairyTrade auction platform has prompted economists to further boost their forecasts of the likely milk price Fonterra will be able to pay its farmers this year.

Fonterra itself has a current wide forecast price range of $6.55 to $7.55 - having increased the price recently from the season-starting forecast of a range between $6.25 and $7.25.

The dairy co-operative has indicated it will narrow its forecast range as the season progresses. A further update could be expected from Fonterra early next month.

One of the best ever

However, judging by what economists are saying the chances are increasing that Fonterra might be able to achieve a $7.50 price, which would be one of the best ever.

ASB economists have in recent times been bullish forecasters of the price, often correctly picking higher prices than fellow major bank economists. For once, this season the ASB team has actually been 'lagging the field' with its price pick.

Not now, however, with ASB senior rural economist Nathan Penny on Wednesday boosting his price pick to $7.50 from $7 previously.

"We set our initial 20/21 milk price forecast at $7.50/kg. Notably and unlike the 19/20 season, Fonterra is likely to be able to capture the full benefit of the weaker NZ dollar.

"Almost as important as our bullish milk price view, our observation is that milk price volatility has fallen.

"Indeed, we believe that the fall in milk price volatility is structural in nature. In that sense, the farmgate milk price is moving to a higher plateau." 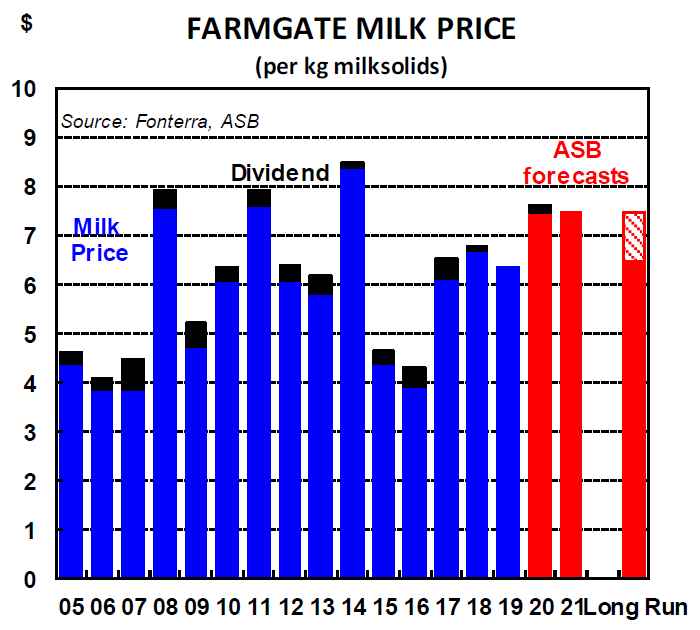 Penny says in terms of the current season, global dairy markets are "tight".

"In short, production growth in the key dairy exporters is insufficient to meet growth in global demand. Accordingly, global dairy prices are lifting.

"Overall dairy auction prices have lifted 8% since early September at a time when the spring flush normally forces prices lower."

BNZ economists on Wednesday lifted their milk price forecast for the season to $7.40 from $7.10 previously.

"Indeed, we would be forecasting a higher milk price if it were not for still elevated – if down from its peak – global economic uncertainty.

"For perspective, we estimate if international prices maintain their current levels through the remainder of the season, it would be enough to generate a milk price around the top end of Fonterra’s current forecast range of $6.55 to $7.55."

Steel pointed out that since Fonterra announced its current forecast in late October, GDT prices have lifted 5.5%.

'The top half' of the Fonterra forecast range

"Of course, with some milk already sold, these price gains will not apply to the entire season’s milk and the slight lift in the [NZ dollar] over the last month or so will take some edge off. But it’s clear the balance of developments to date favours the top half of the range rather than the bottom half."

Steel said while many global risks remain, they have eased somewhat on the prospect of a partial US-China trade deal.

Well at 7,50 it will be a massive boost to the economy , all those shiny new tractors and Utes , not to mention stratospheric farm valuations .

It does a little bit more than that. Increases in net external income are leveraged at a national level, export volumes actually correlate hard to national asset values.

Not true, dairy contributes little, if anything to GDP.

Milking the land is more profitable.

land cannot be exported (so no fear of losing anything), milk can be. Let both rise to its natural levels without any undue interference. we will be prosperous.

Forestry allows you to milk the land and carbon credits.

Foreign investors have been doing just exactly that.

Getting their money out of their less desirable countries and into our stable, democratic one. And watching it magically multiply.

Trickle down economics be damned!!!!!!
Quantity does matter - around 60% of NZ bank lending is dedicated to residential property mortgages held by one third of households.

What's the general effect of milk price on Fonterra shares?