Fonterra has retained its forecast for a 2-3% fall in milk production this season, but sees evidence that farmers are 'pulling back', which could lead to a later downward revision in forecasts

Fonterra has retained its forecast for a 2-3% fall in milk production this season, but sees evidence that farmers are 'pulling back', which could lead to a later downward revision in forecasts 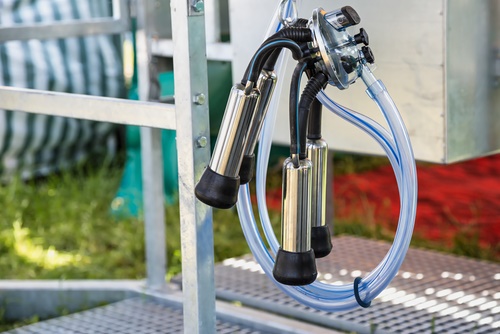 Fonterra's sticking with its recently made forecast that milk production will drop by 2-3% this season but is very much leaving the way open for further forecast reductions later.

The dairy co-operative said today that it was maintaining its milk volume forecast for the 2015-16 season at 1,589 million kgMS, "which is in the range of 2-3% lower than the amount collected last season".

However, group director co-operative affairs Miles Hurrell said there was evidence that farmers were pulling back on production, "which could lead to a further downward revision of forecast volumes as we move through the season".

Economists see it as important that there is a meaningful drop in production here in order for global prices - through simple rebalancing of supply and demand - to stabilise. However, there also needs to be a reduction in production in other parts of the world too - and the Reserve Bank was indicating today that the easing in global production growth "has been more gradual than expected".

Fonterra's Hurrell said that in NZ farmers were responding to the lower forecast Farmgate Milk Price by returning to more traditional farming practices.

"They are reducing the use of feed supplements, and lowering stocking rates per hectare as they concentrate on utilising pasture.

“Market data from several independent sources show that cows are being culled at higher rates than last season while many of our farmers are also providing early advice that they are expecting significant year on year volume reductions.

“In addition, currently our daily milk collection average is lower than for the same period last year,” Hurrell said.

But he said it was still early in the season, and any forecast was very dependent on weather conditions, "which have so far been poor for production".

Given all the variables Fonterra had decided to maintain the current production volume “at this very early stage".

Fonterra's forecasting a milk price for its farmers of $3.85 per kilogram of milk solids for the current season. Just last year farmers got $8.40kgMS. However, since early 2014 there's been about a 55% drop in global prices. The price in the recently completed season was $4.40.

After 10 consecutive falls in prices at the GlobalDairyTrade auctions, the last two have seen a sharp bounce back. However, economists are generally sceptical that prices can surge much higher without meaningful falls in production.

In its latest Monetary Policy Statement today the RBNZ - which has been following the global slump in commodity prices very closely - said it assumed the recovery in world dairy prices, "towards a more sustainable level", will be slow.

"Prices on the GlobalDairyTrade platform are assumed to remain subdued over the next year before picking up."

The RBNZ said despite the 27% rise in dairy prices on the GlobalDairyTrade platform since the beginning of August, dairy prices remained near six-year lows.

"Growth in global milk production ramped up significantly in 2014, contributing to a build-up in inventories.

"While many farmers, including in New Zealand, are operating well below break-even price levels, the easing in global production growth has been more gradual than expected. Supply adjustment is being delayed partly by subsidies supporting farmers in several countries.

It said that leading up to the September MPS, representatives of the central bank had talked to more than 20 organisations connected to the agriculture sector, and another 30 firms from other industries. "The aim of our discussions with the agriculture sector was to better understand how low dairy prices will affect farmers, rural communities, and wider activity."

The RBNZ said that people it had contacted noted that to manage reduced cash flow, farmers have been increasing overdraft use, and are using deferred terms and interest-free loans where possible. "Some farmers have sold Fonterra shares to free up cash. Many farmers are likely to take up the Fonterra Co-operative loan."

The RBNZ said the ability of farmers to take on new debt depends on banks’ willingness to lend, and an individual farmer’s financial situation.

"Contacts also note that many farmers are having to reduce their costs. While the ability to cut costs differs across farmers, all will be considering the effects of changes on future milk production."

The RBNZ said its business contacts noted that a typical sequence of responses to lower cash flow was as follows:

"Contacts note that confidence in different areas of agriculture production tends to move in sync with confidence in the dairy industry," the RBNZ said.

"Contacts noted that some offset may come from the depreciation in the exchange rate, supporting agricultural exporters’ incomes. It was also noted that rural suppliers may reduce prices in response to weaker demand from the dairy industry."

Will any production gap be filled by the recently re-subsidised European farmers?

It may havr been last year, but due to lag in being paid it was the season before last the payout was over $8. I am not a dairy farmer, doesnt mean much to me, but I bet dairy cockies are sick of being told $8 was just last year.

Yea there seems to be a real dead spot in most commentaters memories with the $4.40 payout completely wiped from history. Probably due to the need to forget that they collectively said that one year below $5 would be alright but two would be a disaster, so by ingnoring it well it just never happened and all is rosy.

A number of farmers near us are on, or about to go on, 16hr milkings. That's milking approx 3 times in 2 days. Got nothing to do with wanting to reduce production and everything to do with a shortage of grass growth due to a long, cold, wet, winter. Of course PKE is rising in price so they are choosing to reduce milkings rather than take on more debt and buy in feed. Those that still have supplementary feed on hand are going through it fast. In our neck of the Southland woods, there will be many more farmers joining those already on reduced milkings in the next few weeks unless there is a marked turnaround in grass growth. To be on 16hr milkings this early in the season does not bode well for this season.

The light at the end of the tunnel aint anything to be cheerful about. This commodity rout is just warming up.The EU taxpayer is being sponged on.

Landcorp (taxpayers!!) near Taupo has invested big in pivot irrigation - no production pullback here. Can see the arm-wrestle of epic proportions getting started.