Questions remain about whether latest revival in dairy prices will be enough to enable Fonterra to meet its $4.60 per kilogram of milk solids payout price to farmers

Questions remain about whether latest revival in dairy prices will be enough to enable Fonterra to meet its $4.60 per kilogram of milk solids payout price to farmers 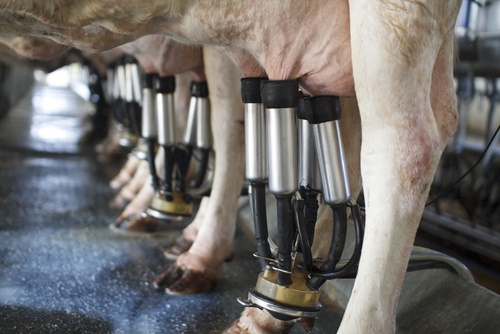 There will be some exhaling in relief after global dairy prices gained overnight, ending a sequence of three consecutive auctions in which prices had fallen.

The GlobalDairyTrade Index advanced by 3.6% while the crucial Whole Milk Powder prices gained 5.3% to US$2260 a metric tonne. This is, however, still well adrift of the US$2824/MT price achieved at the GDT auction at the start of October after four consecutive strong auctions had seen prices recover from the extremely low levels (US$1590/MT for WMP) seen at the start of August this year.

Fonterra has forecast a milk price of NZ$4.60 per kilogram of milk solids for its farmers and reiterated this recently. It has, however, stressed that the forecast is dependent on global prices climbing early in 2016.

And economists at the country's largest dairy farm lender ANZ are questioning whether the latest signs of revival in the global market will be enough.

ANZ rural economist Con Williams said current market expectations were for a further lift at the second auction in December.

"The key question is whether this enough – combined with other forward looking indicators – for Fonterra to hold their milk price forecast of NZ$4.60/kg MS?

"Clearer communication has been provided this season that US$3,000/MT for WMP in the first quarter of 2016 is required to deliver the NZ$4.60/kg MS.

"However, year-to-date pricing is only indicating something around the $4.00/kg MS mark at present."

Williams said these indications highlighted the extent of downside risk for farm incomes.

"At this stage we struggle to see a favourable catalyst that is likely to deliver the US$3,000/MT.

The most obvious catalyst for prices to move toward Fonterra’s target was El Nino, Williams said.

"Certainty the East Coast of the South Island and bottom of North Island are looking dry at present. From a dairy perspective, a lot of this is under irrigation for now. Combined with many other regions being in reasonable shape, we see it as a watching risk. But for farm incomes, a summer drought is not a desirable driver for a turnaround in prices. In our opinion it would likely weigh more heavily on morale and 2015/16 bottom-lines.

"That said, depending on how the currency behaved, it could dramatically improve the outlook for 2016/17."

"Most are not picking a more sustainable turnaround until mid-2016. But these expectations keep getting kicked down the road."