Reserve Bank statistics show New Zealanders increased the amount in their bank accounts by $10.6 billion in the four months to the end of June; separately an RBNZ survey shows Kiwis are becoming less worried about losing their jobs

Reserve Bank statistics show New Zealanders increased the amount in their bank accounts by $10.6 billion in the four months to the end of June; separately an RBNZ survey shows Kiwis are becoming less worried about losing their jobs 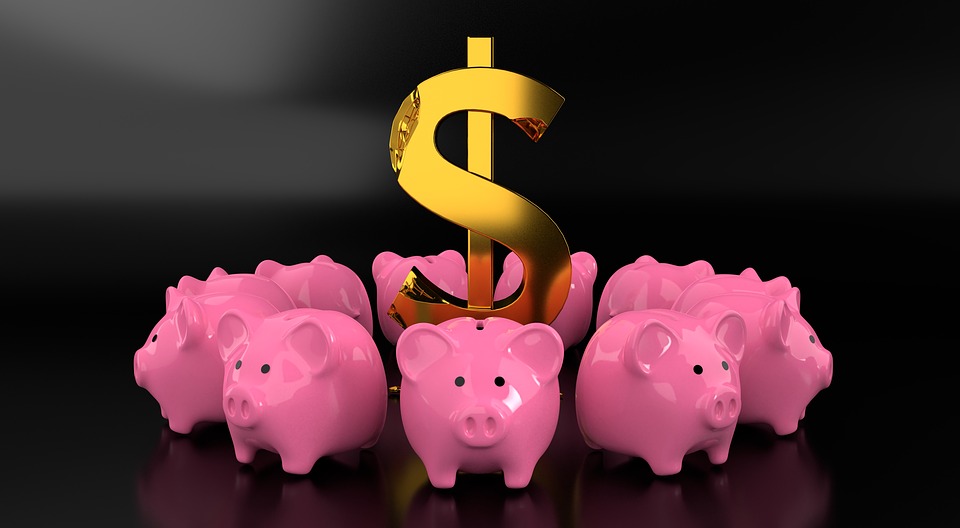 The great Covid cash stash of 2020 is still under way in earnest - though whether that will remain the case will be tested over the next few months, particularly with the wage subsidy ending in September.

However, even with the end of the subsidy approaching, New Zealanders, according to a new survey, or becoming somewhat less worried that they will lose their jobs in the short term and also less concerned about meeting mortgage payments.

According to data compiled by the RBNZ the amount held by Kiwi households in the bank increased by a whopping $10.6 billion (5.75%) to just over $195 billion in the four months to June.

That's an annualised growth rate of well over 17%.

In straight dollar terms (not adjusted for inflation) that's easily the most that's ever been accumulated by Kiwis in a four month period.

It actually follows a period when bank deposits were languishing - up till February this year. But that all changed after the lockdown and wage subsidies kicked in.

Whether that money will stay in the bank over coming months, particularly with the last of the wage subsidy running out next month is the $10.6 billion question.

And it is worth noting that while there was something of a spike in term deposits in May, this was reversed in June and in fact most of that extra $10.6 billion since the end of February has gone into transaction and savings accounts.

Mind you, with the super-low interest rates on term deposits, maybe that's not all that remarkable - but it does obviously mean that this is money that could be easily withdrawn should needs dictate that.

It will be interesting to watch in coming months.

Obviously one key thing in all this is whether people lose their jobs.

The RBNZ is attempting to keep on top of the situation and one thing it has been doing, is adding to its normally quarterly household expectations survey with an additional monthly 'income concerns' survey.

The latest one, conducted during the first half of July, shows that while concern over losing jobs in the short term is still very much there - it has receded.

Likewise, concern over being able to meet mortgage payments has receded.

There were regional differences though. Wellingtonians were reasonably confident - Aucklanders less so.

The RBNZ said respondents from Wellington were least concerned about having a job in 3 months’ time with 59% of respondents ‘not at all worried’ in July. In comparison, less than one-half (40%) of respondents residing in Auckland said they were not worried at all about their short term job security.

The proportion of mortgagors who are not at all worried about missing a mortgage repayment in the next three months continued to increase, now 65% (up from 59% in June).

However, the proportion of renters not worried about missing a rent payment in the next 3 months decreased from 47% in June to 42%.

She'll be right. Nothing that a good cup of tea won't fix.

What one must remember is the majority of the populus doesnt have the ability to save, either because they are on low wages or they live beyond their means with large amounts of debt to show for it.

The problem for the savers/investors at present is there is nowhere safe to put your money, and while general business is contracting (15% in the last quarter for US alone) the sharemarket continues to go up. The so called money managers have to put super money somewhere, and their actions are based on need rather than want. Investment property has stabilized, mainly due to the lower cost of finance that has balanced out the risk of pending vacancy.

What also might explain the increase in saving is governments unprecedented injection of money stimulus.

One might need something stronger than a cup of tea when the true effects of covid and consumers high level of debt come into play, once the government subsidies run out.

I have seen data in the last week that shows that close to three quarters of all New Zealanders have insufficient savings to support themselves and their family beyond a month. That is indeed scary.

Withdrawing money from term deposits and putting it into transaction accounts sounds ominous.

Even using the sunniest reading of the surveys, there is still a majority of respondents who are 'slightly' worried or worse. As the tendency to live from pay to pay is well entrenched, one should not expect long-term thinking.....

Depending on the stock and flow data of mortgage deferrals or payment change, about sixteen percent of all current mortgage lending, have reduced scheduled mortgage repayments in the region of 1-1.4 billion over the same time frame. Including increased repayment deficiencies, over the past quarter, some of the increase in household deposits will be temporary. Also, the actual flow (and abrupt change ) of housing sales ,in particular,the timing of sales completions may also be adding temporarily to household deposits.

More money had gone to shares and ETFs, haven't they ? That is the message we are seeing on Headlines and from new platforms like Hatch, Kernel, etc. Term deposits suck massively. Even 1% per quarter increase in your share is better than the TD return, right ? And many are getting more than 1% per quarter certainly.

A question. Does the huge increase in transaction and savings account balances impact on reserves held by the banks?
When BASEL III was implemented some time ago cash held at call was deemed not count towards reserves required to be held by the banks. In addition, the then practice by the banks of allowing redemption of term deposits at any time, albeit with substantial interest adjustments, was ended and the minimum 30 day’s notice requirement put in place.
I recall the Australian Banks making these adjustments but are not sure whether RBNZ may have had an existing policy of some sort that satisfied BASEL III.

All these 'savings' are the mirror effect of the increased amount of debt we are creating.
That 'new' money has to go somewhere, and no matter where that is (even if it buys shares or property etc) it ends up back in The Banking System as ....'savings'.
What we are seeing is a drop in the velocity of money, and as the financial world slows down (covid etc) that is only going to get worse.

Great insight. A slowing velocity of money is one of the two characteristics of Deflation.

Positive news all round then !