The RBNZ's own much-watched Survey of Expectations has revealed another lift in the anticipated level of inflation in two years' time from 2.05% to 2.27%

Bonds
The RBNZ's own much-watched Survey of Expectations has revealed another lift in the anticipated level of inflation in two years' time from 2.05% to 2.27% 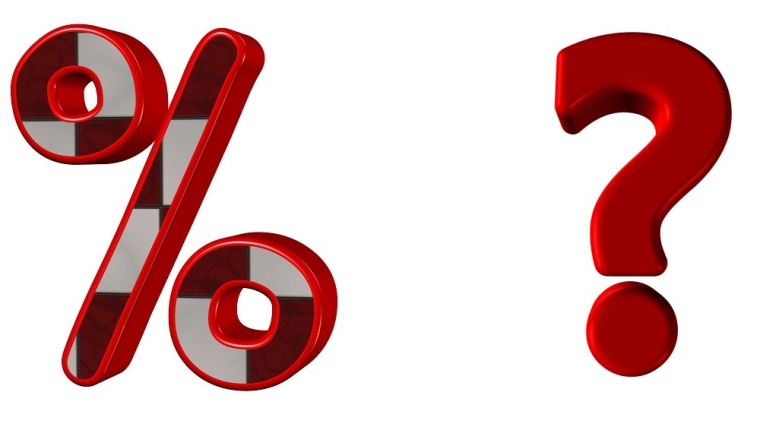 The Reserve Bank (RBNZ) has been given another nudge towards raising interest rates less than seven days before it has its latest Official Cash Rate review.

A quarterly survey the Reserve Bank pays close attention to with regard to its monetary policy settings is again showing higher expectations of the future levels of inflation. (PDF with survey detail is here.)

The latest Survey of Expectations shows that respondents expect inflation of 2.27% in two years' time.

Remember, the RBNZ is charged with maintaining inflation between 1% and 3% and explicitly targets a 2% rate.

Shorter term expectations of inflation have risen rapidly, in line with the actual recent rises. The one year out inflation expectation has surged to 3.02% from just 1.87% in the previous quarter.

The results are significant with the RBNZ's next interest rate decision just under a week away.

And the survey results come hot on the heels of a series of major economic data releases that have all showed the economy running far hotter than had been forecast. First among the series of positive economic shocks was the stunning 1.6% March quarter increase in GDP released in June. This was against an RBNZ expectation of a 0.6% drop.

Then there was the scorching 3.3% annual inflation figure to June released last month. The RBNZ expected 2.6%.

And finally there was the phenomenal 4% unemployment figure for the June quarter released last week. The RBNZ expected 4.7%.

Most economists are now expecting the Official Cash Rate to be raised to 1.0% by the RBNZ before the end of this year. At the moment it is still on the emergency 0.25% setting that the RBNZ dropped it to (from 1.0%) in March 2020 as the Covid crisis bit.

The RBNZ has its next OCR decision on Wednesday, August 18.

The survey carries a lot of sway with the RBNZ. In the past the central bank has been known to move the Official Cash Rate in response to sudden movements in inflation expectations. For example a completely unexpected cut to the OCR that the RBNZ did in March 2016, followed on very closely from a 26-basis-point fall in two-year-ahead expected inflation in this same survey series, released shortly before the OCR decision was made.

Don't let your pre-approvals expire- you might live only to regret it.

The Reserve Bank (RBNZ) has been [sic] another nudge towards raising interest rates less than seven days before it has its latest Official Cash Rate review.

What does that imply?

So inflation expectations are higher? Is that because everyone asked is perfectly rational and has studied the data, or is it because the media is absolutely saturated with 'inflation is coming' stories?!?

Fiscal stimulus is tapering off, wages are going nowhere, temporary jobs are behind the jobs increases, commodities are coming down in price, and, if RBNZ are daft enough to put rates up, we will also see cuts to disposable income / consumer spending and, therefore deflationary pressure.

You have your head in the sand if you think there is no inflation!

I did not say there was no inflation. I am making the point that the fundamentals all point to this being primarily a temporary surge in prices following huge disruptions to supply chains (and changes in patterns of demand). Thus, some products and services are getting more expensive. Some things (e.g. building costs) will be expensive for a while as the demand will continue to rise, but as long as wages don't go through the roof, the impact of all of this will simply be relative adjustments to prices / spending patterns and a settle back to where we were. I am not including house prices within the scope of the above analysis as they are a speculative asset these days.

He long is temporary. This is going to go on for years. It is catchup. NZ already had a lack of competition on many segments including building materials. Many brands are own by the same parent companies.

Not to mention 'real interest rates' will still be significantly negative.. it's all a bit irrelevant. With the RBNZ 'in control' of the money printing and only willing to furnish those with real estate - losing confidence in our monetary system isn't so fringe anymore. Many do understandably love the status quo and/or are dependent on it.

FLP is floating rate repurchase agreement priced at OCR, whatever that maybe.

Audaxes - what are you thoughts on FLP vs 1/2/3 year swaps rates and impact on mortgage lending?

Oh, ok, I didn't realize the FLP was a floating rate. Good to know :)

In that case I'd suggest the Retail Banks will drawdown on the program before an OCR rise.

When the OCR increases they will have to pay at the new higher OCR rate irrespective of when they drew down.

With this latest report, there is no excuse left for not starting an aggressive cycle of interest rates rises now. They must be normalized and the OCR must be at least at 2.5% by mid next year.
But next week Orr will raise by 50 points only, as he does not have the competence nor the balls to return the OCR now where it should be, which means at 1%.

It's a matter of time before Delta gets into the community. It's not if but when lockdowns return.

agree emergency rate needs to be reversed as clearly there is no longer an emergency. Even at 1% it was at a stimulatory level due to inflation under shoots.

It's funny how people believe there is no emergency when it comes to Covid. Mark my words, I would be surprised if we don't have a level 4 lockdown within the next two months - delta is around in MIQ and it's not easy to control it.

It's reality until most of us are vaccinated.

DGM is your lazy way of debating.

It's simple people who are already under pump with big mortgages don't want rise in OCR. FHB, renters & young kiwis want it to rise so that property will be little affordable (the chance is rare).
If interest is not increased substantially, in that case the already inflated market will go over the roof coming summer.
Damage is done but you can still harm it more by wait & watch.
About Delta variant it is here to stay, will not go for next couple of years.

"The Reserve Bank (RBNZ) has been given another nudge towards raising interest rates less than seven days before it has its latest Official Cash Rate review."

Remember that one is dealing with character by the name of Orr, he may do anything but lift the OCR.

Read as far as "2.27% (inflation) in two years time" expected by respondents to a survey.
Yeah, the sky is green.