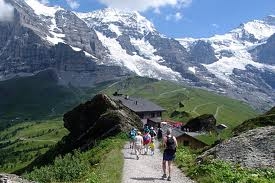 ANZ issued covered bonds in Switzerland last month but NZ banks have had little need to raise wholesale money overseas so far in 2012.

Moves by banks to cut fixed-term mortgage rates since December suggests they have some comfort around funding cost pressures, the Reserve Bank says.

The central bank made these comments in yesterday's Monetary Policy Statement (MPS).

Although much was made late in 2011 and early this year about rising bank funding costs, especially through international wholesale markets due to the European Sovereign Debt Crisis, so far this has had minimal impact on the major New Zealand banks.

Wong noted banks had been reducing fixed mortgage rates since December, despite an increase to their own cost of funds.

"This suggests some competitive pressures and that banks have some degree of comfort on funding cost pressures at this point," Wong said.

Offshore wholesale funding forays by the big banks so far in 2012 have been rare. The BNZ raised €500 million in a three and a bit year covered bond issue secured by New Zealand residential mortgages in January. And ANZ recently raised a combined 500 million Swiss francs through two covered bond issues - a three year and a six year issue - with those bonds also secured by residential mortgages. An ANZ spokesman said the bank had raised a total of NZ$1.9 billion in offshore term funding so far this year.

Offshore funding markets had been volatile and ANZ expected them to stay that way all year, impacting both the price and availability of funding.

"ANZ has maintained a strong funding position, allowing some flexibility as to when we look to enter into markets and take opportunities as they come available," the ANZ spokesman said.

In its MPS the Reserve Bank noted the gap between the increase in deposits and that of bank loans was likely to be a key driver of bank funding costs over coming years. The favourable gap of NZ$7 billion over the year to December had reduced the need for banks to actively seek long-term wholesale funding at expensive levels.

"That raises the question of how sustainable the gap between deposit and credit growth will be. As the economy recovers, credit growth is likely to lift," the Reserve Bank said.

"Furthermore, strong income growth in the agriculture sector may have temporarily boosted deposit growth. The deposits of insurance payouts related to the Canterbury earthquakes might be a factor that will gradually subside."

"Trends in deposit and credit growth as well as developments in the European debt crisis will be crucial in determining the extent to which banks will need to re-price loans over the coming year or two."

As of December 31, the big four Australian owned banks were sitting on liquid assets, the likes of cash, treasury bills, government securities, residential mortgage backed securities, bank bonds, and call deposits with the Reserve Bank, worth a combined NZ$41.489 billion. Of this Westpac had NZ$11.476 billion, ANZ NZ$12.526 billion, ASB NZ$11.641 billion, and BNZ NZ$5.846 billion. Kiwibank had liquid assets of NZ$2.145 billion as of December 31. The idea is that this stock pile comprises either cash, or assets that can quickly be converted into cash, should the banks need money in a hurry.

Wong noted despite some easing of conditions in European funding markets that has seen the cost of issuing debt come down, the cost of hedging the money back into New Zealand dollars has increased.

"So some of the recent deals we've seen by banks have actually been slightly more expensive than we saw at the end of last year despite some freeing up in the markets," said Wong.

BNZ's covered bonds, due to mature in May 2015, were priced at 113 basis points over the euro midswap rate. This doesn't, however, include the cost of converting the €500 million back to New Zealand dollars. Andrew Thorburn, BNZ's CEO, told interest.co.nz all up BNZ was paying about 250 basis points above the bank bill rate for the money.

Last week ANZ NZ's chief financial officer Nick Freeman told interest.co.nz the cost of securing overseas wholesale funding for banks was up about 50 basis points year-on-year, with five-year funding costing about 210 to 220 basis points over swap rates, including the cost of converting the money into New Zealand dollars. In its MPS the Reserve Bank said in broad terms, the cost to the Australian parents of New Zealand's big banks of issuing five-year wholesale debt has increased by about 80 basis points over the past six months. It said this represents a reasonable proxy for the effective increase in marginal long term wholesale funding costs for New Zealand banks.

"Given long-term wholesale debt accounts for about 20% of banks’ total funding, this increase is likely to have added about 16 basis points to overall marginal funding costs. However, because the banks are well funded at this point, issuance at the recent higher effective marginal cost has been rather limited. Credit growth has been weaker than expected and has been far outstripped by deposit growth. These factors have alleviated the need to fund in the expensive long-term debt market," the Reserve Bank said.

Westpac and ASB yet to tap offshore markets in 2012

Westpac NZ Treasurer Jim Reardon told interest.co.nz his bank hadn't needed to raise wholesale funds overseas so far this year. Whether and when it did would depend on what lending growth Westpac gets in the second-half of the year.

"At the moment we're comfortably placed," Reardon said. "To date we've managed to fund our lending growth via deposit growth so in that respect we don't have a need to go (to overseas wholesale funding markets) at the moment."

"We've seen a little bit of improvement in the offshore markets but at the moment it's still a slippery slope. If the Greek (sovereign debt) situation could be resolved it would make all our lives a little bit easier."

"However, considerable risks remain in Europe which means marginal funding costs will remain elevated relative to historical levels. ASB’s term funding requirements are relatively modest and we will look for opportunities both domestically and offshore."

Is it "comfort" or is it a game of 'chicken'.....a last gasp effort to gain mart share...before the whole can of worms errupts in a violent storm across the globe. Anyone care to say what the dirty European govt bond market farce will turn into....!  thought not.