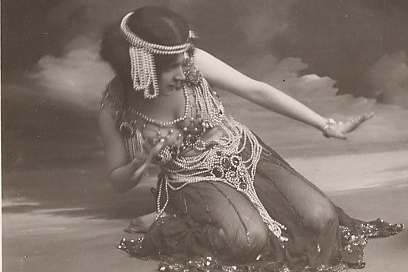 The Reserve Bank's doing the equivalent of the 'dance of the seven veils' by holding out the prospect of a future interest rate cut to keep the market "tantalised", ASB economists believe.

But there is a problem: "We are not good dancers," ASB chief economist Nick Tuffley says, in the bank's weekly economic newsletter.

"We would prefer a simple two-step shuffle of OCR cuts in June and August.

"It avoids tripping over errant veils.

"And the sooner interest rates get lower the sooner the RBNZ shores up a weak inflation outlook," Tuffley says.

The RBNZ "clearly" intends to cut the OCR again, in line with its March Monetary Policy Statement forecasts - but the timing is "quite up in the air", according to Tuffley.

"Back in October the RBNZ paused before duly delivering in December the final OCR cut forecast in the preceding September MPS.  On the surface, the situation seems similar to now: one more cut signalled, a preference for delivering it at a MPS (with its detailed forecasts and commentary).  But the October statement had a much clearer easing bias of “some further reduction in the OCR seems likely”, compared to last week’s “may be required”.  That flags the risk the RBNZ waits beyond June."

Tuffley points out that, unusually, the June 9 MPS is followed directly by the August 11 MPS, as the RBNZ shifts to its new OCR release schedule.

"That gives the RBNZ two opportunities in a row to do thorough economic forecasts and make detailed explanations of its decisions.

"The August MPS would have the benefit of the latest GDP and CPI forecasts (as the previous schedule’s OCR Reviews had).  In contrast, the June MPS has labour market (this week) and inflation expectations as the main economic releases – along with the NZD’s gyrations."

So Tuffley says it may be the RBNZ is doing the central banking equivalent of the dance of the seven veils, trying to keep the market tantalised with the prospect of an eventual OCR cut by keeping the OCR on hold while revealing one easing bias after another.

"By keeping the market on the edge of its seat, the RBNZ may hope to keep the NZD and interest rates constrained, wringing as much impact as it can out of what it sees as its last OCR cut for this cycle.  It may also buy the RBNZ time to organise added home lending restrictions.

"If the RBNZ is thinking along these lines, it does feel a bit like a bull trying to shimmy around in a china shop.  It is a fine line to walk.

"In the past the RBNZ has – presumably unintentionally – pushed the NZD higher with its December MPS and a February speech.

"Even the quite carefully worded statement last week still pushed up the NZD and interest rates more than it needed to, even allowing for the on-hold decision.

"The longer the RBNZ cries ‘cut’ without one appearing the more the market will doubt the RBNZ’s intention to follow through.  The NZD and interest rates would likely creep up further, undermining the whole point," Tuffley says.

I see Westpac has posted a record profit. Plenty of willing debt suckers out there eh

Plenty of people getting on with life is the way I see it.

"And the sooner interest rates get lower the sooner the RBNZ shores up a weak inflation outlook," Tuffley says.

Please explain how? Those with greater influence and resources have failed miserably using the same tactics. The time for obfuscation is long past.

In the broader economy, calculated inflation through the Fed’s preferred metric, the PCE Deflator, continues its astounding underperformance. To my knowledge, the Federal Reserve has yet to disallow its own ability or remove its inflation target, and yet the PCE Deflator fell below 1% year-over-year once again in March. That represents the 47th consecutive month below the set 2% inflation target, meaning that as powerful as the Fed supposedly is in mainstream lore it has a very peculiar way of showing it. That is even more curious given that there were two additional QE’s offered (amounting to $1.7 trillion in balance sheet expansion) in tandem with continued interest rate “accommodation” the entire 47 months.

It all adds up to a dispositive lack of evidence for either the recovery or monetary competence. The 2% target, whether or not you agree with the intention (and I really, really don’t), is the primary task given to the agency. A four year deviation is not some temporary problem to be waited out, it is indicative of serious disruption in the expected monetary flow (and once again points to the fact that they really don’t know what they are doing). That there would be only worsening economic circumstances alongside that structural deformation is unsurprising.

Going four years without hitting your inflation target, and actually having your preferred inflation measure only get further away, despite $1.7 trillion in additional “money printing” can only mean that central banks aren’t what they are made out to be. That possibility does seem to be creeping into the mainstream conversation, as broken expectations can only foster blind faith for so long. Read more

Central bankers want the "right kind of inflation". You know, inflation that doesn't put up house prices or wages. They are deluded into believing impossible things. As the Red Queen said to Alice it takes practise.

Just over a year ago, former Fed Chairman Ben Bernanke published on his Brookings Institution blog a four part series trying to explain why interest rates were so low. We know that was his goal because he titled the group "Why Are Interest Rates So Low." The topic should be somewhat surprising especially for anyone whose attention is legitimately focused elsewhere, depending more on the media for commentary on such matters. For these laypeople, they might expect the answer coming from Mr. Bernanke to be something on the order of, "because I wanted them that way."

It was, after all, what he told the world consistently from QE1 to QE2 and so on through all four of his expansions. Low interest rates were the means for the recovery and QE was the means to achieve them. He even went so far as to justify these redistributionary, directly harmful effects on savers as the only way for them to ever see higher or more normal interest rates again. Without the recovery there would be no normal interest rates, and without QE there would be no recovery. Read more

Is it not time to issue a stay of excecution when it comes to policy decisions that involve lower deposit rates to infinity? Central bank actions that continually bolster banks' NIMs and residential household kitchen ATM reserves would seem inconsistent when the promised economic recovery is as distant as ever.

Isn't it about deflecting a debt collapse rather than creating a recovery? The central bank mantra is credit expansion is good at all times because in their deluded world all debt is taken on for productive purposes.

In the real world debt is mainly taken on when it is cheap and asset prices are rising. This sets off a self reinforcing process. Eventually the debt bubble runs out of steam (the last borrower has mortgaged his cash flow) and the processes of debt destruction set in. Only when all the bad debts are recognised and the losses dealt with can a new cycle of credit expansion take hold. The central bankers see fit to try to prevent the debt deflation process because it is so very vicious but can only succeed in prolonging it.

I'm waiting - but can we take them off the payroll while we do so?

In the meantime take a look at the Chinese pledge repo market - an investor debt funding mechanism, open to rehypothecation of the same collateral for many additional cash credits.

The market for pledge-style repos — short-term, bond-backed loans — is currently bigger than the stock of outstanding debt, according to Wind Info. A sharp worsening in market sentiment could force those borrowers into fire sales if their loans are called or cannot be rolled over. Read more plus a technical explanation.

What, you mean statist bureaucrats cause chaos? Surely not?

Stephen Hulme, you've got too much time on your hands, go do something productive

While it might not be productive (define?).I am always thankful for the comments and links.

"Final OCR Cut". There is no final cut. In 2-3 years rates will be sub 1%, just like the rest of the world. He's dragging it out as long as he can. I think he'll be sacked sooner rather than later. English and Key will lose patience with him.