One of the world’s biggest investment banks cuts its expectations for NZ’s economic growth citing, in part, business confidence – but it is expecting growth to pick back up before too long

One of the world’s biggest investment banks cuts its expectations for NZ’s economic growth citing, in part, business confidence – but it is expecting growth to pick back up before too long 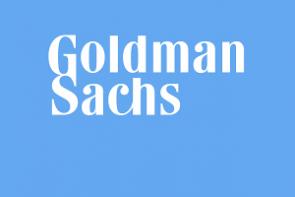 The investment bank has also pushed out its Official Cash Rate (OCR) forecast by nine months and is expecting interest rates to be at 3% by 2021.

Goldman is one of many forecasters that has revised its economic predictions following the Reserve Bank’s “stridently dovish” Monetary Policy Statement (MPS) earlier this month.

In a note, Goldman says it has trimmed its 2018 GDP growth forecast to 2.7%, down 0.2% on the “expectation that the recent softening in NZ business surveys will partly filter through to the hard activity data.”

The note says while historical experience cautions against overstating the economic pass-through of low business confidence during periods of Labour-led Governments, Goldman’s Current Activity Indicator has slowed materially, year-to-date, from 3% to 2.4%.

Despite this, it is cautioning against “overstating the longevity” of the loss of economic momentum that triggered the Reserve Bank’s dovish shift.

“We think it is quite reasonable to expect economic momentum to rebound in [the second half of] 2018 as several temporary headwinds to growth fade.”

These headwinds include adverse weather conditions, with high levels of rain earlier this year playing a part in softer construction outcomes, as well as a drop in net exports, the note says.

Looking ahead, Goldman says the lower Kiwi dollar will continue to support growth and the Government’s fiscal stimulus package will also contribute to higher GDP growth.

It is also pushing out its expectations for an OCR hike, but not as far as the Reserve Bank is anticipating.

Last month, Goldman was expecting the OCR to be increased in February next year. At the time, it was the most hawkish forecaster in the market.

It is now not expecting an increase until November 2019 – the Reserve Bank is forecasting the next OCR move to be in September 2020.

Beyond that, the investment bank is expecting the OCR to rise to 3% by the end of 2021.

“Even if part of this shift is possibly a near-term strategy to keep downward pressure on the NZ dollar, it is clear that the Reserve Bank under Governor Orr will have great patience before lifting rates from record lows.

“We cannot ignore the strength of this new forward guidance over the coming year or so – and this is the primary reason for pushing-back our forecast start to the Reserve Bank’s tightening cycle.”

But Goldman does acknowledge there is some risk that the Reserve Bank will cut the OCR.

This follows Westpac putting the odds of a cut at “one in three” and ANZ saying the next move is more likely to be a cut than a hike.

Goldman says that risk will become more pronounced if there is further deterioration of global financial conditions and any unforeseen negative impacts from Mycoplasma Bovis.

It seems highly improbable that the RB could hold rate hikes for another 24 months, given the Fed is signaling 2 more hikes this year and 3 more the next.
Inflation could be back on the table for the Eurozone, the UK and Canada over the next few months prompting central bankers to gradually taper off their bond-buying and normalize interest rates.
I will be surprised if further falls in the NZD don't push us into an inflation, forcing Orr to begin raising rates.

Advisor, what are your credentials as advisor?
Thanks

You could ask one of the clients my employer charges 15x the minimum wage an hour for my advice.

I am sure your employer also pays you to avoid using the D(eflation) word.

Stemming the loss of talent to Australian companies is a bigger concern for these bunch. They don't care much about macroeconomics but can't risk losing client service contracts to those mammoths in Sydney due to talent shortages like they did a few years ago.

Also, income doesn't mean anything on here. I am for example more interested in your net worth - what you actually have vs what you owe. The general rule on the path to wealth remains don't take advice from broke people.

in which case, there is a business opportunity here...

These forecasts all assume business as usual, yet periods of rising US interest rates usually end with a bang, as somewhere there is a serious break in the chain of payments. These get named things like the Tequila Crisis, or the Rouble default or the Greek crisis. This is misdirection as the crisis wasn't caused by the Mexicans or the Russians or the Greeks, it was just they were more exposed when USD liquidity evaporated. So business as usual followed by the Turkish Default or the Genoa Euro Crisis (if the bridge collapse leads to Italian revolt against the euro) or maybe Yuan Crisis or Rupee revolt. Global USDs are getting tight by all accounts.

"I think the inevitability of GFC II is demonstrable.... The likeliest process is a crisis in one or more economies big enough to have global repercussions. Turkey by itself isn’t big enough, but EMs, collectively, are. A common EM problem is the impact of a rising dollar on USD-denominated debt. Mr Trump’s trade policy is part of this process.

Individually, the big economies at greatest risk – according to SEEDS – are Britain and China. The UK economy is deteriorating rapidly, and “Brexit” complicates things,.. If markets want to test (“attack”) one of the ‘big four’ traded currencies, GBP is the obvious candidate.

This said, China constitutes the greatest risk. China has an absolute growth imperative. It’s been resorting increasingly to debt to keep on delivering. An attempt to convert debt to equity almost crashed the market. Recent attempts to rein-in debt growth were still-born, because of the trade conflict with America. This threatens the required continuity of the inflow of dollars. China has a serious looming problem with energy....

Well,when you say,'inflation could be back on the table for the Eurozone etc',that's meaningless. That's no better than you get from an astrologer/fortune teller. If that's the level of your expensive advice,i am sorry for your clients.

I spent over 30 years as a financial consultant in the UK-as a partner- and when I retired in 2002,my hourly charge rate was the equivalent of around NZ$300. Your rate now would appear to be under $200. I wouldn't expect much for that and on the basis of your post,that's what i would get.