Goldman Sachs' predicting a February OCR increase makes the investment bank the market hawk, with most other forecasters picking a hike in the second half of 2019

Goldman Sachs' predicting a February OCR increase makes the investment bank the market hawk, with most other forecasters picking a hike in the second half of 2019 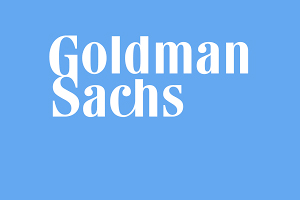 This forecast is much more hawkish than other economists' expectations.

Consumer Price Index (CPI) data released on Tuesday showed inflation was up 1.5% in the year to June. But later on Tuesday, the Reserve Bank released its sectoral factor model of inflation – its preferred model for core inflation, which excludes one-off or highly volatile price movements.

After the news, the Kiwi dollar jumped against the British pound and the Australian and US dollars.

“While there is little case for a near-term rate hike, we believe the market is underestimating the probability of a rate hike in [the first half of 2019.]”

Goldman is picking a 25-basis point increase in February next year. Its forecasts are far more hawkish than the rest of the market.

Most New Zealand-based forecasters are picking an OCR hike in late 2019, with Westpac, ASB and ANZ all expecting an increase in November next year.

Kiwibank is picking August 2019 and BNZ says between May and August next year.

Capital Economics’ chief New Zealand economist, Paul Dales, is the most dovish in the market and is not expecting an OCR hike until mid-2020.

CMC Markets NZ general manager Chris Smith says Goldman’s forecast goes against some of the rhetoric that has been heard from Reserve Bank Governor Adrian Orr.

“Orr is taking much more of a wait and see approach, now 20 months in a row where we haven’t had any OCR movement.”

Why the currency reaction?

Although the Kiwi dollar had little reaction after the Statistics NZ CPI numbers, it jumped half a cent against the US dollar after the sectoral factor model was released by the Reserve Bank.

Westpac Senior Market Strategist Imre Speizer says this is a measure that is hardly ever looked at by the market.

But in this case, he says, speculators had sold the kiwi ahead of the CPI data, hoping for a negative surprise.

ANZ was expecting inflation to come in at 1.1% in the year to June, with just a 0.1% quarterly increase – the market consensus was 1.5% and 0.5% respectively.

That's only 7 months away

The economists and analysts.ysts can predict what they want, but we all know that they are never right.
They are always consistent though, consistently wrong!
If they were so good at predicting things then they would not be needing to be a paid employee!
Property investors would have a damn site better idea of when the OCR is going to alter and it won’t be for at least one year.
The NZ government COL is not going to be encouraging growth so there is very little chance of an increase anytime soon.

Conversely, if business and investor sentiments continue to fall on CoL's watch, we could see a capital exiting the country at a rapid pace, which would devalue our currency and send our inflation up a notch.

John key was always so proud of keeping interest rates low. By your analogy he obviously didn’t promote growth either.

Hopefully so, see in February... Yeppie!

I would listen to my dog before I paid any attention to what Squid have to say. For what it's worth, my dog says no change until late 2019 at the earliest.

I'm totally with you dog

Not sure why it should make any difference. the last couple of times the ocr went down the banks just said "thanks" and took some extra margin. Didn't lower the rates!

Spot on, the correlation and between OCR and variable mortgage rates is increasingly fractured. In the past month, Kiwi and A$ cross currency basis swaps have moved sharply higher (+20bp) which is going to increase the landed cost of offshore funding. This will almost certainly push up bank lending rates in coming weeks if sustained.

Offshore funding represents only 16% of funding for on lending in NZ according to D Chaston, so it shouldn't make as much difference as it used to

At the margin, a bank can substitute local funding with offshore wholesale funding depending on what is pricing most favourably. NZ rely heavily on offshore borrowing, with the basis where it is offshore funding is more expensive which will in turn push up the cost of domestic money as they substitute.

A layman’s question
Thousands of people encouraged by the government are lining up to buy “affordable Kiwi build homes”
One would assume most of these people would be “maxing out”, and then some their financial resources to round up a deposit, then on top of that expect to be financially tight for a few years etc etc.
Add to that group of people the thousands of people whom have raided their Kiwisaver already to buy homes of late, and no doubt are now on a tight budget.
Add the two together and here you have a large group of you could say vulnerable kiwis, with all their chips on one number….
Now my layman’s question to you financial folk out there is with the cost of bank funding apparently rising, and the costs of a lot of other stuff increasing what mechanisms does the government have to halt a tsunami of loan defaults (not to mention a tsunami of egg on its face) caused by rising interest rates or to put another way, what mechanism does the government possess to stop interest rates rising when forces outside of its control dictate that raising interest rates should be the necessary response.

The government doesn't control the OCR. RBNZ controls it and is independent of government. The RBNZ are pretty cautious about hikes because of household indebtedness and they want to introduce DTI's so this level of risk doesn't occur again. Debt levels are already dangerously high.

Banks may experience pressure to raise mortgage rates for other reasons (rising overseas lending costs) but they would also be extremely reticent to do that because they know how indebted many households are, and if they hike they could cause defaults, which is the last thing they want. They want people paying their debt off.

Historically, when serious inflation has arrived suddenly to cause a need for rapid hikes of OCR, there has also been rapid wage inflation at the same time, so homeowners were able to keep up with the increased mortgage costs. If that doesn't happen we have the dreaded stagflation.

That said, despite no one wanting to raise rates and prompt debt defaults or an asset price crash, sometimes forces out side of their control force their hand.

go along with that gingerninja except to say that the banks are also more than content to see the debt simply serviced. In my time it was generally accepted that most borrowers were likely to change houses every 5 - 10 years at which time the mortgage would be repaid and assuming the mortgagee was up scaling a new one taken out provided that a review determined that the criteria could still be satisfied. Of course in those days the ambition was to pay off a mortgage whereas today the ambition is to get one.Actually in a roundabout way, that still adds up to the same main point you are making.

Yeah! Good point! I phrased that badly, they don't want you paying your debt off, they just want you to keep paying over the longest possible time frame, so they make the most possible money.

Thanks for your detailed response gingerninja my thoughts are basically inline with your explanation, I was wondering if in extreme circumstance's the govt excerpt power over the RBNZ? As an employer of 28 staff one of my fears is that the increase in wages will be the initial "go to" for the government. This however would contribute to inflation influencing interest rates further? And would possibly hinder productivity further as investment in R&D and other efficiencies would further be deferred to meet labour costs. It all seems like a delicate balancing act moving forward for all parties...

fb, I agree with gingerninja. You're also right that a theoretical 2% increase in retail interest rates, would lead a large number of households and some companies in serious trouble, this would lead to a proper recession, not what you want to hear. The good news is that we generally don't like to self-harm, therefore I don't believe anything more than a token rise in interest rate is on the horizon if any at all. Also NZ used to be more reliant on offshore funding but the NZ banks now borrow only 16% of their funding offshore to onlend within NZ. This will shelter us to some extent if rates rise overseas.

What’s stopping the Aussie banks, should shit really hit the fan over there, from jacking up mortgage rates here but keeping deposit rates static as a means of life support? I’m sure they’d have the full support of APRA.

Wouldn't RBNZ tollerate some overshoot of the 3% target after under shooting for an extended duration? It seems like RBNZ have a low side bias.

Moreover I'm looking over the sharemarket and all I'm seeing is an exhausted old bull. I'm not sure we'll see 2% any time soon.

Why would the RBNZ be worried about inflation? If it happens to go over 3 or 4 percent (which seems like an age away), it won’t take much of an OCR change to bring it back in line.

So in thirty years the Reserve bank will threaten to raise interest rates by 0.005% and everybody will lose their minds?

Sounds like a complete meltdown of our monetary system to me.

I think that's where we are. It's just happening in slow motion so nobody notices.

Missed this yesterday but if Goldman Sachs are calling for an early OCR rise then that means that they are pumping and dumping $NZ. Expect a big depreciation ahead as soon as the clients' of the 'Masters of the Universe' have exited their positions.