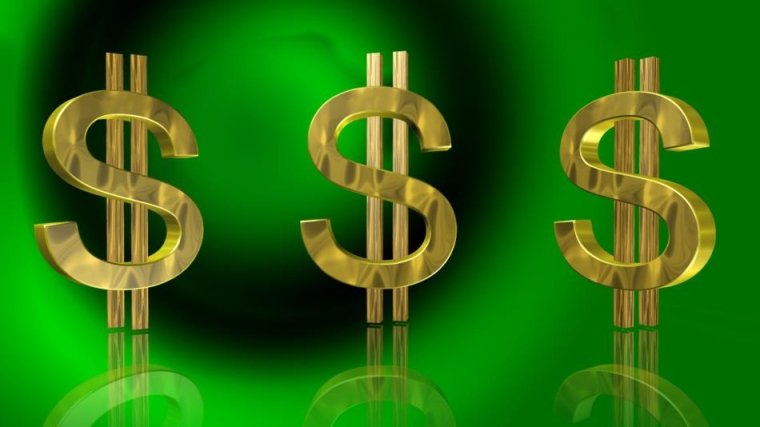 Kiwi dollar falls despite stellar economic news – what is going on?

If there was ever a resounding confirmation of what is determining the NZD/USD exchange rate direction in early 2021, we have witnessed it first-hand over this last week.

In normal economic and foreign exchange market times/conditions the following two pieces of New Zealand specific news would have sent the Kiwi dollar skyrocketing higher as global investors and traders singled out New Zealand as the place to be and superior to other markets and economies, namely: -

However, as the themes and thesis of this column has repeatedly stated over the last 12 months, the dominant influence over the NZD/USD exchange rate direction going forward would always be the US dollar side of the currency pair. FX traders and investors were largely ignoring the New Zealand side of the exchange rate as influencing factors to determine whether they bought or sold the Kiwi.

Over the last two months, our consistent view has been that the US dollar would reverse direction and appreciate due to rapidly improving US economic numbers and rising US long-term interest rates (particularly relative to Euroland). In turn, that USD appreciation would cause the NZD/USD rate to reverse from the 0.7300/0.7400 area to below 0.7000.

The stellar local economic news has made no impact on the NZ dollar value at this time as offshore forex investors and traders are focussed on the US dollar side and they are also not keen to buy the Kiwi dollar at such high levels after its remarkable 35% appreciation from 0.5500 12 months ago to highs of 0.7465 on 25 February.

The linkages in the global FX markets that have produced the environment for the NZD/USD rate to increase to 0.7465 and to now pullback to below 0.7100 are expected to continue over coming months i.e. AUD/USD rate movements track the EUR, GBP, JPY and CNY movements against the USD, and in turn the NZD/USD rate follows the AUD/USD rate (as evidenced by a largely stable NZD/AUD cross-rate).

Third time lucky - the USD breaks below key $1.2000 level against the Euro

Since the EUR/USD rate peaked at $1.2300 on 6 January 2021, there have been three attempts to force short-sold USD speculative position holders to unwind their positions and buy the USD back.

Up until last Friday, the first two attempts on 3 February and 17 February failed to hold the EUR/USD rate below $1.2000 and it bounced back up again.

The US dollar bears (who have been short-sold the USD expecting the rate to move above $1.2500) successfully defended their position on the first two pushes below $1.2000.

However, the USD strengthening to $1.1920 on 6 March seems to have broken that previous stout defence as stop-loss FX orders placed in the market have been triggered.

Further rapid USD gains to the $1.1500/$1.1600 area against the EUR is now forecast as the amount of speculative short-sold USD positions is massive and they will all be hurriedly cutting their losses from here (i.e. buying the USD back). The USD strengthening another 3.5% against the Euro over coming weeks would see the NZD/USD rate 3.5% lower to 0.6900.

Strong US jobs data for February just added to the list of rapidly improving US economic figures as they get back to work after the Covid pandemic disruptions and lockdowns of last year. US retail spending, house prices, manufacturing and business investment measures are all improving and will deliver spectacular GDP growth/economic expansion results over the remainder of 2021.

The rising long-term interest rates to above 1.50% in US 10-year Treasury Bonds already reflects this impressive economic recovery.

On top of the already improving economic data, the US Senate has just passed the $1.9 trillion Biden fiscal stimulus package which will put cash into households across the US that will be spent. It is certainly not difficult to see why the US dollar will continue to strengthen over coming months.

There is now absolutely no justification for additional monetary stimulus from the US Federal Reserve (as the USD bears were erroneously hoping for!) that would cause the USD to weaken.

The only debate on the EUR/USD exchange rate movements from here is how long it takes Europe to catch up to the US economic recovery – 6, 12 or 18 months? If it is the latter, the USD could be in a major corrective strengthening phase for much of this year until there is more confidence from international investors to buy the Euro.

Therefore, the downward correction in the NZD/USD rate below 0.7000 may be for a prolonged period over this year, despite New Zealand’s improving economic numbers later in the year.

For a number of reasons, New Zealand’s economic performance will be very sluggish over the next six months, fitting in nicely to the expected USD strength keeping the NZD/USD rate below 0.7000 over that period.

The NZ dollar value, the big picture and commodity super-cycles

History tells us that the US dollar’s value moves in an inverse direction to global commodity prices.

Unsurprisingly, commodity currencies such as the NZD and AUD appreciated.

Many commentators are now speculating that we could be at the start of a major commodities “super-cycle” where demand outstrips supply for a sustained and prolonged period.

Forecast USD strength over coming months (for the reasons cited above) may limit further commodity price gains in the short term, but not in the medium to long-term.

If this commodity super-cycle does materialise over the next two years, the New Zealand and Australian economies (and currencies) would be in for a golden period of prosperity.

The probability of this occurring would have to be seen as greater than 50%. Therefore, local USD exporters would be well advised to load-up on longer-term NZD/USD hedging over coming months to protect their profit margins over the medium to long-term. 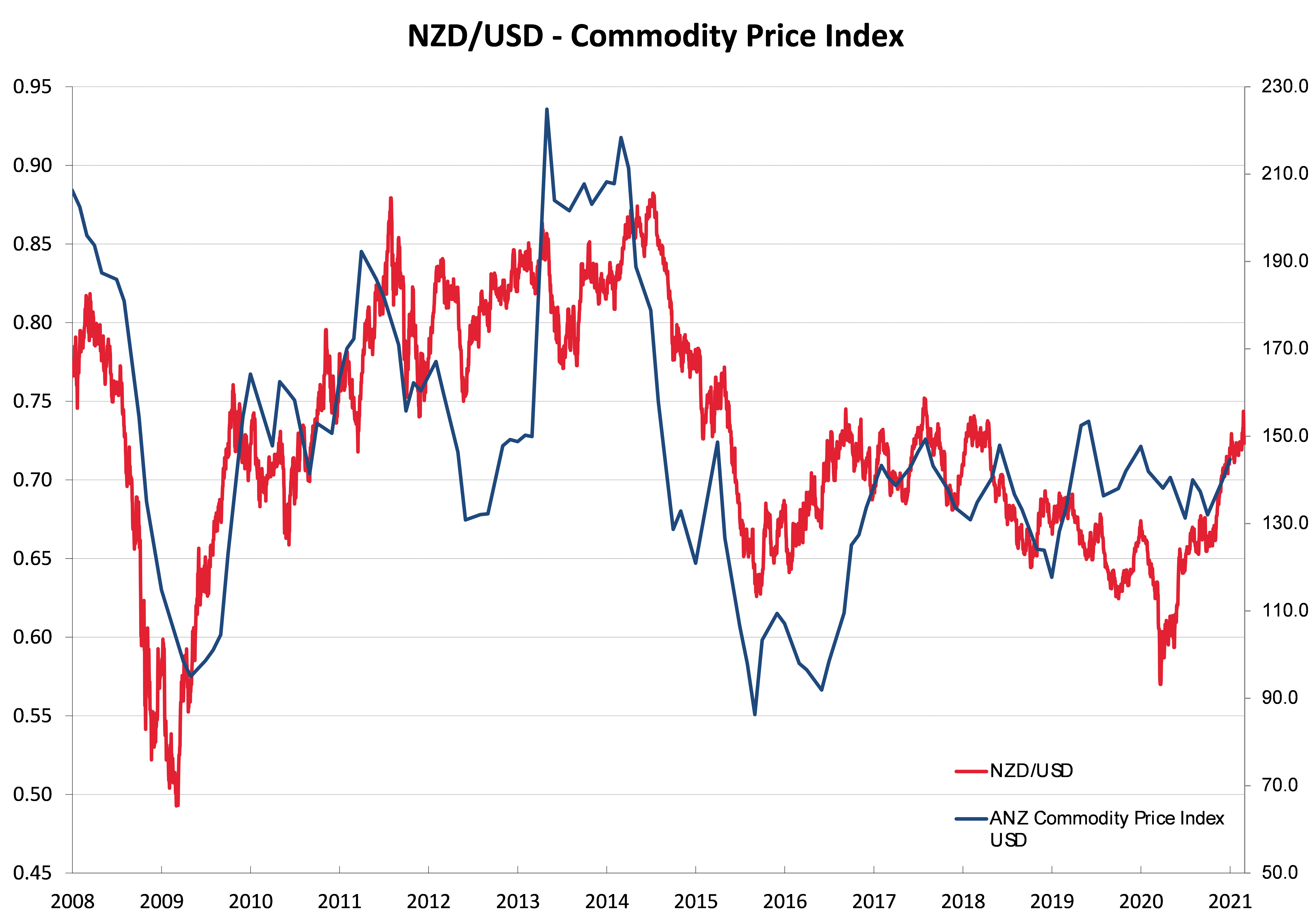 Fundamentals? What are those?

Stellar economic news? Really. Tell that to the renters. Maybe the empty shell is what the traders see.

Stellar economic news??
A credit rating agency gives us the 'big ups' as we bury ourselves in debt, meanwhile whole milk powder prices go up (they can also go down) in our land where there are more real estate agents than there are farmers.
SMH.

Because they know NZ economy is inflated by QE, low interest rate and fake wealth effect on houses. It's all fugazi!!
https://www.youtube.com/watch?v=Oh1HI-ag7HA

QE doesn't inflate anything except bank reserves. QE is only the government repurchasing its bonds to reduce interest rates, It is the banks themselves which create the money for housing as the reserve bank tells us here. https://www.rbnz.govt.nz/research-and-publications/videos/money-creatio…

We have a higher credit rating, but we have little ability to turn new debt into growth-driving infrastructure. We have a capital city that has held back the rest of the country through an unaccountable, inefficient paper-shuffling machine that is now so well-honed the city itself is falling apart. We are also financing our economy based on the future earning potential of taxpayers while also taking as much out of their pockets as possible for basics of living such as food and shelter, also coming out of future earnings. And we're managing to do all this at a time of massively-low interest rates, despite this being perhaps the greatest opportunity in our lifetimes to change all of the above for the better. So yea, I can get why overseas traders may see us as little more than a volatility-trading currency and opt-out when they can. I expect people currently stuck here to start rapidly doing the same as soon as they possibly can.

Those same things are happening overseas, but without the higher credit rating.

Debt is a claim on future earnings. So we are just stealing from the future to spend in the now, and patting ourselves on the back about how 'wealthy' we are. It's a fools paradise in other words.

One look at sector lending and I wouldn't bet on NZ either https://www.rbnz.govt.nz/statistics/c5

This is great news for the NZ economy and continued good news for our Exporters. Astounds me how bearish and negative the majority of you are.

No idea why the NZD is not already at USD0.90 myself, perhaps a few more Trillion in stimulus over there and why not, the USD should be far weaker than it is already and its just not moving. Biden looks like a wait and see approach guy to me with more stimulus to come. Interesting times ahead now they are still trying to outgun China.

Your outlook on things is pretty much determined by how well your doing in life. The top end people with money to burn are untouchable, they are always about "Great News" fake or otherwise it doesn't really matter.