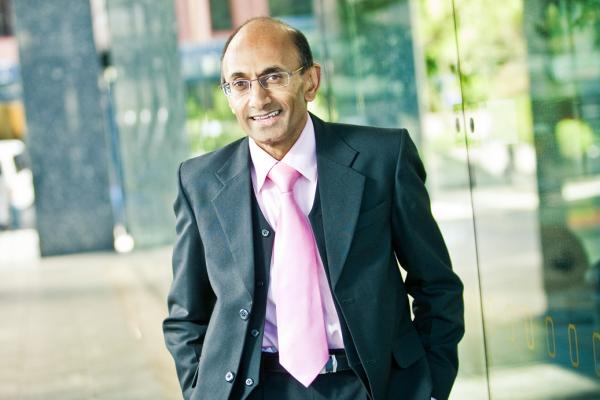 Wellington-based independent economic consultancy BERL has forecast a slowing of economic growth and has suggested the Reserve Bank should allow the Official Cash Rate (OCR) to fall towards 1.5%, given the lack of inflationary and demand pressure in the economy.

BERL Chief Economist Ganesh Nana told a briefing in Wellington that BERL's formal forecast was for an OCR falling to 2% by the middle of next year, but that the Reserve Bank should be cutting it towards 1.5% if it was purely looking at the inflationary signals in the economy.

"There just isn't the inflation out there and the tradable sector and core retail have been in deflation for the last three years," Nana said.

"The inflation target is meant to be on average over the medium term. They've got enough headroom to allow inflation to pick up," he said.

Asked if the sharp fall in the New Zealand dollar in the last year would drive inflation up, he said: "The state of the demand side shouldn't allow inflation pressures to flow through as much as they have in previous cycles."

He said another 10% fall in the currency was needed towards the high US50c to low US60c mark, and towards the low to mid 80 Australian cent mark. BERL forecast the TWI would fall to 62 from just over 70 currently.

Nana described the current slowing of economic growth as a cyclical downturn rather than something more substantial, largely because of the fall in the New Zealand dollar and lower interest rates was helping to cushion the blow from falling dairy prices, and boosting growth from other export sectors such as meat, wine and tourism.

He said one risk to the outlook for only a moderate downturn was if the Reserve Bank "gets cold feet and sees the ghost of inflation."

The New Zealand economy had experienced relatively strong growth in recent years because of a coincidence of supportive factors, including the Christchurch rebuild, the surge in dairy prices in 2013/14 and solid consumer spending, along with high net migration, he said.

"Those factors have come off the boil," he said, adding there was a risk that inexperienced observers over-reacted to the fall in the exchange rate.

"We need that adjustment in the exchange rate to continue a bit further," he said.

"The significant risk is that we talk ourselves into a downturn and we don't realise this is an ordinary slowing."

Nana also showed a chart (see below) showing a divergence this year between growth of money supply in M3 terms and GDP growth, suggesting strong lending growth was being pumped into asset values, rather than real investment.

This divergence was happening for the first time since the period before 2008 when double digit lending growth helped power double digit house price inflation, Nana said.

"This shouldn't be happening," he said, adding it was relatively recent and too soon to make a definitive judgement.

"We won't call it a bubble yet in terms of asset prices, but there's a departure between how fast the money supply is growing and how fast the economy is growing," he said.

"When that departs in those two directions we get a little bit concerned it may be stoking up problems in terms of further unwarranted asset prices, or it may, horror of horrors, flow through into inflation."

Later Nana said Auckland's housing market was in bubble territory, but there were no obvious factors currently present that would say it was about to burst.

"Yes it's a bubble. What might burst it? I'm conscious that the New Zealand housing bubble didn't burst in 2008," he said, adding confidence levels and the approach of banks would be key factors to watch.

"There's no inherent factor that would say it's got to burst," he said, adding that various supply and demand factors such as increased house-building and slowing migration "would take the froth off it rather than pop it," over the medium term.

Elsewhere, Nana questioned where the jobs growth would come from as the economy adjusted to the lower exchange rate and exports increased, given employment in the tradable sectors had been largely flat over the last decade despite increasing export revenues.

Jobs growth had instead come over the last decade from the non-tradeable sectors such as construction and domestic services such as health, education and financial services.

BERL Chief Economist Ganesh Nana told a briefing in Wellington that BERL's formal forecast was for an OCR falling to 2% by the middle of next year, but that the Reserve Bank should be cutting it towards 1.5% if it was purely looking at the inflationary signals in the economy.

I guess one should hold off on any business plans which can only be implemented with debt until next year. That should solve a lot of the current commodity oversupply issues. No?

so what he is saying from my read is let gets the dollar way down so we can import some inflation.
meanwhile NZ will gourge itself on debt due to low interest rates

My suggestion is that this is the bit he has horribly wrong. It not cyclical here, there or anywhere. It's going to require a re-set of some magnitude, everywhere, to get to a bottom where 'cyclical can come back into play.

Here... "the tradable sector and core retail have been in deflation for the last three years...The state of the demand side shouldn't allow inflation pressures to flow through...this shouldn't be happening," Nana said ( from the above)

Who would really understand and predict the macroeconomic situation nowadays.

Any downward trend can suddenly reverse given some positive gDT results or a continuing and elevated net immigration figure each month.

JKs failed think big ideas for our economy is forcing us into the "low interest rate", "too much debt" trap the rest of the world is stuck in and trying to get out of.

i think john key wont want to tel kiwis what they should know until his rich mates have fleeced the country in its entirety. prepare for judith as pm. the currency trader could have done so much more for nz if only he wasnt so gutless...nationals indebted aka "lost" decade is its gifting legacy to new zealand

These neocon jokers don't know squat about business, economics, or government. Fleecing a country is what they know. Now they're trying to leave a legacy via the TPPA of a stealth transnational corporate coup.

I agree with tim12 regarding JK's planned "forcing our economy into debt and low interest rates."
However it was never about any " big ideas" he ever had for our economy.
From what I have observed from JK'S "reign" the only ideas he had was to lead NZ into the same situation as Ireland and Greece, both of which have been orchestrated by the Wall St/currency manipulating bankers.
Their 'modus operandi' is to ingratiate their government deciples into positions of power in small countries, trick the government ministers into borrowing massive amount of indebtedness, then apply the "squeeze" which they are well aware will result in surrendering of sovereign assets to the bankers and their mates.
Hence, quality guy is also 'on to the game' except I disagree that JK ever had any will to do anything other than implement the above "plan" which he was closely related to around the Irish financial debacle.
His mates have so much fiat currency from the GFC and money printing that is desperately looking for tangible assets to invest in before the fiat dominoes 'come tumbling down,' and that financial fiasco looks to be fast approaching.