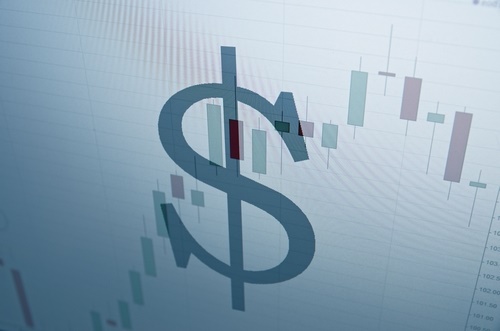 The New Zealand dollar was staging yet another recovery/bounce-back from the 0.6850 level to 0.6950 against the USD ahead of the RBNZ’s Monetary Policy Statement last Thursday in the expectation that the central bank would be recognising the higher inflation track and be adjusting their outlook accordingly.

The financial markets were taken by surprise by the RBNZ’s conviction that the current increase in the annual inflation rate to 2.20% was very temporary and that by March 2018 the annual rate would be back down to 1.10%.

The inflation outlook was much more dovish than the markets were anticipating and thus the RBNZ’s current guidance on when the first OCR may occur was unchanged at early 2019.

The RBNZ did not single out exactly what prices would be decreasing in the economy over the next 12 months, however their belief must be that fuel and food prices are set to decline as it is hard to fathom that it will be housing rents, house construction costs, local body rates, health costs or insurance premium components of the CPI.

Whilst food prices did fall over the month of April after sharp increases in the January to March period, the outlook for further decreases is hard to agree with given adverse climatic conditions for fruit and vegetables, as well as lamb, dairy, seafood, beef and horticulture export prices all rising of late and setting the bar for domestic prices.

The RBNZ also seem to have confidence that the very benign wage increases over recent years will continue and there will be no inflation pressures from this source going forward.

A number of factors have caused the lack of upward pressure on wages over recent years, notably strong immigration, lower fuel prices and lower mortgage interest rates. There is no guarantee that these restraints on wage increase will persist in the future and more than likely many workers across the economy will be looking for a sizable catch-up in wage rates over the next 12 months.

The foreign exchange markets will tell us whether the RBNZ’s soft inflation outlook will prove to be accurate or not.

With the US increasing their short-term interest rates twice more this year, the FX markets will push the NZD/USD rate below 0.6800 if they really believe the RBNZ will be right and the first OCR adjustment in New Zealand is not until 2019.

A recovery in the NZD to above 0.6900 and 0.7000 over coming week/months will evidence a FX market verdict that the RBNZ will be forced at some stage later this year to change their inflation tune, thus OCR timing guidance.

The NZD/AUD cross-rate has moved higher into the 0.9300/0.9400 area (as this column anticipated) as the contrast between the respective fiscal positions of the two economies was plain to see with large budget deficits continuing for the Australian Government in their budget last week.

A weaker AUD against the USD to below 0.7400 is no great surprise. New Zealand’s Minister of Finance, Steven Joyce will announce fiscal surpluses going forward at the NZ budget next week on May 25th. Australia’s metal and mining commodity prices continue to move south, whereas New Zealand’s agricultural commodity prices are on the upward path.

It is hard to see the metal and mining commodity prices recovering until the Trump administration in the US delivers some firm policy on the promised infrastructure rebuild/improvements. Thankfully, there have been no further Trump tweets (he is pre-occupied with FBI and foreign affairs issues!) in respect to import tariffs that could upset New Zealand’s export dependent economy and currency.

The US dollar itself has not weakened any further against the UK Pound and Euro since the political risk factor declined a week ago in Europe with the election of Emmanuel Macron as France’s President.

US economic data has been mixed of late and has not been universally strong enough to convince the interest rate markets that the Federal Reserve will increase interest rates be more than the planned and projected 0.50% over the balance of 2017. Therefore, the US dollar has stabilised at $1.2900 against the Pound and $1.0900 against the Euro.

Looking ahead, global investment and capital flows should favour the USD over Euroland on the basis of higher interest rates and superior economic performance. European political risk has arguably only temporarily subsided and could return with French parliamentary elections next month, German elections 24th September and Italian elections possibly in July or August.

The latest depreciation of the Kiwi dollar to 0.6850 is at odds with our rising commodity prices which point to an exchange rate above 0.7300. The close historical correlation between the currency and commodity prices has for the meantime diverged, a situation that generally does not last for too long.