Economists expect June quarter inflation to pick-up in line with the Reserve Bank's expectations; All eyes will be on whether there are enough underlying weaknesses in the data to prompt two more OCR cuts this year

Economists expect June quarter inflation to pick-up in line with the Reserve Bank's expectations; All eyes will be on whether there are enough underlying weaknesses in the data to prompt two more OCR cuts this year 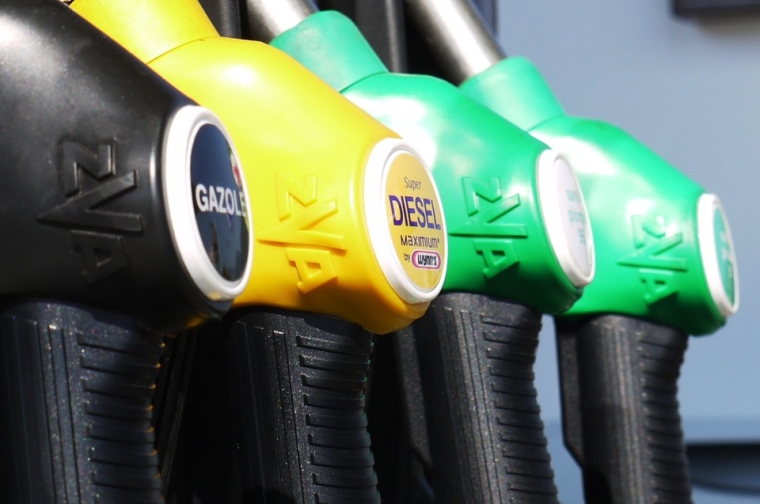 Bank economists expect June quarter inflation figures out on Tuesday to show an uplift in prices in line with the Reserve Bank’s expectations.

The Consumer Price Index (CPI) is expected to have risen to a modest 0.6% in the June quarter, from 0.1% in the March quarter.

However, stripping out petrol price hikes, economists believe the picture won’t look as rosy as the headlines figures suggest, well and truly giving the Reserve Bank (RBNZ) the impetus to cut interest rates to give the economy the stimulus it needs.

While year-on-year inflation is expected to rise from 1.5% to 1.7% in the June quarter, this still falls below the RBNZ’s 2% target midpoint.

Having cut the Official Cash Rate (OCR) in May, the RBNZ in June strongly hinted another cut was on the way. Most economists have their money on this happening in August, with some expecting a second cut in November.

They see more downside than upside risk coming from Tuesday’s figures. In other words, they believe there’s a higher likelihood of inflation being lower than expected than higher - particularly when looking past quarterly fluctuations.

“There are no inflationary smoking guns on the horizon,” ASB senior economist Mark Smith said.

“Global growth is slowing, and this will weigh on the NZ economy. There are still a number of domestic headwinds to encounter. Spare capacity in the NZ labour market and economy in general looks set to increase and will likely dampen medium-term inflationary pressure.”

Similarly, ANZ economists Michael Callaghan and Miles Workman said: “All up, we think Q2 will mark the peak in annual non-tradable inflation for now…

“The RBNZ needs to see accelerating gross domestic product (GDP) growth to achieve a sustained lift in inflation, and that is looking increasingly unlikely to occur.”

Digging in to the detail

ANZ economists expected the 8% rise in petrol prices, off the back of higher oil prices globally, to make a 0.4%-point contribution to quarterly CPI.

Offsetting this to some extent, ANZ economists believed seasonal lows in accommodation services and domestic airfares, both of which fell 8%, would knock off 0.2%-points.

They maintained the RBNZ would look through the petrol price impact, with prices already stabilising at lower levels.

As for the insurance and food (largely restaurant meal) prices, they noted these were “transitionary” off the back of a move to risk-based pricing and a higher minimum wage, and didn’t reflect the sorts of capacity pressures that pointed to a longer-term pick-up.

“The non-tradable inflation print and core inflation measures will be crucial for the RBNZ, following several quarters of stability,” Callaghan and Workman said.

“Inflation is a lagging indicator, so even a stronger-than-expected non-tradable inflation print is unlikely to sway the RBNZ from an August cut…

“A downside surprise to non-tradable inflation would add to the case for the RBNZ to signal even further cuts are needed.”

Coming back to the housing component, Westpac senior economist Michael Gordon provided further commentary on this area: “We expect a further rise in prices for newly-built homes and real estate fees. However, the rate of increase is both measures has slowed lately, in line with the cooling in house sale prices.

“In contrast, rents are set to make a larger than usual contribution. From this quarter Stats NZ will use a new method of calculating rents, which better captures the evolution of the stock of rental homes.

“The new measure has tended to rise at a faster rate than the old one, and if that pattern continues it would lift the overall inflation rate by up to 0.1% per year – not a game-changer, but every little bit matters in the current low-inflation environment.”

Over the past ten years , rents have risen 22.8 percent using Stats NZ current settings. In those ten years , annualised rent inflation , ranged between 1.2 to 2.4 percent. Using the new stock measure , the first annual rent inflation currently is 3.3 percent, 0.9 percent higher than any of the preceding years. When placed over the decade, and taking into account the rent data that Interest often provides , which show average rents on a flow basis significantly higher , has Stats NZ been misstating rent inflation . Given that there has never been more people renting in New Zealand in absolute and percentage , and at 9.33 percent of the CPI basket, any small miss by Stats NZ over a sustained period is not acceptable,during a period of apparently low inflation and particularly that the CPI will not be revised. If the stock numbers catch up to the flow then rent inflation will start to make headlines.

Hmmm well over the last 10 years rates and insurance have gone up by 50%... so that means renters are getting a good return compared to home owners. This doesn't include the exorbitant cost of repairs and maintenance which have increased about an equal measure over the same period. Renting is way cheaper.

Theoracle, if you wish to display your undoubted knowledge regarding the comparative plight of homeowners, possibly you should post your views on the many specific stories pertaining to housing that frequently appear on this site .Perhaps learning a few skills , will offset some of the exorbitant costs in regards to maintenance.

Oops, must have missed the memo about posting comments re an informed participant in the economy and impact of inflation across various areas. I will retreat to my ignorant cave.

Sorry, but renting is not always cheaper than owning at all!
Auckland and expensive places where rental returns are 3% but when you can buy decent places in other locations where the returns are 6%, you are far better owning.

Actually no, it has always been cheaper to rent at a national level overall when looking at properties ambivalently. I did a study on negative gearing, and found it’s actually not a recent phenomenon, and has no real bearing as a pre predictor for property downturns in NZ. The market funnily enough has been negatively geared for 30-40 years it appears.

And just to really wind everyone up because it’s fun to challenge fallacies, it is actually relatively more expensive for homeowners to maintain properties, due to building and labour costs rising far in excess of rental prices. Rental prices are suppressed in an upturn due to the presence of negative gearing in the market, especially once accounting for inflation adjustments.

You may or may not be right regarding the relative costs of renting and ownership,but some of your English is pretty dodgy. "looking at properties ambivalently". What does that mean? Ambivalence refers to having two conflicting emotions at the same time. Contradictory or equivocal have similar meanings. In a subsequent post you wrote 'hero's',which is wrong on two counts. Firstly, the plural of hero is heroes and secondly,as a plural,it requires no apostrophe.

How is grammatical persecution relevant to the commenters message?

One definition of oracle is; person believed to make infallible predictions. Given your status,though admittedly self-described,you should surely have been able to answer your own question.
You may accuse me of pedantry,but persecution? certainly not. I was merely trying to be helpful and share such little knowledge as I possess. I must admit however,that I am baffled by the widespread ignorance of where an apostrophe should and should not be used. If you don't know when to use it,just leave it out. Perhaps in time,they will quietly disappear from normal usage,leaving only tragics like me to mourn their passing.

How is grammatical persecution relevant to the content of their message? I thought they made fair comments and that this was a forum for exchange of ideas and perspectives.

I agree Cowpat, and how is rent... 9.33% of my weekly wage? Also.. Re CPI.. just because the price of something didn't rise for a year or two... does not mean it isn't overpriced.

The Reverse Bank of NZ has been providing security and support for the real estate industry for too many years now ... Bloomberg claim we have the most unaffordable houses on earth ... the OECD has issued similar warnings ....
... heedless of this ... the pimp is still watching carefully over his prostitutes ... and guess who'll get to clean up the mess after it all goes horribly wrong

The RBNZ are hero’s. Don’t talk smack about things you don’t understand, it’s embarrassing for you, and disrespectful to others.

The RBNZ are complicit in aiding and abetting the material risk to financial stability. Allowing rampant money/credit creation over and above any economic fundamentals and all tied to housing, encouraging the dogmatic borrow and spend mentality and the illusion of wealth in inflated home prices, and allowing entire economies to be beholden to the banks.

Wasn't the ANZ's own inflation measure running at 2.8%? And the recent article here on Interest.co.nz highlighted that cost of living inflation is basically running similarly - higher than the official measure.

What's the use of the official measure then? Good just to ensure we can keep attempting to pump asset prices?

So whats the truth ?

Why are we attempting to stimulate an economy which they tell us is doing just fine, where we have near full employment , and very cheap money ?

"the impetus to cut rates to stimulate the growth the economy needs". Really? Has the author not considered the possibility that rate cuts might,just might, offer ever diminishing bangs for their buck?

The only case I can see for rate cuts is to prevent a surge in our $ as other countries cut their rates and how long can we play that game? As a long-term stockmarket investor,perhaps I should welcome continued cuts,as it enhances-at least in the short-term,the attractions of the dividend orientated companies in which I predominantly invest but as I watch the price of my holdings in MEL,CEN,TPW and others keep climbing,it makes me nervous. I have just taken another slice off the top of these holdings. At some point,their prices will fall back and I will buy back in.