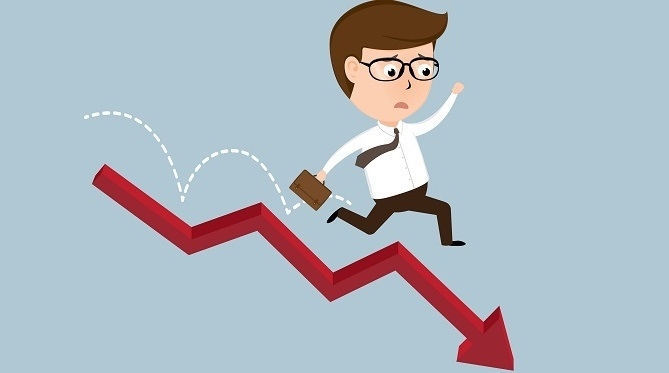 New Zealand could possibly have just had its biggest quarterly increase in prices for a year - but that's not going to stop the overall picture turning to one of flagging inflation.

While the September quarter Consumer Price Index released by Statistics New Zealand on Wednesday (October 16) could show a 0.6% or even 0.7% rise (the latter figure would make the highest rise since September 2018) the very weak December 2018 and March 2019 quarterly figures (each just a 0.1% rise) could drag the annual rate of inflation below 1.5%, which would be the lowest annual increase in 18 months.

And economists while seeing some short term pricing pressures, see nothing on the horizon that will discourage the Reserve Bank from further cuts to the Official Cash Rate (currently at 1%) in an attempt to stimulate the economy.

The RBNZ itself has a CPI forecast (made in its August Monetary Policy Statement) that is at the low end of market forecasts, namely for 0.5% quarterly inflation and an annual figure of 1.3%.

ANZ chief economist Sharon Zollner and economist Michael Callaghan are forecasting a 0.7% quarterly rise in inflation (1.5% annual) and see some upside risk to that following some surprising strength in the ANZ's most recent Monthly Inflation Gauge.

They say factors driving the 0.7% quarterly rise they are expecting have included:

ASB senior economist Mark Smith, who is picking a 0.6% quarterly price rise and 1.4% annual gain, says the tradable/non-tradable inflation split is expected to highlight the offsetting influences on the inflation process.

"Seasonal increase in food prices are expected to deliver a 0.4% qoq rise in Q3 tradable prices (-0.4% yoy). Despite the NZD hovering just above 10-year lows against the USD, there are few signs of an imminent pick-up in tradable prices. The low global inflation backdrop and competitive pressures are expected to cap price increases in the tradable goods sector," he says.

But he says the focus of ASB economists will be on the core inflation measures, which are expected to oscillate around 2% year-on-year.

"Annual inflation from the RBNZ’s sectoral factor model (released Wednesday 16 October at 3pm) has not been above 2% for 10 years. We expect another 1.7% year-on-year print.

"Low readings for core consumer price inflation suggest there is a structural (long-lasting) element to the inflation process," he says.

"The RBNZ remains confident that the economy will respond to the policy stimulus delivered, which should eventually push inflation higher.

"We harbour doubts as to whether the economy will respond with as much vigour. Spare capacity in the NZ labour market and economy in general looks set to increase and this will likely dampen medium-term inflationary pressure. More policy support will be needed to drive inflation higher and we expect a further 50bps of OCR cuts by early 2020."

ANZ's Zollner and Callaghan say taking much signal from the September Quarter inflation figures would be "navigating by looking in the rearview mirror".

"Inflation is a lagging indicator, and recent strength reflects previous stretch in the economy. For the RBNZ, a stronger-than-expected non-tradable inflation print would be unlikely to sway the [Monetary Policy] Committee from a November cut, or the possibility of more cuts into 2020," they say.

They note that annual GDP growth was down to a six-year low of 2.1% year-on-year last quarter, and with growth set to remain subdued, it looks like more slack will open up in the economy.

"More slack means less price pressures ahead, something that the RBNZ will be acutely concerned about, given that inflation expectations are already low. And the outlook for domestic inflationary pressure is getting weaker by the day. Business surveys now confirm that capacity pressures have eased, with a lack of demand increasingly becoming a constraint for firms, with many businesses now expecting to lay off staff after years of reported labour shortages.

"On top of that, cost pressures are moderating and pricing intentions have slumped.

"All up, inflation is likely to continue to fall short of 2% and potential underlying strength in Q3’s inflation print won’t be enough to comfort the RBNZ.

"The RBNZ needs GDP growth to accelerate to achieve a sustained lift in inflation to 2%, and that is looking increasingly unlikely to occur. We’re expecting a 25bp cut in November, and further cuts in February and May to take the OCR to 0.25%.."

Doesn't take a rocket scientist to understand that the strain on supply of essential items in NZ has allowed non-tradeable inflation to take bigger chunk of the nation's median income, forcing households to cut back on discretionary items.
The RBNZ could begin with an in-depth assessment of how monetary easing in the past 3 years or so have fared in terms of capacity expansion in non-tradeable supply before blindly delivering any further cuts.
That being the smarter thing to do wouldn't be on the central bank's to-do list.

I say, are you suggesting that "non-tradeable inflation" is code for more bureaucracy, more regulation and excessive immigration? Surely, not?

I was just talking to friends at the weekend about inflation on farm, I think it's running at around %6.

Councils are leading the way.

I would agree AJ about 5 to 6% going back over my bills for the last couple of years. Not the discretionary stuff, but the necessities...

100% agree, reported numbers seem so disconnected from reality. I think the RBNZ have lost control of the situation and will continue to drop rates. They will fiddle the inflation numbers to justify it. Look at a chart for gold in nz dollars over the past 20 years!

Wait till climate change gets factored in after the local elections....

..the major cost of climate change has little to do with Councillors or Govt.

Correct. However, theyll charge us for it nonetheless

Tell someone with those returns there is no inflation. Inflation there is, but being used to smash the frugal and encourage the spenders.

"being used to smash the frugal and encourage the spenders" - surely that is the purpose!

So one of the major costs to business is progressively dropped.

Funding the increasing upfront cost of salary/wage cash flows as their net present value rises today, after each interest rate cut, demands more capital commitment at a time when wages need to rise to offset the rising present value of future household liabilities.

inflation has been curtailed by the devaluing of money through the mass creation of credit.
its been a byproduct,
the only thing than has risen in value to match the money flow has been asset prices which has sucked the life of many economies.
so what happens now as the world is slowing again and the printing presses warm up,

"The RBNZ needs GDP growth to accelerate to achieve a sustained lift in inflation to 2%, and that is looking increasingly unlikely to occur. We’re expecting a 25bp cut in November, and further cuts in February and May to take the OCR to 0.25%.."

Well trodden paths undertaken by Germany's ECB and Japan without any tangible outcome consistent with raising CPI. When will the RBNZ appraise the failed certainty that monetary policy "stimulus" equates to lower interest rates? Time for empiricism to trump ideology.

For those who haven't read it:
https://ourfiniteworld.com/2019/09/12/our-energy-and-debt-predicament-i…

fig 9 is a wee classic, but the whole is worth the read.

WOW , I recall in the 1970's and 80's how inflation was the bogeymen .......... we were all concerned about this evil which eroded buying power and made interest rates ( and houses ) unaffordable .

Its an evil , that I dont ever want to see again

What you will see, however, is the eroding of your purchasing-power.

For as long as the system staggers on. Global debt is at this stage, unrepayable.

War on inflation was like the war on drugs i.e. one part of society attacking the other. Because we were all partaking in the (at that time) industrialised economy, the theory goes that workers received pay raises and it in turn allegedly inflated the economy which was unacceptable. Not that the owners of capital were prepared to accept lesser returns for themselves to reduce inflationary pressures. Oh no, quite the opposite in fact. The subsequent disinvestment from industrialisation and shift toward monetization by capital solved the issue of workers inflationary pressures on the economy quicksmart, all the manufacturing jobs started disappearing simultaneous with the arrival of neoliberalism. Now our economies consist largely of financial speculation and technology services which as we are now finding to our horror employ far fewer workers than the industrial era and our economies are fundamentally different. Any jobs that do exist are increasingly casualised and low paid and who is going to spend in any sort of an inflationary manner if their income stream is uncertain?