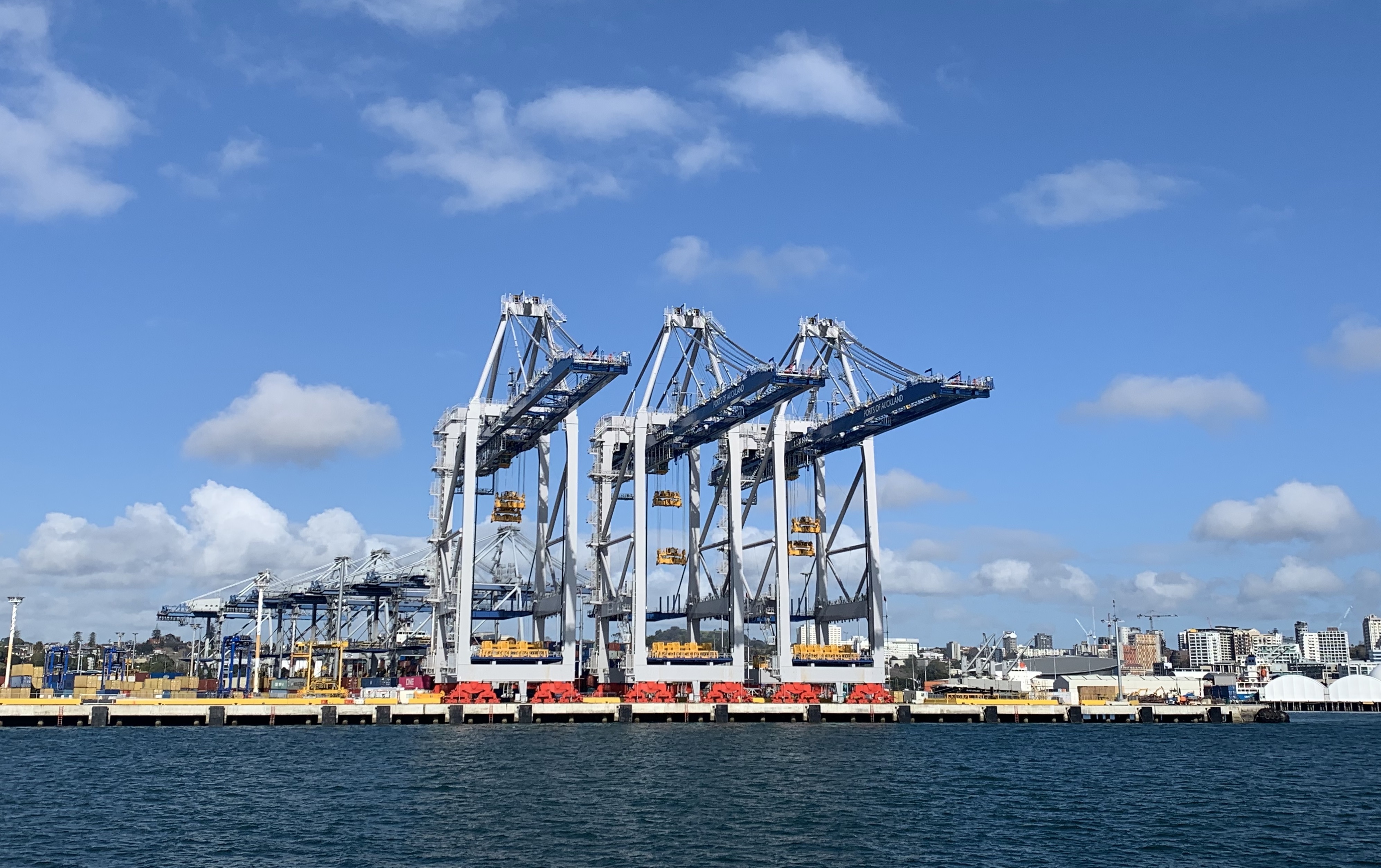 Finance Minister Grant Robertson says government agencies are preparing for the impacts of coronavirus lingering for all of 2020.

In a speech delivered last Thursday, Robertson outlined the three scenarios Treasury, the Reserve Bank (RBNZ) and the Ministry of Business, Innovation and Employment (MBIE) were preparing for.

He indicated the least severe “scenario one” was most applicable at the time, saying: “Current analysis of the economic impacts of coronavirus from various forecasters has focussed on a scenario where the virus is contained and there is a short, sharp impact on the global economy in the first half of 2020, before activity returns to normal levels.”

However with the virus since spreading to more countries, including New Zealand, Robertson on Tuesday said we’ve moved towards the second scenario of longer-term impacts on the economy through the year.

Last week Robertson explained that under “scenario two”, “We would expect to experience a decline in visitor arrivals from other markets outside of the temporary travel ban due to the economic impact that the virus has in other countries...

“These external effects lead to broader indirect impacts across the domestic economy, with business and consumer confidence falling and the subsequent impact on investment and spending decisions.”

Robertson said we weren’t at “scenario three” in which a global pandemic would create a global downturn or recession.

This scenario would require “immediate fiscal stimulus to support the economy as a whole”.

Robertson on Tuesday confirmed: “We’re still talking about a situation where we’ve got quite specific impacts on specific sectors.”

Robertson also said it was a mixed picture in terms of which sectors, affected by supply chain disruptions, could source stock elsewhere, and how quickly they could do so.

“Obviously, the automatic stabilisers [IE a lower dollar and use of the existing welfare system] are kicking in. We’ve got more activity coming through the Ministry of Social Development, Inland Revenue… possible monetary policy responses,” Robertson said, reiterating that the current focus was on “sector-specific, region-specific type interventions versus bigger and longer-term interventions”.

“We have it under constant monitoring.”

Sense Partners economist, Shamubeel Eaqub, and Kiwibank chief economist, Jarrod Kerr, are among those calling for the government to urgently announce bigger plans to help encourage demand and stimulate the economy.

Economists are now also forecasting Official Cash Rate (OCR) cuts worth 50-points, if not 75-points, this year. The OCR is already at a record low of just 1%.

Robertson said he was sure the RBNZ was watching moves being made by its counterparts overseas - especially the likes of Federal Reserve, European Central Bank, Bank of England and Bank of Japan.

“But those are decisions - independent ones - for the Bank,” Robertson said.

With the RBNZ’s next OCR review due on March 25, there has been speculation over whether it would make an emergency cut earlier.

Asked whether if it did so, it would be a sign that the government isn’t doing enough, Robertson said no.

“Monetary and fiscal policy go together. We’re obviously operating an expansionary fiscal policy, both through the infrastructure announcements we’ve made, but also through our previous decisions.

“They’ll be reacting to the circumstances they’re in and I’m sure keeping an eye on the international environment.”

While the RBNZ is working with Treasury and MBIE on the different scenarios, Robertson assured it was still acting completely independently on the monetary policy front.

The Government has allocated $4 million towards the Regional Business Partners programme to provide businesses with practical advice on issues like payroll and liaising with the Inland Revenue on tax payments.

Robertson said that as at last Friday, the Inland Revenue had been contacted by 120 businesses about deferring tax payments.

The Government will also establish 16 rapid response Ministry of Social Development teams to assist with immediate needs such as helping move workers into other employment and referring those in need of further support to other government agencies.

Economic Development Minister Phil Twyford is visiting Gisborne Tairāwhiti where the slowdown in the forestry industry has already affected up to 300 workers and their families.

“The Provincial Growth Fund is funding local roading projects in the area and we’re also looking at whether this will provide an opportunity to help retrain workers into an area where there are skill shortages,” Twyford said.

Robertson said he was delaying confirming Budget 2020 spending decisions “as late as we possibly can”.

He said he was developing a core budget, but then had a range of options he could draw on, largely based on his three scenarios.

The budget will be delivered on May 14.

The National Party is attacking the Government for poor economic management, saying it would be better placed to respond to coronavirus if its policies had helped grow the economy more up until this point.

If in government, he said National would impose permanent income tax cuts. He wouldn’t say what these would cost, where the money would come from, what they would look like, and how they would benefit those who’ve lost their jobs due to coronavirus, but said they would be targeted at middle income earners.

Interesting, I note that the Australian government has announced a coordinated fiscal package to go with the RBAs rate cut. Even banks will pass forward the full rate cut to consumers. Time will tell if a coordinated or piecemeal approach worked better.

Squishy, where have you seen this Aussie government announcement?

the australian govt also promised grants for those businesses affected by the bushfires two months ago,most applicants are still waiting to see if they will get it.

a lot of import/export companies are reducing staff already, the factory for NZ china has stopped producing,
i think its only a matter of time before you see big down grades in profit for companies like mainfreight, Freightways, all the ports

As I've mentioned elsewhere - the issues will be jobs, income and business survival.

Should it really bite there will need to be smart and well directed government intervention – to assist in job retention, income and business survival – for those businesses that deserve to survive.

I doubt a rate cut will be of great comfort to those that have lost or will shortly lose their lively hood – in many cases probably through no fault of their own.

And cheap money won’t get people into planes, hotels, malls. stadiums or at worse, outside of the safety of their home.

This is a superb piece from a Harvard economics professor:

Although, for New Zealand, we supply the workshop of the world with raw materials and import manufactured goods.

As an aside - are those 3 Chinese cranes in the accompanying photo actually operational yet?

They had a virus, didn't they?

Probably explains why they're so far away from the other cranes....

Trying to boost visitor numbers is criminally insane. Do they not see what is happening in the world? Infections (excl China) increasing 10x every 2 weeks. Huge hidden infection clusters in 3rd world (Egypt! Indonesia! like Iran before them), we are one of few nations in the world that can, maybe, avoid an epidemic that will kill 1-200k in NZ (medical system quickly overwhelmed ) until after vaccine is developed. Only hope is universal arrival quarantine and vigorous testing of everyone with sniffles, probably also 2-4week national shutdown quarantine. Vast scale death and long term disruptive cost many industries shut down for a year or more are inevitable otherwise.

Spending 4million on telling employers how to payroll and pay tax, and an extra 11 million on boosting visitor numbers is an entirely appropriate response to people getting a bad case of the flu.

COVID19 is not flu. The flu infects 10's of millions per year and kills about 0.05-0.1%. Less than 1% of infected require hospital, Wuflu hospitalises 15% and kills up to 5% once hospitals are (inevitably) overwhelmed a month or two in to the outbreak. It is also far more infectious than flu so will produce far faster rise and much higher peaks of infection.

NZ has a believed that to put all eggs into one prosperous basket. China - China managed to allure NZ that world for us means prosperity when deal with China in every aspects. Will China promote Brazil, India, USA, Russia, Canada, Japan, South Korea, Indonesia.. etc? - off course not, they're competitor let's not talk about them. China is for Chinese & Chinese is for China, China managed to Wow most of the current world's ruling elite by means of money.. to move their production based to China.. thus silently turn those countries to be dependent on one country produce.. you name it every sectors, how many NZ owned clothing companies close it's door? mentioned by means of one thing: 'price'.. get it all made in China, more profit - guess wha? If China want to attack NZ now days doesn't need a single bullet: just stop all those garments, plastics shipment to NZ - before you know it? - all of us stay naked at home, to shy venturing out.. naked, no cheaper Chinese import to wear. sigh..

We'll all be wearing Swazi

Over 80% of people commenting on this site hve called that it's going to be really bad but our Gov't is only just realising.

The govt has not realized a thing - because they are not pulling out all the stops to prevent it. Actively trying to promote tourism FFS!

In fairness, someone on Facebook suggests it's a deliberate effort at population control by evil nasty central governments.

He does spend too much time on Prager U, Infowars etc.

The more I hear about what's going down, the more it fits in with Mr Xi's playbook. Think about it. Your biggest customer has told you to pull your socks up. Stop cheating, stop pinching & stop lying about everything. Xi's been busted & his bag of tricks is running low. Let's play the virus card & see what happens. You never know, the Yanks might drop their rates so we can as well & let's see if we can rescue this sinking ship of ours. And before you have a pop at me for suggesting it, think about what the CCP are & what they've already done, and about what they're prepared to do to get their own way, and where do you end up?
Exactly. Right here!