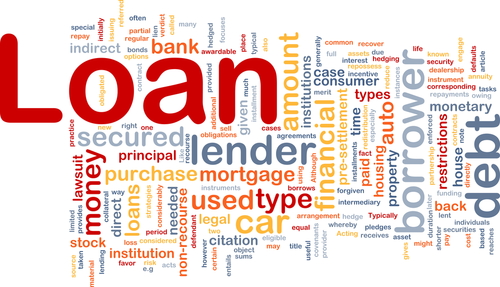 The rising house market is encouraging Kiwis to take on more debt again at levels that would have the Reserve Bank watching closely, though not yet with extreme concern.

The monthly credit figures for March just released by the RBNZ show that household borrowing - principally through mortgages - jumped by NZ$955 million during the month to NZ$193.55 billion. The new total is some 4.6% higher than the total 12 months ago. That's the highest 12-monthly rate of increase since November 2008.

During the month the amount outstanding on mortgages actually rose by more than one billion dollars for the first time in five years.

However, on a seasonally-adjusted basis, the new total household claims balance, which includes consumer debt, is 0.4% higher than the previous month's. This makes it the fourth consecutive month there has been a seasonally adjusted 0.4% climb, following a 0.5% rise in November. Such relatively tepid figures are unlikely to give the RBNZ sleepless nights at this stage, although they are warm enough to keep it paying close attention.

But while house prices are now showing signs of strength not seen since the last boom in the early-to-mid-2000s at the moment the credit growth is not galloping like it did then. In those days the monthly household borrowing figure was rising by as much as 1.5%, with 12-monthly rises of over 15%

However, the seasonally adjusted monthly rises of around 0.4% are the biggest increases seen on a consistent basis in about five years.

In other credit information for March, the agricultural sector posted a second consecutive annualised increase in debt of 5.2% to NZ$50.35 billion, having cracked the NZ$50 billion mark for the first time in February.

However, the business lending total dropped to NZ$78.92 billion from NZ$79.1 billion the previous month, although the 12-monthly comparison shows the latest figure 1.9% up on the same time a year ago.

Westpac senior economist Felix Delbrück said based on the recent 0.4 monthly rates of credit growth, the annualised rate of roughly 5% is "still fairly modest by historical standards, and far from the kind growth rates that we think would trigger the use of macro-prudential tools by the RBNZ."

Delbrück said the second month in a row of strong agricultural sector credit probably reflected farmers drawing on credit lines to offset the hit to their cash flows from drought.

Other business borrowing grew just 0.1% in the month - a return to the more or less flat trend seen since late last year, he said.

"As we noted in February's credit check, this slowdown in business credit seems largely to be outside the property and business services sectors - reflecting the two-speed, and domestically driven, nature of current economic growth."

The monthly credit figures for March just released by the RBNZ show that household borrowing - principally through mortgages - jumped by NZ$955 million during the month to NZ$193.55 billion. The new total is some 4.6% higher than the total 12 months ago. That's the highest 12-monthly rate of increase since November 2008.

Barely covered the interest bill on existing debt - a very necessary function the government was securing with monetised NZ government stock issuance up to a few months ago.

DH: and thoughts about incomes, all or by resi, bus and ag borrowers..
Comment back across the kitchen table this morning was: well what do you expect when it never needs be repaid..

Is this the Banks increasing their risk through poor lending policies? What deposit requirements are they requiring for each mortgage? What is the quality of the advice that they are providing to their borrowers, or their depositors on the risk they are putting their funds to?

Good questions - will they be answered? - doubt it, as too many new questions will demand answers.