Acting RBNZ Governor Grant Spencer is widely tipped to sit on his hands at Thursday’s OCR review, with very little change expected in his statement

Acting RBNZ Governor Grant Spencer is widely tipped to sit on his hands at Thursday’s OCR review, with very little change expected in his statement 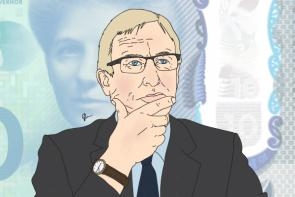 Acting Reserve Bank Governor Grant Spencer is not expected to rock the boat on Thursday and will likely keep the official cash rate (OCR) at rock-bottom levels.

But on the other side of the world, the US Federal Reserve is widely tipped to hike rates this week, which will have implications for New Zealand’s central bank.

The OCR review is the last before Adrian Orr takes over on March 27.

No economists are picking any change to the record low 1.75% OCR or the Reserve Bank’s expectation for rates to be hiked in the second half of 2019.

Westpac says it will be a “low-key affair,” and ANZ says monetary policy has taken a “back seat” to fiscal policy and the upcoming policy targets agreement.

The most notable piece of data was last week’s GDP figures, which showed slower than expected growth in 2017.

This won’t, however, be enough to force the Reserve Bank hand to alter its forecasts and the wording of Thursday’s statement is expected to remain mostly unchanged from February’s MPS statement.

Expect to see the all-important “monetary policy will remain accommodative for a considerable period” line to be repeated. 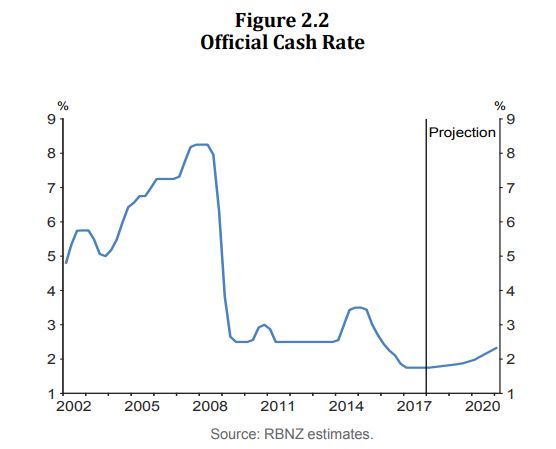 “With Adrian Orr taking the helm of the Bank from 27 March, there does not seem any reason for the Reserve Bank’s one-page statement to diverge too much from the February MPS policy assessment,” says Kiwibank Senior Economist Jeremy Couchman.

He says other than minor tweaks to keep the wording up-to-date, the statement will be broadly the same as last months.

But there could be a hint of concern around the growing protectionist rhetoric from the US.

Earlier this month, US President Donald Trump sparked concerns about a global trade war after placing tariffs on steel and aluminium – the EU threatened retaliation on US products bound for Europe.

“[The Reserve Bank] has been saying for quite some time either some global risks remain elevated or, as in the last statement, they talked about the volatility in financial markets.

“In this one, they may mention the trade risks and barriers,” Couchman says.

Meanwhile, the US Fed is widely expected to increase its interest rate band by 25 basis points to 1.50%-1.75%.

Couchman says the Fed has been signalling its plans to hike rates for quite some time and this week’s expected hike is already baked into market pricing.

But, he says, as the Fed tightens policy while the Reserve Bank leaves rates on hold that would put downward pressure on the US/kiwi exchange rate.

“That should see tradable inflation pick up in New Zealand, which will support inflation and will see the Reserve Bank starting to hike rates from next year.”

For most market watchers, the economic event of the week to watch will be the unveiling of the new policy targets agreement between the Finance Minister and new Reserve Bank Governor Adrian Orr.

It is expected to be released later this week before Orr takes the reins of the central bank next Tuesday.