Roger J Kerr says our currency seems to have 'zoomed' up too far and too fast, so, a fall seems likely in coming days

Roger J Kerr says our currency seems to have 'zoomed' up too far and too fast, so, a fall seems likely in coming days 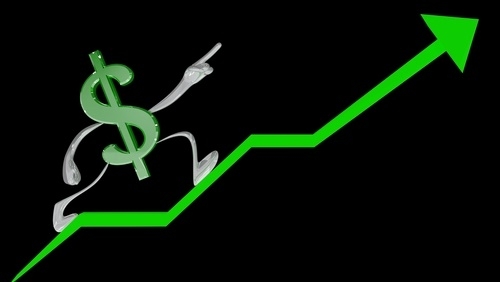 The Kiwi dollar and the Aussie dollar have posted impressive gains over the last three weeks.

Or more accurately, the US dollar has weakened sharply over the last three weeks allowing alternative currencies like the NZD and AUD to come back in favour in the eyes of international investors after several months of being out of favour.

After depreciating to a low of 0.6815 on 20 August following the Covid delta outbreak on 17 August and the RBNZ postponement of interest rate hikes on 18 August, the Kiwi dollar has rebounded back up by 3.5 cents (5%) to 0.7170.

As a consequence of the extraordinary NZD gains, it has appreciated to six-month highs on the cross-rates to the Euro (0.6020) and UK Pound Sterling (0.5160).

Therefore, there is more to the Kiwi dollar gains over recent times than just a weakening of the US dollar in global currency markets.

Given the severe lockdowns against the delta outbreak and the sheer uncertainty for businesses and industries of how long the economy will be restricted, it could have been expected that the Kiwi dollar would marginally underperform other currencies against the USD over this period. Therefore, the outperformance is surprising and requires explanation.

Several factors and forces have combined to boost the Kiwi sharply higher: -

Given that the above positives for the Kiwi dollar have already played through in the forex market, it would not be expected that the Kiwi can make immediate further gains to above 0.7200 i.e. the three forces are unlikely to repeat over coming weeks.

If anything, the NZD/USD rate has zoomed up too far, too fast, therefore a pull back to below 0.7100 appears more likely over coming days. Following that, the NZD/USD trading range over coming months will still be highly dependent upon where the USD goes from the current $1.1880 level against the Euro.

Bumpy ride for US economic data, and for the US dollar

Looking back to the widely held view in March, the US economy was forecast to deliver a rapid, sustained and smooth road to a stronger growth trajectory once the Covid vaccination rates allowed a return to work and normal activity levels.

The actual economic results and experience since March have been a lot more up and down, and as a result the expected stronger US dollar path has been anything but a smooth one.

The month to month volatility in consumer confidence measures, retail sales and employment data has made it a very tricky job for the Federal Reserve and FX markets alike.

The forex markets sold the USD against the EUR ahead of last Friday’s Nonfarm Payroll’s jobs figures for August in anticipation of a lower than forecast outcome. They were right, the 235,000 increase in jobs a long way short of the 725,000 consensus forecasts.

The more cautious and slower approach to tapering monetary stimulus from Fed boss Jerome Powell is supported by this volatility in economic data. It is clear that parts of America are also very cautious about returning to work as the delta strain hits the lower vaccinated southern states.

However, the employment insurance and welfare payments have now all terminated, so do not be surprised to see a strong bounce back in new jobs this month.

Therefore, it cannot be ruled out that the USD has one more push to $1.1600/$1.1500 against the Euro over coming weeks, pulling the NZD/USD rate lower.

The Federal Reserve FOMC voting meeting on 22 September still stands as a potential USD positive event as more members see the need to return interest rates to normal levels in 2022 and 2023.

We reiterate our long-standing view that by October/November time the global currency markets will have fully priced-in all the USD positives (Fed tapering this year, followed by interest rate increases next year) and from that point on the greater risk is for sustained US dollar weakness.

On Thursday 16th September the GDP growth figures are released for the June quarter.

Consensus forecasts are for a 0.60% increase, following the 1.0% contraction in the December 2020 quarter and the subsequent +1.60% rebound in the March quarter.

Stronger than expected retail and employment data over the June quarter suggest upside risk to the +0.60% consensus.

The RBNZ are forecasting +0.70% for the quarter and then continuing strong expansion through the second half of the year with +0.80% forecasts for both the September and December quarters. Bank economists expect the current housing and retail buoyancy to continue without any problems.

All seems fine and dandy, so what could go wrong to prove these bullish forecasts to be far too optimistic and fail to consider the evolving risks to New Zealand’s economic growth?

Should the aforementioned risks materialise into reality, the Kiwi dollar’s forecast gains against a weaker USD in 2022 may not be as pronounced as currently expected. Longer-term, New Zealand’s economic fundamentals are robust, as our Terms of Trade (export prices over import prices) return to record 40-year highs (refer chart below). 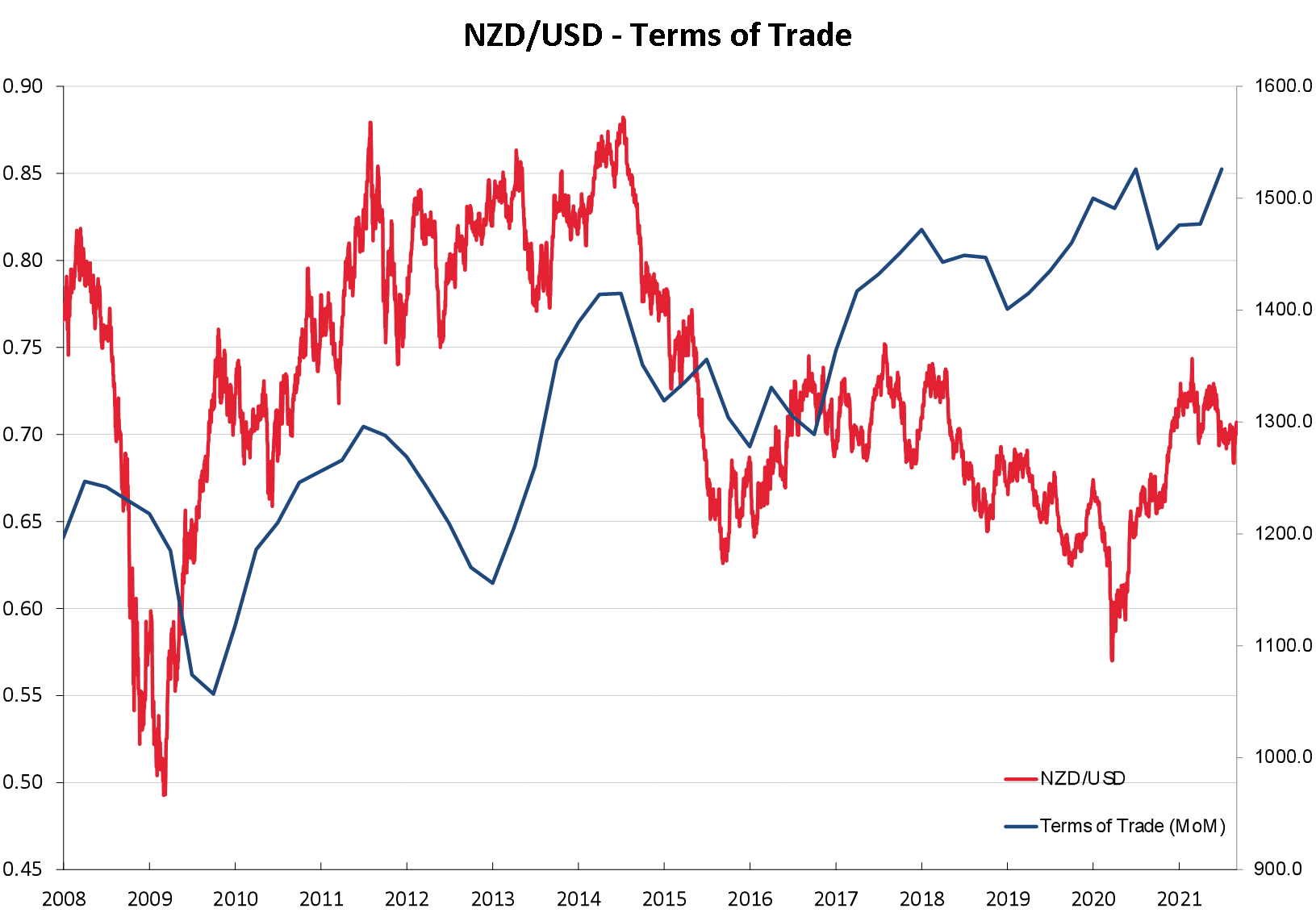 I'm of the opinion, the Delta strain or another variant could be a major problem for the Northern hemisphere over their coming winter. It should ease off down-under over the summer months. But next winter we'll be back doing what we are now. So I'm still of the view interest rates will continue to stagnate for the medium term.