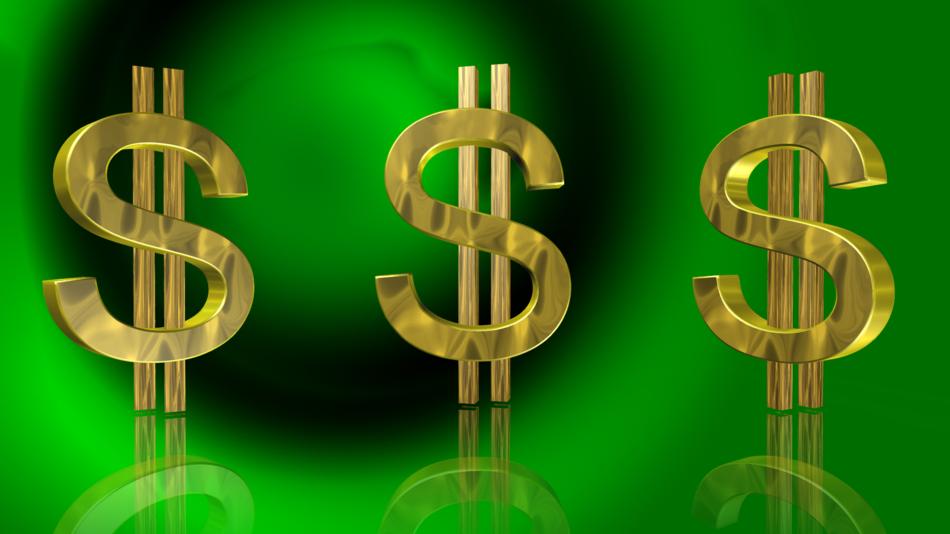 The NZD/USD exchange rate zoomed up to a high of 0.7170 just over a month ago on 30 August 2021, reportedly on the back of large-scale and concentrated NZD buying to settle a cross-border acquisition of a pet-food company.

It failed to break above that important chart resistance level (refer NZD downtrend line on the chart below) at 0.7170 and has since traded more than three cents lower to 0.6860 on 30 September 2021.

The sharp turnaround in direction due a stronger US dollar on global FX markets (as was expected at this time with the EUR/USD moving below $1.1600).

Also contributing to the weaker Kiwi dollar trend over the last month has been a growing realisation by the local financial markets that although the RBNZ will increase the OCR by 0.25% this Wednesday, their conviction and commitment to further multiple interest rate increases (monetary tightening) over coming months will be somewhat less than their gung-ho/bullish 18 August statement.

The Covid delta outbreak is having a much longer and fatter tail than the RBNZ would have considered as a risk factor in mid-August. The RBNZ will correctly be dialing-back their overly optimistic August outlook on the economy as the prolonged Auckland lockdowns continue with accompanying adverse economic consequences.

Lower US equity markets and a stronger US dollar hit the risk-sensitive antipodean currencies last Thursday 30th September, driving the NZD/USD rate down to 0.6860.

However, a surprise rise in US jobless claims (higher unemployment benefit applications) later that day caused the USD to weaken back, and the NZD rebounded upwards.

The Kiwi recovery was aided by the Australian dollar also finding buyers at 0.7200 against the USD when iron ore prices jumped up 10% on pre-holiday buying in China. The Aussie appreciated to 0.7270, allowing the Kiwi dollar to climb a full cent to 0.6950. Local USD exporters who have been judiciously placing NZD buy orders between 0.6950 and 0.6800 to top-up hedging percentages have yet again been richly rewarded.

Looking ahead at the likely NZD/USD direction over coming months, there will need to be an event or change that is materially different to what is currently priced-into the exchange rate to cause a movement, either way: -

The converging wedge formation on the NZD/USD chart over the last 12 month’s movements (the highs are lower, and the lows are higher) points to a day of reckoning and crunch-time ahead for the Kiwi dollar.

Over recent weeks, this column has been outlining the likelihood of one last bout of US dollar strength in September/October to $1.1500/1.1600 against the Euro which would fully price-in all the USD positives of QE tapering and interest rate increases in 2022 and 2023.

The EUR/USD rate traded at $1.1565 last Friday, so have we already witnessed that last bout of USD strength and from here their dual deficit problem suggests a weaker USD trend? Time will tell, but that probability has increased.

A weaker USD from current levels on the global stage points to the Kiwi dollar heading upwards and out the top-side of the converging wedge formation. The timing of that potential move could still be many weeks away, but that probability now appears somewhat higher than a break lower below 0.6800. 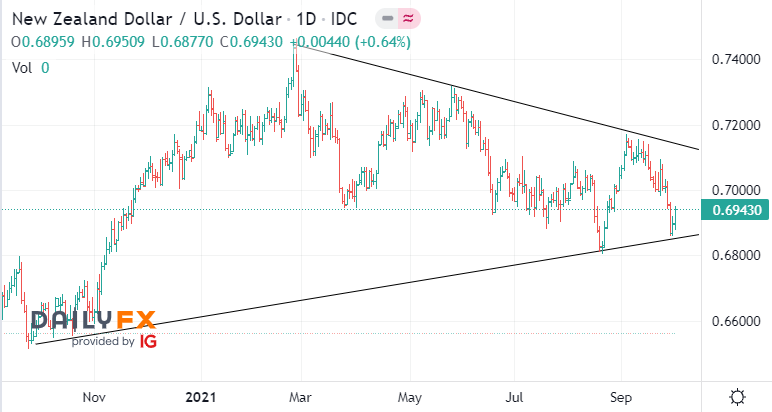 Agreed that there is anger building at the lockdowns people are getting fed up especially as they see groups flouting the objectives with impunity. However when delta wins which I believe it will shortly,  the health system will be in chaos as we are probably the least prepared of any country in the OECD for this outcome . The international view of nz will change affecting our economic prospects materially this will lower our dollar and the standing of adern in one fell swoop .

Charts as shown above can be interpreted in several ways, a converging wedge is i think a long straw.

I see it as a descending channel on this timescale