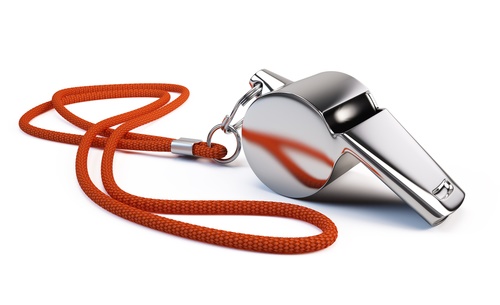 By the time you read this you'll know whether Nigel Owens had a good game refereeing the World Cup Final.

He will have made judgement calls that that will have been judged by rugby fans within seconds with the benefit of 20/20 hindsight in the form of action replays from more than a dozen angles.

We all hope that when those judgement calls are tight and the details are murky within the depths of the scrums and the rucks that he gives the game the benefit of the doubt and doesn't unjustly change the outcome. He (and we) won't want to feel like Craig Joubert after his wrong call in the last minutes of Australia's quarter-final victory over Scotland.

In many ways Reserve Bank Governor Graeme Wheeler has a similar role, having to make judgement calls about what he sees before him in real time, knowing that his decisions could affect the ultimate outcome for the economy at the end of the 'game' in 18 months to 2 years time.

Unfortunately for him, there are not a dozen action replays for him to look at in real time and there is no TMO. His decisions take 18 months to two years to play out in the bowels of the economy. The Reserve Bank Governor's role has been described as trying to drive around a corner by only looking in the rear view mirror and using one knee and one elbow to steer.

Yet he still has to make those judgement calls and there is growing criticism that his calls over the last two years have been poor. The Reserve Bank's job is to keep inflation between 1% and 3% over the long run and the Governor personally pledged to Finance Minister Bill English in 2012 to keep it around 2%.

But he has missed his target ever since. Annual Consumer Price Index inflation has been below 2% since the September quarter of 2011 and below 1% since the September quarter of 2014. The Reserve Bank's own measures of core inflation have been below 2% since March 2011. Meanwhile, unemployment bottomed out a year ago at 5.5% and has since risen to 5.9%. Economists expect it to rise over 6% next year and potentially as high as 7%.

To be fair he wasn't responsible for the results of the game in 2012 or 2013, but his decisions in 2014 and the results now are definitely in play.

His decision to hike the Official Cash Rate by 100 basis points to 3.5% between March and July last year was clearly wrong in hindsight. Governor Wheeler has blamed the failure of inflation to rise back into the forecast range of 1-3% on the slump in dairy prices and oil prices and a surprise rise in the New Zealand dollar to 88 USc. But that rise in the currency was a direct result of his rate hikes in combination with weaker inflation overseas and a series of monetary policy easings by other central banks. His refusal to acknowledge that mistake only serves to cast a spotlight on that error.

This week Governor Wheeler made another judgement call to pause his unwinding of those 2014 rate hikes, at least for another six weeks until December 10. Most people expect him to deliver a final cut then, although their confidence has wavered after the Governor's October 14 speech and his October 29 statement.

But why wait for six weeks to do something he is expected to do anyway? Inflation is very low and even the Governor acknowledged in his speech that new technology and the forces of globalisation seem to be blowing a new and chilly wind of low and falling prices through the global economy.

In essence, he is giving the benefit of his doubts to his fears about inflation, rather than the risks that unemployment will rise further and the export sector will be hurt further by high interest rates and an unjustifiably high currency.

Just as Nigel Owens has the right to make these judgement calls under the laws, he could have given his benefit of the doubt to those 148,000 unemployed people and those farmers recovering after years of a toxic combination of an unnaturally high currency and weak commodity prices.

Governor Wheeler argued in his speech this month that he was again keeping an eye on the Auckland housing market when setting interest rates and he was wary about it spilling over into general inflation. Yet he has repeatedly said over the last year that the wealth effect isn't as evident this time around as it was from 2002 to 2008.

His decision to stand still also needs to be put into the context of policy easings in Europe and China in recent weeks and the likelihood of another rate cut next week in Australia. All these signs of weak inflation and lower interest rates overseas have lifted the New Zealand dollar more than 7% above the Reserve Bank's own forecasts for the December quarter.

That means that even though Governor Wheeler did nothing this week, his inaction relative to other easings actually tightened New Zealand's monetary policy over the last six weeks. That won't help the unemployed or exporters over the next year or two.

Graeme Wheeler's job is tougher than Nigel Owens', but he should have given the benefit of the doubt to the economy in the form of a rate cut.

the government have a lot more control over unemployment, they set the conditions
allow high immigration during a down turn
set government polices to help business grow
the RB needs to worry about the CPI and financial stability

What makes you believe a series of rate cuts will produce anything different from that which did not materialise in the US @ ZIRP? View Graphic evidence - then read more

a) Lets see we had some OCR cuts and the exchange rate dropped, significantly. Sad for me as I import "odd" stuff and 20% more has made that slower. Until of course NZ stocks go and the NZ wholesalers prices and then retailers prices jump also. Ergo NZ exporters will benefit.

b) Not going into deflation, ie it is an asymmetric play, inflation is easy to cure and you have a huge margin to do it with ie an OCR of 10% overnight could be done, deflation by comparison is not and you cant cut much, even if fast.

c) The US didnt really fix the underlying problem with its financial system, ie send the financial parasites causing or majorly contributing to this mess to jail, instead allowed them to continue to cause mayhem.

I see you no longer quote zero hedge and David stockman's corner directly, but instead a contributor with the same Austrian heritage.

And yet... We are not the US and simple old fashioned out of date monetary policy that ignores wholesale banking might still work here in a messy, partly counterproductive, sort of way.

From the ANZ I found some graphs that showed what looked like a perfect correlation between NZ cpi annual % rate of change and the TWI annual % rate of change advanced 10 months. So dropping interest rates probably still does help the NZ dollar fall faster than otherwise and put up cpi with a 10 month lag.
Page 6 of http://www.anz.co.nz/resources/8/e/8e61c92c-f3b0-451a-9cba-667b52de126d/...

The other graph showed a near perfect correlation between the NZD/USD annual % rate of change and NZ house price annual % change but only to 2011. Since then something else is more powerful.

Any ideas about the cause of this breakdown? Eurodollar/Asian dollar wholesale banking dynamics or something less opaque and closer to home?

Mind you, this is nothing compared to what the US could be doing under a new GOP president,

One thought: we're coming up on the peak in the real estate buying/selling season. Deferring the rate change to as late as possible might be an attempt to not pour more fuel on that particular fire...