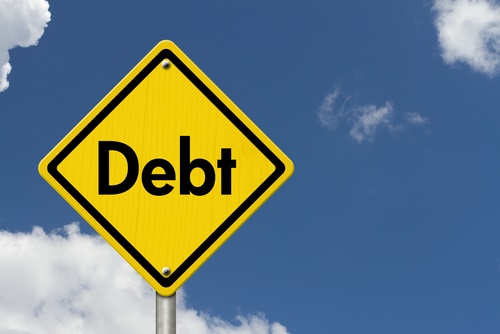 There might have been some sharp intaking of breath on this side of the Tasman (probably largely from housing investors) when news emerged last week of the crackdown in Australia on interest-only lending.

While we like to (particularly for sporting purposes) highlight the differences between our two countries, the reality is we are quite similar.

So, the obvious question would be whether something like the moves announced by the Australian Prudential Regulation Authority and then separately, but in very aligned fashion, this week by the Australian Securities and Investments Commission are either desirable or likely here.

Personally, I would see them as desirable. But likely? No. Not at this stage anyway. I think that's a pity because I see them on the one hand as a way for investors/speculators to keep pumping up the prices of houses, while for owner-occupiers they are potentially a dangerous trap, given that the owners become dependent on rising values to increase their equity. Risky.

I find interest-only loans a slightly curious thing in New Zealand. It seems to be something that not many people talk about, but clearly a lot do.

A browse of bank websites brings a variety of different responses to the subject of interest-only lending, but generally it's certainly not something heavily promoted. But again it's something the banks do a lot of.

The Reserve Bank's been taking much more of an interest in recent times in the subject and last year started regularly publishing figures on the amount of interest-only lending done collectively by the banks.

In introducing the new C32 lending tables in June last year, the RBNZ, indicated - if you read between the lines a bit - that it didn't view the current levels of interest-only lending as problematic.

Certainly, if you do some quick comparisons between this side of the Tasman and the other side, things quickly look quite chalk and cheese.

I confess, I was not aware that as much as 40% of Australian bank's existing mortgage loans are interest-only. That's a staggeringly high figure in my view.

When releasing the first set of interest-only stats here midway through last year, the RBNZ said the equivalent number here was about 28%. It also said that had been relatively consistent over time.

If the RBNZ's been concerned about interest-only lending, it might have had some concerns about the amount of such lending going to housing investors.

There's more than one way...

But proving that there really is more than one way to skin the proverbial cat, the RBNZ's moves announced last July to force investors to come up with 40% deposits seem to have curbed this.

Before the July announcement, on a monthly basis investors were often making up more than half of the amount borrowed on interest-only. As of February that proportion was just a little over 40%.

Likewise, the proportion of money advanced on interest-only terms every month has declined, from around 40% before the middle of last year to just 33% in February. And of course that latter figure is not much higher than the 30% APRA is now telling the banks they should limit themselves to.

But while our figures look a lot better than those across the ditch, I don't think there's room for complacency.

The RBNZ pointed out when introducing the new statistics that the proportion of interest-only on high LVR lending would be small. But it is worth noting the, from a small base, increase of the percentage of owner-occupiers on interest-only high LVR loans.

I don't see a lot of point in being on interest-only terms when living in your own home. There would just be the sense of not getting anywhere. The figures would suggest to me that some people are going interest-only because that's the only way they can afford the mortgage. And with interest rates this low currently. That's a scary prospect.

Okay, we don't have the stretched lending figures they have in Australia, but I would still like to see interest-only lending clamped down on.

Given that it is extensively used by investors/speculators, clamping down on it would clearly be another lever to control the housing market in the future - if it looks as though it will need it.

The other point is, it is just another way of derisking the banking sector.

Everybody seems reasonably comfortable with the situation in this country at the moment. And certainly we don't have some of the hair-raising figures that can be seen in Australia.

I still don't see though - given that the portion of interest only lending has now shrunk to about 33% on a monthly basis - why we couldn't apply that 30% rule too. Just as a prudent and pro-active measure.

they should bring in commercial practices for interest free loans, in fact we are told many times by MBIE and investors that rental housing is a business, why are the RB and the banks not classifying them a such.
like any business there is risk and the banks need to ensure a proper return for that risk
i.e http://www.interest.co.nz/borrowing/business-base-rates

Correct @ sharetrader , if I wanted to borrow from my friendly Bank to speculate on the NZX, I would be facing punitive interest rates , so why are property speculators treated differently ?

If that's punitive I'm all in.

Comparing home ownership risk with the NZX is a false equivalence. Residential rentals are a safe option for banks, especially where the LVR is less than 60%. Combine this with steady rental income, increasing population and a guarantee from the landlord (who normally has other assets and income) what's not to like.

In fact many banks are now doing just that....recognising people with on average 3 or more residential investment properties as "Commercial" customer's and charging them risk based interest rates as a result....rather than just carded home loan rates available to owner occupiers. This became a much more prudent approach following the 60/40 reserve bank lending changes that came into effect late last year. And with even more pressure now on banks when trying to secure funds to lend for "Commercial property" (whether actual commercial zoned property or a residential property in a larger portfolio) the goal posts are starting to move significantly.....certainly where I work and from what I understand talking to colleagues from other main banks with them also.

About time. Res property doesn't work at all with the business rates the bank offers me - 9% plus a bit, and unashamedly gouging the life out of me in fees, bless them.

We need a sensible approach .

Interest only lending when it comes to depreciating assets such as vehicles , equipment , plant and machinery is not good as it increases the bank risk , but when it comes to housing , some folk could not afford their homes if they had to pay down capital , in the initial stages of the mortgage .

So interest -only mortgages should be limited to the first 60 months of the mortgage term or for hardship cases where there are job losses or a loss of income .

For property investors and speculators , it should either be interest and capital or interest at overdraft rates at around 10% per annum

Boatman, housing loans are far less risky to Banks than Banks lending to Business!
Banks don't lose money on property lending as they have a sufficient margin from the security whereas business's do go broke!

Tell that to the Irish and American banks. Our bubble's probably more spectacular.

TM2 - but you told me yesterday you were running a business? So are you not a business now?

thats the interesting things with PI's they are only in business when it suits them.
most that own 1 or 2 se it as a super fund not as a business

Spot on "the man", look at it from the bank's perspective, 4 out of 5 new businesses fail in the 1st 5 years, by comparison very few house owners default on their mortgages, therefore house lending is more secure than business lending and therefore the bank can afford cheaper lending rates

Interest only mortgages are just one of the factors which have created this housing bubble. Others are money printing, and the more generic low mortgage rates, women in the workforce, extending the duration of loans, urban limits. All of these have gone in one direction only. If the direction of these change one by one, things will come back into line.
The working mother one may not change. However this may the counterbalanced by the male of the family not having a job any more due to the new "diversity" push and the associated bias against older workers. In which case these families will not be able to rustle up much in the way of a deposit or monthly mortgage payment.

Australians perhaps putting their big mortgages on interest only, with the intention of eventually making a big lump sum payment from their compulsory super which they can't access until age 60?

Which in turn, probably further pumps up prices.

A factor in the bubble is the poor lending practices of the banks. Having large amounts of debt at interest only falls in that category. Have several PI friends that are leveraging up big time all waiting for free capital gain and the income tax reduction that high debt levels bring.

Clearly the GOVT accepts this distortion/ or "gaming of the tax system" as a legit activity. Sad.

Poor lending practices? Can't be, they're making huge profit. Poor in terms of the ponzi nature of it all and the fact that their willingness to throw more money and incentives at buyers to pay ever higher prices, but their shareholders love it.

I hope my kiwisaver doesn't have bank shares in it! Sure, bank shareholders are doing OK now, but in a few years time......

So it's ok to have a person with 10% down on a 30 year table mortgage, but it be the devil if you have 40% equity and pay principal each month for your sins

I wonder how many other things we don't have in NZ we could "clamp down on"?

Look at it from the bank's perspective, 4 out of 5 new businesses fail in the 1st 5 years, by comparison very few house owners default on their mortgages, therefore house lending is more secure than business lending and therefore the bank can afford cheaper lending rates

You left out the part where the business owner could only get a business loan if it was secured against his home, which was lost when the business failed.

Yes, Ralph but I don't see how it correlates to banks loan interest rates ?

My thought was, if the loan price is linked to security then what you say makes sense. An unsecured business loan must be a higher risk than a house secured mortgage. But if the business loan had as its security a house then the risk profile of each loan is now much closer and the price should be similar..