The nation's largest mortgage lender cuts two rates and raises three as a new round of home loan rate changes grips the housing market. The laggards will undoubtedly follow

The nation's largest mortgage lender cuts two rates and raises three as a new round of home loan rate changes grips the housing market. The laggards will undoubtedly follow 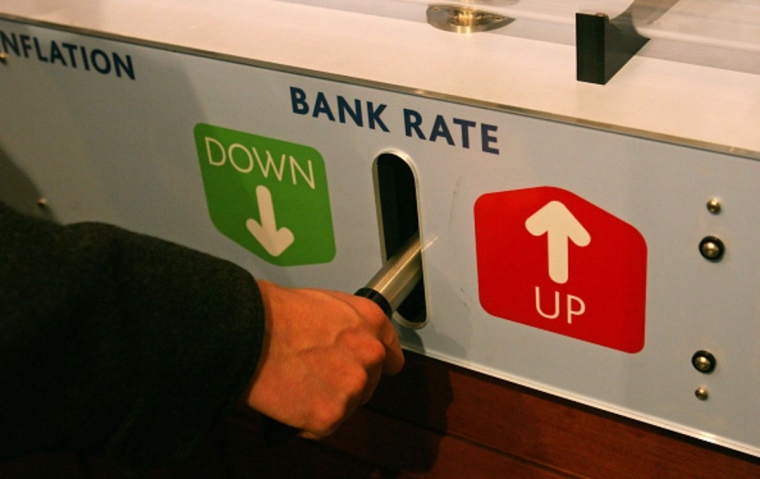 But that one year rate had already been adopted by Kiwibank in the last week.

However ANZ is the only major bank with a 2.35% eighteen month rate.

At the same time ANZ has raised its three year rate by +10 bps to 2.99% matching Kiwibank and Westpac.

The Co-operative Bank has changed rates too, cutting an 18 month one and raise them for 3, 4 and five years.

In wholesale markets, rates are slipping at the short end and with the support of the RBNZ are likely to stay low.

But things are less certain at the long end, with volatile signals on wholesale markets. It is still much less certain where these longer rates will end up, but a set of rising pressures is around.

Right now there is a 80 bps difference between one and three year rates, and another 100 bps to five years. These differences could vanish within a year or two, or more likely, the short term rates could rise to current three year rates quite quickly. Bank economists and the RBNZ are signally a +100 bps rise over the next year or so.

So three and five year rates currently look attractive if you have a long term perspective.

One useful way to make sense of these new changed home loan rates is to use our full-function mortgage calculators. (Term deposit rates can be assessed using this calculator).

Updated with a change from BNZ. More here.

So mortgage rates are going up AND down. The question is "Is inflation i.e. higher interest rates coming"? Place your best ladies & gents

I don't recall this happening before either.

Its because of the funding for lending programme that they are keeping short term rates artificially low.

Short term rates are where the business is at for banks...

RBNZ data "Data for April showed that around 76% of mortgage debt is either floating or up for rollover within the next 12 months."

Which is interesting, the FLP is going to concentrate borrowers into the short terms, so when it ends and these short term rates go up, there's going to be a quicker impulse through the economy of mortgage costs increasing.

One of the observations in the past is that when the RBNZ raises interest rates, it usually takes a while for that to actually flow into the economy through mortgages, since not a lot of debt is held in floating.

We took up the 2.99 rate with BNZ just before it disappeared on one loan. It will be interesting to see over the next 24-36 months if it was the right decision.

Smart move, you know your outgoings cant go up . Ive done the same.

I have a couple fixed at that rate for 5 years was keen on some certainty after retirement at 60 until I am able to draw super and KiwiSaver. I don’t think I will regret this move.

Just managed to secure 3.09% for 4 years with ANZ. I'm not too concerned if it doesn't provide the best savings, currently on track to have the mortgage cleared in 9 years so 45% of the mortgage duration is fixed certainty at payments we're comfortable with.

Well done NZ Dan, do you remember when you were contemplating wether to buy or not ? Sure was a good move,

Your 4.99% comment caught my eye then I realised you made a typo.

Surely you wouldn't fix your full loan at 5 years? Why not split it into different terms and spread the risk

Low interest rate is the new norm. Even if interest rate go up, it will be marginal as market will not allow them to move up, so chill.

And the party continues as all data / reports suggest that neither reintroduction of LVR not housing policy is having any effect on housing policy still our dear governor Mr Orr has data that no one has that suggest housing market is cooling.

When see news that nothing that governor and government has done is having any effect, cannot resist highlighting their lies and manipulation, even if it is repetition for if they shamelessly can repeatedly lie and manipulate, so can we.

My bet is the US 10 year yield will drop by years end due to QE.
I think our home loan rates will hover around where they are for a few years until they fall again to rock bottom. Eventually who knows when but eventually the world will reject buying US Govt debt and the whole world will crash and we start all over again.
A lot of pain and suffering but a new better system will hopefully follow with lots of prosperity too.

Not for the Billionaires, thats right on the money. Sure its going to crash and burn but there is always a segment of society that comes out of it even better than before, look at Covid.

FLP fraudsters thieving from the future. You won't see that in their fancy ads.

Just as a point of interest, while ANZ has publicly announced an increase in the long term rate card, the actual rates they are offering to customers who are refixing haven't changed (yet), but the short term rates have dropped.