Growth of household debt is flat at 0.4% in the latest month; the rush to fixed rate mortgages is continuing

Growth of household debt is flat at 0.4% in the latest month; the rush to fixed rate mortgages is continuing 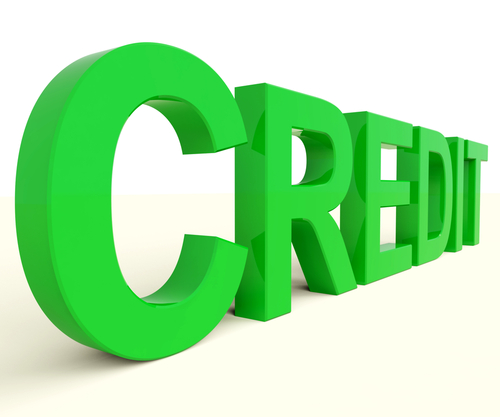 The growth in household borrowing has flattened out in a development that will please the Reserve Bank.

Latest sector credit figures released by the RBNZ show that in July total household claims - mainly mortgages - increased by a seasonally adjusted 0.4%, which is the same as in the previous month.

The RBNZ had been concerned that Kiwis might be returning to the borrow and spend ways of the mid-2000s when household claims were rising by as much as 1.5% a month.

The latest figures show that in the past 12 months the total household claims, which now stand at $197.086 billion, have risen by 5.2%.

And while that is actually the fastest rate of annual growth since October 2008, it is again well shy of the booming debt growth in the mid-2000s, with annualised rates of growth in the debt then of over 15%

Net housing lending increased by about $650 million during the month to $184.05 billion, giving annual growth of 5.5% - also the strongest annual rate since October 2008. But again the rate of lending growth has flattened in recent months.

While it may be too early to ascribe trends, the flattening of the credit growth could be a reaction to the much-anticipated moves by the RBNZ to put "speed limits" on high loan to value lending.

The commencement of the limits on October 1 was officially confirmed last week but had been expected for some weeks prior.

Meanwhile, house owners are clearly reacting to an expectation that interest rates have now bottomed and will next move upward, as more and more people are rushing to get fixed rate mortgages.

Some 54% of mortgages are now on fixed rates up from just 52.2% last month, while only three months ago more people had floating rate mortgages.

The impacts of such a switch are potentially two-fold. First, homeowners get relief for a time from rising interest rates. Second, the fact that the homeowners are not immediately affected by the rate rises means that any hikes the RBNZ implements don't have the same strong immediate dampening effect on the housing market.

Elsewhere in the latest credit statistics the figures are not tending to support the apparent wave of optimism in the economy.

Business lending dropped sharply in the past month from $79.586 billion to $77.836 billion. The new tally is just 0.4% ahead of the figure at the same time a year ago, while the annual growth rate in business lending has declined from 1.6% just a month earlier.

Agricultural lending is remaining quite flat in what could be a continued reaction to the drought earlier in the year - during which lending grew quite strongly.

The total outstanding to the agricultural sector rose from $50.742 billion to $50.931 billion, though the annual rate of growth continued to slow, up 3.6% compared with rates of over 5% earlier in the year.

She said that lower interest rates over recent years had encouraged borrowers to repay debt faster, which had "weighed" on bank net lending figures.

Turner said that while the new LVR limits were likely to subdue lending growth slightly, there would already be a number of loan pre-approvals in the system.

"As a result of the RBNZ's new rules, those with an existing high LVR pre-approval will become more motivated buyers, and this could temporarily boost lending growth."

Turner said it was "not immediately clear" what the driver was behind the weakness in business lending.

"There were large declines in food manufacturing (although some of this appears seasonal) and construction.  However, declines were not limited to these industries.  The weakness in business lending is surprising given the recent lift in business confidence with indications of investment intentions picking up."

"While it may be too early to ascribe trends, the flattening of the credit growth could be a reaction to the much-anticipated moves by the RBNZ to put "speed limits" on high loan to value lending."
Or it could be that since 2008 household debt has been a poor predictor of house prices (compared to historical figures) suggesting that LVR restrictions are not going to move national figures much either way.

All these articles in the news simply reinforce the fact that New Zealanders are already swamped with too much debt. Farmers aren't spending their record milk payouts because they're carrying too much debt. Lending growth, house prices (Auckland being the scary exception) and consumer spending aren't delivering on expectations because of the huge debt headwind we are all facing.

The signals are all pointing to long-term low aggregate growth, especially if the low wage growth we have seen for the last 5 or 6 years continues. If we aren't seeing any real wage growth, we can only carry so much debt. It's as simple as that.

Good to see Household debt is flattening. The next step is to build private  savings across all socio-economic groups, even if we have to do this compulsorily  .
Compulsory retirement savings are the mark of successful economies  such as Australia , Canada , Singapore , etc