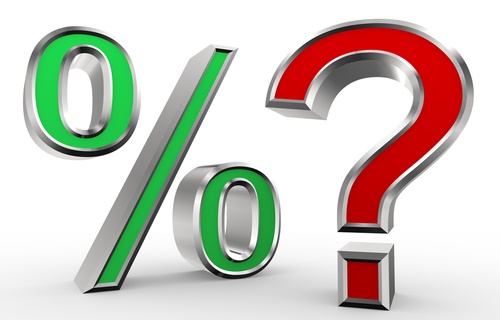 It could be May or nothing for a cut to the Official Cash Rate this year by the Reserve Bank, according to Westpac economists.

Following the RBNZ's sharp move towards an 'easing bias' in its March Monetary Policy Statement, the Westpac economists picked that the OCR would be cut when the next review takes place on May 8.

However, in their latest NZ Weekly Commentary, the Westpac economists note the recent improvements in the global economic backdrop since the March RBNZ statement.

"If the RBNZ doesn’t cut rates in May, there’s a chance that the door will be closed for the remainder of 2019," they say.

"Through the second half of this year, we expect that the firming in the global economy will be more obvious. We also expect to see an improvement in the domestic data pulse, particularly in the household sector."

The economists say the RBNZ will be looking at a softer near-term outlook for growth and inflation, but the outlook for 2020 won’t look as worrying as it did when it last reviewed the cash rate.

"Although we expect a cut, recent developments could see them standing pat in May."

The economists say the potential introduction of a capital gains tax has had an important dampening impact on economic confidence in recent months. With this policy now off the table, they see some potential impact on the housing market and household spending.

"In our own forecast, we had assumed its introduction would be a significant drag on nationwide house price growth over the next few years (and that was assuming that the policy would be watered down from what was initially proposed).

"Now, with this policy not proceeding, and with mortgage rates at very low levels, there is a chance of some reacceleration in the housing market over the coming months, along with an associated pickup in household spending."

They say what the cancellation of capital gains tax means for the RBNZ is a little less clear.

"Its usual practice is not to incorporate policy changes until they have been confirmed.

"However, potential policy changes can still affect confidence levels, and might still shade the RBNZ’s thinking about the outlook."

That's at interesting article David, thanks. Here's the context below, posts from Satish Ranchod and Mr Stephens. The Westpac economists seem to be dreaming of a recovery in the housing market, I saw the posts at the weekend pretty much pleading for a OCR cut and suggesting that the housing market would then accelerate. That credit impulse needs more fuel.. Anyone else had the thought that Jacinda isn't that worried or has taken some sensible advice about capital gains and that during her tenure future capital gains are going to be irrelevant anyway, because the the market collapse will see negative capital growth for most anyway (particularly on housing) for longer than she will be in charge anyway?

and an interest article in May from Westpac's Mr Mclean who knows they overcooked the credit creation on interest only lending. Flat doesn't happen with bubbles, they burst!

Real prices on the other hand are very different.

You won't see nominal prices fall much further than now, if at all, there will be um, lets just say, falls in other areas. It's a relative game ya know?

"Through the second half of this year, we expect that the firming in the global economy will be more obvious."

Really, why would that be? I certainly cannot see why the world economy would be in better shape in the 2nd half of 2019 or in the foreseeable future beyond that

Cutting interest rates has gone as far as it can for stimulus. Flogging a dead horse if you ask me. In fact increasing availability & encouraging more debt is counterproductive to both households & commerce. Buy hey, if you want stimulus and more money flowing into the private sector and economy, what about cutting tax rates? Oh hell, a Labour government, apart from the 4th, when did that ever happen? But wait, think recall they reduced the price of chewing gum once.

Quite amazing the range of NZD/USD rate predictions for the end of 2019.
Kiwibank are calling low 60's or high 50's, while BNZ I think it is, is calling 70 cents.

Hopefully the idea of an actual rate cut is dead. The banks have already dropped their rates on just the basis of speculation that a rate cut is on the cards. TD rates have dropped 25 points anyway at most banks. You have to look pretty hard to still find 3.4% now.

Actually, to be more accurate, both mortgage and TD rates dropped due to wholesale markets pricing in a 50% chance of an OCR drop. The Retail Banks dont control wholesale markets. 3.4% is a remarkable TD rate globally... especially with mortgage rates beginning with 3's also.