Westpac economists raise their farmgate milk price forecast to $7.90, while ANZ economists lift their pick to $7.70; both prices are well ahead of Fonterra's own forecast

Rural News
Westpac economists raise their farmgate milk price forecast to $7.90, while ANZ economists lift their pick to $7.70; both prices are well ahead of Fonterra's own forecast 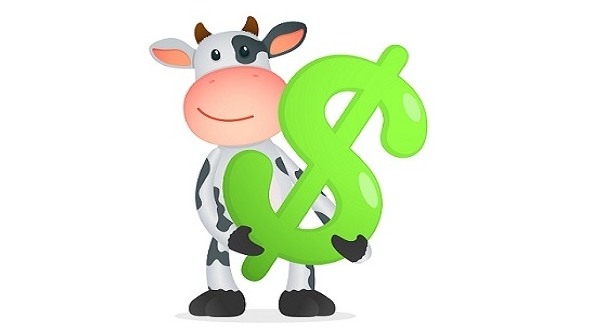 Economists at two of the biggest banks have hiked their milk price forecasts to a level well above dairy co-operative Fonterra's official forecast.

Westpac senior agri economist Nathan Penny has raised his pick from an already bullish $7.50 per kilogram of milk solids to $7.90.

And Susan Kilsby, agricultural economist at the country's biggest dairy farm lender ANZ, has raised her pick from $7.20 to $7.70.

Fonterra itself last reviewed its official forecast at the start of last month and currently has a range of $6.90 to $7.50, giving a 'midpoint' price of $7.20.

The latest developments would suggest Fonterra may need to start revising upward again. Its next 'set piece' public communication is scheduled for March 17 to release its half year results, so, an update to the milk price forecast then is entirely possible, if not before.

Westpac's Penny said that while the current auction price spike will prove temporary, "we expect the prices to settle at a firm level".

He said at the moment WMP prices "are on a tear". 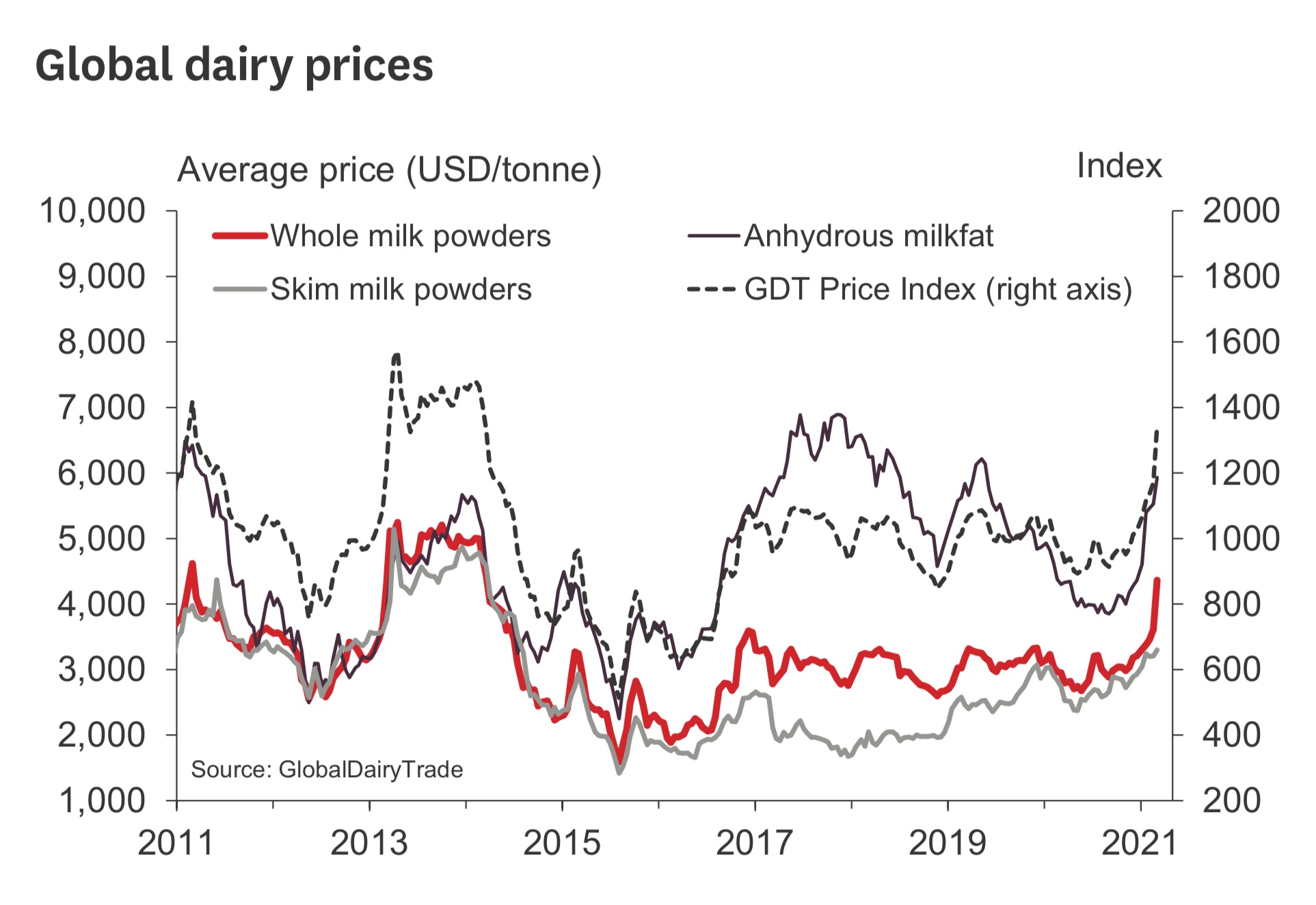 "Prices are up by nearly a half since November," Penny said.

"When taken with the similarly large increases in milk fat prices (butter and anhydrous milk fat) we can assert that this lift has a New Zealand angle to it. New Zealand is the largest exporter of both WMP and milk fats. Skim milk powder prices, in contrast, which the EU and US also heavily export, have increased by a more modest 22% since November."

ANZ's Kilsby noted that her forecast was "now well above the upper end of Fonterra’s milk price guidance".

"It is evident that demand for dairy products is currently strong. This is particularly the case for whole milk powder(WMP),for which demand is driven primarily by China. New Zealand is the largest supplier of WMP into the global market."

Anything above $7.60 this season would, if achieved, be the second highest ever price, following on from the actual price paid last season of $7.14.

The current season runs to the end of May. Already, thoughts are turning to the next one. Westpac's Penny says he is maintaining his 2021/22 milk price forecast at $7.25/kg, "while noting the clear upside risks".

Great news for the Farmers. They've had it tough with increased regulation & environmental costs (which is right) so hope the higher milk price gives them some confidence and well earned $ back in their coffers.

With Fonterra having recently done some hard yards to fix the complete screw up from the previous heads, and so far indicating they will make a profit,I can see some real pressure coming on the other processors from a high raw milk price. I guarantee there a bit of squirming going on in the financial departments of some at this moment.
Its worth remembering that last time it was climbing this high Fonterra had to nick $0.50 of the milk price to pay a $0.10 dividend.

NZD has appreciate 16% against USD in the past 12 months. Probably worth considering in the scheme of things.

Looking forward to seeing what a litre of milk or a block of cheese will cost next week.

Most kiwis already understand; corporate low/profit gone? govt will subsidy the replacement, so sit back and relax, the same as the free school kids luncheon initiatives, any future unrealistic grocery inflation will be met by swift govt. subsidies - NZ will not allow the citizen goes hungry, .. housing, climate, grocery to name a few which under subsidy scope.