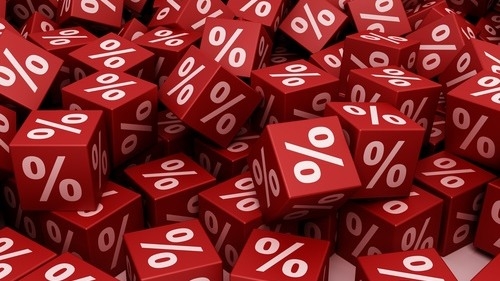 The panel of experts the New Zealand Institute of Economic Research has assembled to look at interest rates and the setting of the Official Cash Rate is increasingly questioning the wisdom of making more and more OCR cuts.

The Reserve Bank is widely expected to further cut the OCR to 1.25% on Wednesday from the current 1.5%. But whether this cut and potential further cuts are the right thing to do is coming under scrutiny.

The NZIER's so-called 'Shadow Board' consisting of bank economists, academics and business representatives makes a call before every rate decision on what will happen and what it thinks should happen.

Increasingly there's disparity between what the nine 'board' representatives think the RBNZ will do and what it SHOULD do.

One of the shadow board members is former Reserve Bank chairman Arthur Grimes.

Before the last rates decision in June Grimes actually came out and said he thought the RBNZ should be giving consideration to reversing the cut it had made in May (from 1.75% to 1.5%), styling that cut "unwise and unnecessary".

Grimes, who was RBNZ chair between 2003 and 2013 and is an academic and a senior fellow at Motu Research, hasn't reiterated his call for a reversal of the cut this time around - but he doesn't think the RBNZ should cut again and he questions the impact more cuts might have on the housing market.

"One of the major problems caused by interest rate reductions since the GFC has been to raise house prices, causing both increased poverty and a massive financial stability risk," he says.

"House prices need to fall and monetary policy should not prevent this from happening.

"Further interest rate reductions may therefore be counterproductive both for wellbeing and in exacerbating financial stability concerns."

Fellow academic and 'board' member Viv Hall of Victoria University in Wellington says it's not clear that a further 25 basis-point OCR cut will lead to materially greater economic growth and employment.

"The only strong argument for a cut at this stage would be if [Reserve Bank of Australia] cuts further on 6 August, resulting in an unsatisfactorily large 75 bp gap."

Another 'board' member Kerry Gupwell, CEO of environmental planning and design consultancy Boffa Miskell, says he's not sure if a further cut is needed in terms of trying to stimulate a slowing economy.

"...Perhaps other levers/decisions/execution is needed as part of a more broader economic strategy," he suggests.

BNZ head of research and shadow board member Stephen Toplis expects the RBNZ to cut the OCR to 1.25% on Wednesday and to "maintain a soft easing bias".

"...But we remain unconvinced that a cut in interest rates will have the desired impact on inflation in the current environment."

Other bank economists on the 'shadow board' are more pro-cuts, however.

"This has changed the outlook for New Zealand monetary policy, hence more weight on the likely need for a lower OCR."

Kiwibank economists have already stated their view this week that the OCR's ultimately heading for 0.75%, and possibly even lower.

And Kiwibank senior economist Jeremy Couchman, who is on the shadow board, said a 25bp cut to the OCR to backup May’s cut is warranted.

"The outlook for GDP growth has deteriorated, with business confidence pointing to slower growth over the second half of 2019. Major central banks are lining up to loosen policy to fend off the fallout from US-China trade tensions. The NZ dollar has strengthened as a result. The RBNZ may have to do more in the months ahead."

They should not reduce the OCR because it is ineffective in doing what the RBNZ wants.
A reduced OCR causes:
- savers for retirement save harder because their expectations of future returns have diminshed
- reduce spending power by fixed income holders
- holders of mortgages to pay off their mortgages faster because lower interest rates signal a worsening economy.

Agreed, let's pump the OCR up to 20% and show the world the confidence of the Kiwi "can do" attitude and set an example of how to "fire up" the world economy.

Nonetheless, NZ should never have replaced jobs gone to China with debt to buy and sell non-productive assets to each other which are not contributing to GDP.

Good idea, ban all imports and start making NZ mobile phones and vehicles. Let's show the world how to prosper the Kiwi way!

Never borrowed a dime to buy a phone or car.

Ahh, but were they NZ made?

Well i found you very funny, a shame others dont get why :-)

"One of the major problems caused by interest rate reductions since the GFC has been to raise house prices, causing both increased poverty and a massive financial stability risk," he says.

The problem is that if interest rates are low because growth is also low, then no valuation premium is “justified” at all. Link

The sheer majority of politicians, business lobby groups and economists agree that our economy has hit a glass ceiling due to lack of productive capacity in NZ.
The question here needs to be: are debt servicing costs the only factor hindering businesses, councils and the government from raising growth capital? If so, is there empirical evidence to prove that interest cuts from 2015 to date have boosted productive investments across the economy?

"One of the major problems caused by interest rate reductions since the GFC has been to raise house prices, causing both increased poverty and a massive financial stability risk"
Yes, what is the point in trying to prop up the housing bubble any further? Let's just admit it's a bubble that'll have to deflate. I guess lowering rates now is admitting that, but will it do anything but keep it inflated a little longer, leaving no ammunition for when it does? It's a situation of our own making, letting the speculative housing market get away. How did the previous govt and RBNZ not see this coming?

Whats wrong with having a recession? Or, as a society, are we in denial by thinking we can control all things and avoid all experiencs (such as necesary recessions) that we perceive as being negative?

There are many awful things about a recession. But I agree that you cannot avoid a recession by manipulating money supply. You postpone it and help it to gain more momentum so when it eventually happens, it is just that much more painful.

Classic Baby Boomers. They've mismanaged a golden time in history. Just a little bit longer to avoid the pain and pass it on to the next generation, so they can suck the retirement fund pool dry and leave that next generation with nothing when it's their turn to retire... at 80.

It has everything to do with " experts " taking Keynesian economics to insane degrees . .

Toute nation a le gouvernement qu'elle mérite - Every nation [/generation] gets the government it deserves.

Yes
By now it should be coming apparent (even to the Boomers) that they have over leveraged / over pillaged / over everythinged the hell out of the world for the last 50 years in the name of growth and progress .... that the Old days were indeed the good old days because the well has well and truely been sucked dry in the name of good times and passive earnings for holidays, retirements and hip ops ....

Ignorant perhaps, but despite Limits to growth 1972 and other warnings... they were the ones with their hands on the steering wheel

"..some of you need to think the long game. Your time will come soon enough, and I really hope you can become as self-indulgent as I am now.".."

"House prices need to fall and monetary policy should not try to prevent this" About bloody time someone in Grimes position said this. Look forward to it being on news later (NOT.....) This, in fact, is only reason they ARE cutting, apart from competitive currency devaluation and forlorn pitiable policy of world central banks to "prevent" recessions. So much for the business cycle and "free" markets. Lots of business for buyers when market drops to its lowest points, investors or FHB. Yet, the group holding most of housing equity and votes, would not like it, so banks and governments pretend to cry about high prices and do everything to keep them up. Our "leaders" are failing us, collectively. Only the top 25% of wealth holders gain.

"One of the major problems caused by interest rate reductions since the GFC has been to raise house prices, causing both increased poverty and a massive financial stability risk," he says.
"House prices need to fall and monetary policy should not prevent this from happening.
"Further interest rate reductions may therefore be counterproductive both for wellbeing and in exacerbating financial stability concerns."

I’m so happy to hear comments like this from “experts.” Maybe, just maybe, this might be a start in a shift in perception of our monetary system. Once we break the dominant narrative of “inflation good” then maybe we can actually make some progress.

Interest.co.nz seems to be having too many articles running concurrently on OCR ?

It shows how bad the ecenomy is..... but after few more cuts from this level.....Than what ?

In best scenario, may give some breathing space BUT than What ?

Quite honestly , even I have put off buying decisions recently because either money will be cheaper in a year's time or the price of the product will have come down .

We should be buying new vehicles for the practice as the current vehicles are all nearly 6 years old and have run their depreciation allowances down to very little , we usually buy every 5 years or 60 months to run in tandem with the warranty

So , simple old me is behaving true to form when we expect deflation , I am sitting on my hands doing nothing , we dont need to buy the vehicles, so it can wait .