ANZ economists now see OCR only going as low as 0.75% following a softening of the RBNZ proposals for bank capital, combined with a more positive domestic outlook and in particular upside to government infrastructure spending

Bonds
ANZ economists now see OCR only going as low as 0.75% following a softening of the RBNZ proposals for bank capital, combined with a more positive domestic outlook and in particular upside to government infrastructure spending 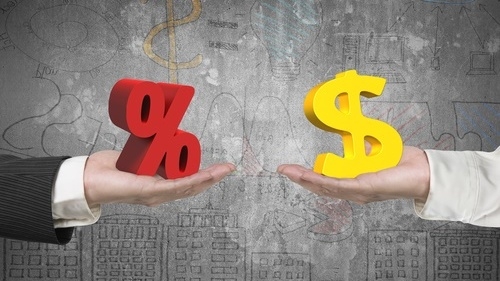 ANZ economists have changed their call and now see only one more cut to the Official Cash Rate, eventually taking it down to 0.75%.

It is only about a month ago the ANZ economists were seeing the OCR having to be lowered to 0.25% by the middle of next year, although they changed that to a bottom of 0.5% after the RBNZ kept the OCR unchanged in its November 13 review.

And it was the ANZ economists that first correctly forecast late last year that the RBNZ would be forced into a renewed cycle of monetary policy easing this year.

However, following the release of the RBNZ's final decisions on bank capital requirements on Thursday, ANZ chief economist Sharon Zollner and senior economist Liz Kendall said a softening of the capital proposals, combined with a more positive domestic outlook (and in particular upside to government infrastructure spending), meant they were changing their OCR call to only one further 25bp OCR cut in May next year, taking the OCR to 0.75%.

"We continue to see a lower OCR in time and these [RBNZ bank capital] changes will contribute to that, though less than previously expected," they said.

The economists said a back-of-the-envelope update of their previous modelling of the impact of the RBNZ’s proposed changes suggested a 30-60 basis points impact on the cost of credit.

"This is less than previously estimated due to a softening in the definition of eligible capital. Impacts are uncertain, however."

Zollner and Kendall said, however there were risks of effects "towards the higher end" of their forecast impact range this range and/or the possibility of a reduction in the availability of credit, particularly to agricultural and business sectors (reflecting the higher capital required for lending to these sectors).

"Overall, we expect a larger GDP impact than the RBNZ (perhaps as large as 1% if credit is squeezed, compared with their estimate of 0.2%), but any impacts will be over a long transition period and difficult to identify in practice."

They said the changes to bank capital requirements contribute to their view that growth will be slower than the RBNZ expects and the OCR eventually reduced further.

"We had a 25bp cut in August next year as a placeholder for the impact of these changes. However, a softening in the proposals, combined with a more positive domestic outlook and in particular, upside to government spending, mean we are changing our OCR call to only one further 25bp OCR cut, in May next year, taking the OCR to 0.75%."

Zollner and Kendall said risks to this outlook appeared balanced.

"With the OCR at just 1%, the RBNZ’s ability to offset the impact of the capital changes is limited, so if impacts are greater than the RBNZ expects, fire-power will diminish quickly, increasing the probability that unconventional measures are required.

"This would especially be the case if the economy was hit by any kind of negative shock over the transition period.

"But for now, the economic outlook appears to be brightening as the impact of previous monetary easing works through."

.75 with the capital requirements, how many left for the natural shocks? eg. big earthquake, floods etc.
World shocks? eg. trade wars, brexit (check UK small business the past 5yrs, that even still before this brexit live) - Natural world is so fluid & interconnected, the air, cloud, wind, rain, sea level. IF someone advising me that something major economically worldwide.. will not affecting NZ?.. I don't believe that, understand if it's small ripple like the last GFC, but.. hmn how about big ripple? .. 3 more cuts left? will help? or naa we immune to it.